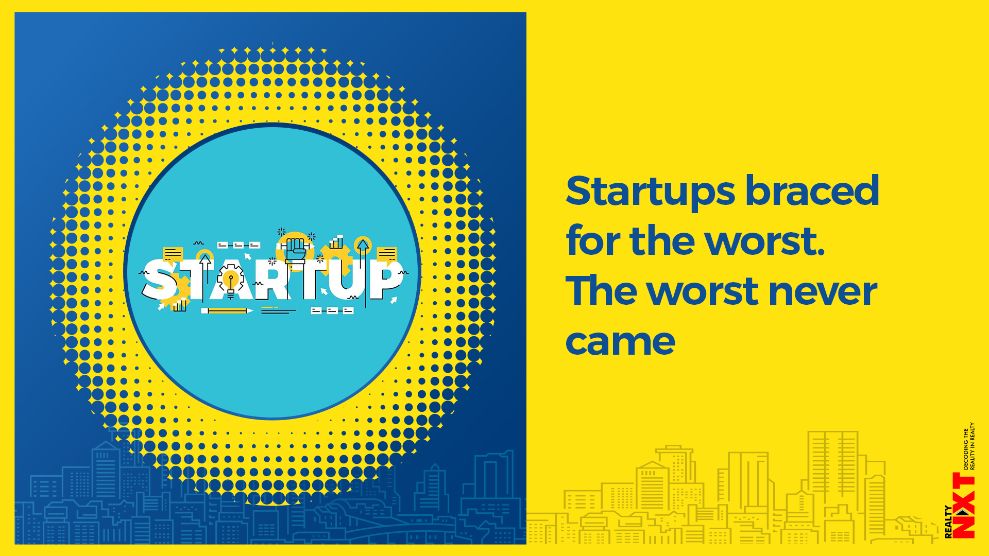 The stabilization has created a surreal disconnect between tech startups and the broader economy.

Getaround, a car-sharing startup, started the year by laying off 150 employees and scaling back some operations after it spent too much on a rapid expansion.

Two months later, with the spread of the coronavirus, business got even worse. The company laid off another 100 employees, asked those who remained to volunteer for pay cuts, obtained a government loan of $5 million to $10 million and battled bankruptcy rumors.

But in May, something unexpected happened: Business bounced back when people began using the startup’s cars to get on the road again. Getaround’s revenue in the United States for the year is now 40% above where it was a year ago. Last month, it brought back all of its furloughed employees and started hiring again.

“We have seen a very, very fast recovery,” said Sam Zaid, Getaround’s chief executive, adding that he was now raising more cash. “It’s been a bit of a wild ride.”

When the coronavirus pandemic first hit in March, many technology startups braced themselves for the end, as business dried up, venture capitalists warned of dark times ahead, and restructuring experts predicted the beginning of a “great unwinding” after a decade long boom. Five months later, those doomsday warnings have not translated into the drastic shakeout that many had expected.

Funding for young companies has stayed robust, particularly for the larger startups. Some of them, like stock trading app Robinhood and Discord, the social media site, have pulled in hundreds of millions of dollars in new capital in recent months, boosting their valuations. And initial public offerings of tech companies have come roaring back, alongside a surging stock market.

The stabilization has created a surreal disconnect between tech startups and the broader economy. While retailers, restaurant chains and many other companies are filing for bankruptcy and are dealing with one of the worst downturns on record, the tech industry has largely sidestepped the worst of the destruction.

Demand has surged for startups that offer virtual learning, telehealth, e-commerce, video games and streaming, and software for remote workers. Startups in areas like fitness or children’s activities also quickly adapted their offerings to go virtual.

That doesn’t mean tech startups have escaped unscathed. Some — like those providing travel services, restaurant software or tickets to events — watched revenue disappear. Stay Alfred, a luxury hospitality startup in Washington, recently began winding down its operations, blaming the virus. ScaleFactor, an accounting startup in Texas, and Stockwell, an office vending machine startup that was previously known as Bodega, did the same.

But overall, the money has continued flowing. Startups in the United States raised $34.3 billion in the second quarter, down slightly from $36 billion a year earlier, according to PitchBook and the National Venture Capital Association. Much of the financing went to the largest companies, with the number of “mega-rounds” (deals larger than $100 million) on a pace to top last year’s total.

“People are trying to focus on who they believe the winners are, on companies that have pivoted successfully to meet the new norm,” said Heather Gates, a managing director at Deloitte who advises startups.

Across Silicon Valley, the startup panic began dissipating around May. That was when layoffs slowed to a trickle, according to Layoffs.fyi, a site that tracks startup layoffs. Just 5% of the hundreds of companies that did layoffs went out of business, according to the site.

Hiring is now picking back up. Job openings posted to a network run by Drafted, a recruiting company, increased 30% in the last month, said Vinayak Ranade, its chief executive.

“Everyone woke up and thought, ‘Wait a second, people are still going to do business,’ ” said Steve Sloane, an investor at Menlo Ventures. “They’re just going to do it online.”

Some of the shift was fueled by startups adapting their businesses to the pandemic. One of those was ActivityHero, an online marketplace for children’s activities. In April, the San Francisco startup’s bookings dropped 88% as summer camps around the country canceled their programs, said Peggy Chang, its chief executive. She worried the company wouldn’t survive the year.

So ActivityHero encouraged its providers to offer virtual activities, promoting them to parents with free classes and small discounts. By the summer, bookings were back — just online. Now, Chang said, she sees online activities as a springboard to expand faster when in-person activities return.

Some larger startups have seized the opportunity to raise even more cash from investors. DoorDash and Instacart, two delivery services that have become more popular in the pandemic, collectively raised more than $600 million in funding in June, lifting their valuations to $16 billion for DoorDash and $13.7 billion for Instacart.

Robinhood, the online trading startup, raised $280 million in May and added $320 million in July as day trading surged while people were quarantined. Canva, an online design software provider, saw its growth accelerate as more people worked remotely, and it doubled its valuation to $6 billion in June. Discord, a social media chat service whose use increased roughly 50% in the pandemic, raised $100 million in June in a matter of weeks.

Ruben Flores-Martinez, founder of Cashdrop, an e-commerce startup, said he had struck out trying to raise funding for his company in January. But the virus pushed local merchants to move online, leading hundreds of them to try Cashdrop’s software.

“COVID just came and accelerated stuff exponentially,” said Flores-Martinez, who ultimately raised $2.7 million in funding for his startup in July.

He said he didn’t meet any of the investors in person, an increasingly common trait of startup deal-making in the pandemic. In a June survey of more than 150 venture capital firms conducted by OMERS Ventures, more than two-thirds said they were willing to do deals remotely. Half said their pipeline of new deals was the same as or more robust than it was before the pandemic.

Cyan Banister, a startup investor who put money into Cashdrop, said she had expected new deals to dry up in the pandemic. But she said her firm, Long Journey Ventures, had met so many new companies over Zoom calls that she and her partners instead became concerned that they were investing too quickly. The firm has done five deals, and Banister has made six personal investments in the pandemic.

“People made enough bread and grew enough gardens and decided to start working on a startup now,” she said. “We’re seeing people start to build things and come up with ideas.”

Even some of the hardest-hit startups are recovering. Sonder, a home rental startup, laid off or furloughed 417 employees in March. Three months later, its chief executive declared that it had returned to “growth mode” with 100 employees returning or having their hours restored. In June, it raised $170 million, above a target of $150 million, said Chris Arsenault, a venture capitalist at Inovia Capital, which has invested in Sonder.

Home-rental company Airbnb, which initially lost more than $1 billion in revenue from travel cancellations, has also seen bookings improve to pre-pandemic levels as people look for getaways within driving distance of their homes.

“This is something I never would have imagined telling you even eight weeks ago,” he said. “It kind of defies logic in a way.”