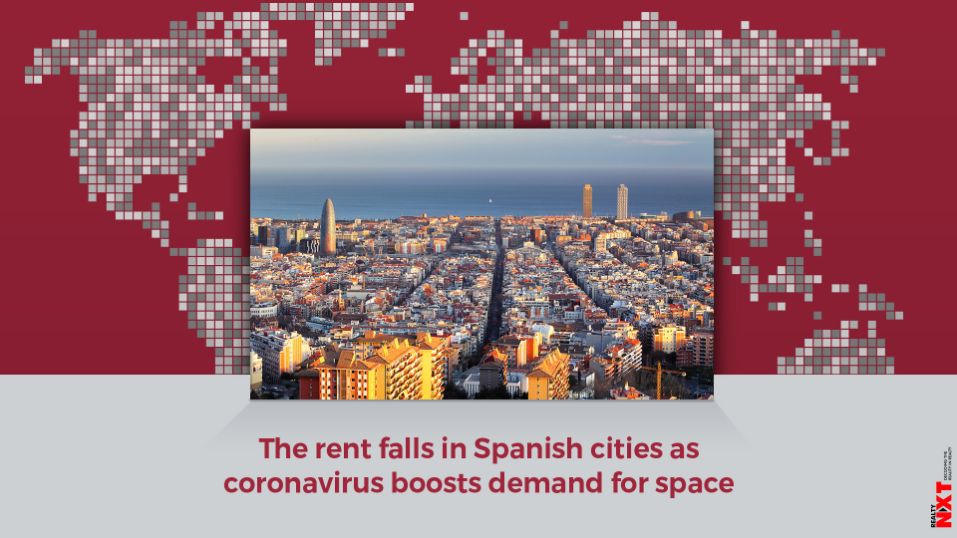 Between June and July, rents dropped by an average of 2.5% in Barcelona and 1.7% in Madrid, according to Fotocasa, although they remain Spain’s most expensive locations.

Rental prices in Spain’s major cities fell in July, data from one of the biggest property portals showed on Tuesday, as the coronavirus pandemic drove up interest in less densely-populated areas.

Between June and July, rents dropped by an average of 2.5% in Barcelona and 1.7% in Madrid, according to Fotocasa, although they remain Spain’s most expensive locations.

“Many Spaniards are considering leaving the big cities and going to live in outlying areas where they can find bigger, brighter and more spacious homes,” said Fotocasa’s communications director Anais Lopez.

Spain imposed one of Europe’s strictest lockdowns in March, confining a population known for spending time in parks and bars to their homes.

While average July rents across Spain ticked down 0.8% from June, they were still 7.9% higher year-on-year, the company said.

Around 17% of renters identified access to outdoor spaces as their main priority in a new property, compared with 11% before the pandemic, Fotocasa found.

“The lockdown and increase of remote working in Spain has led to a shift in housing demand, generating increasing interest in housing in villages with fewer than 5,000 inhabitants,” it said in a statement on Tuesday.

Between January and June the share of people looking for properties in such villages rose from 10.1% to 13.2% of all searches, the company said.