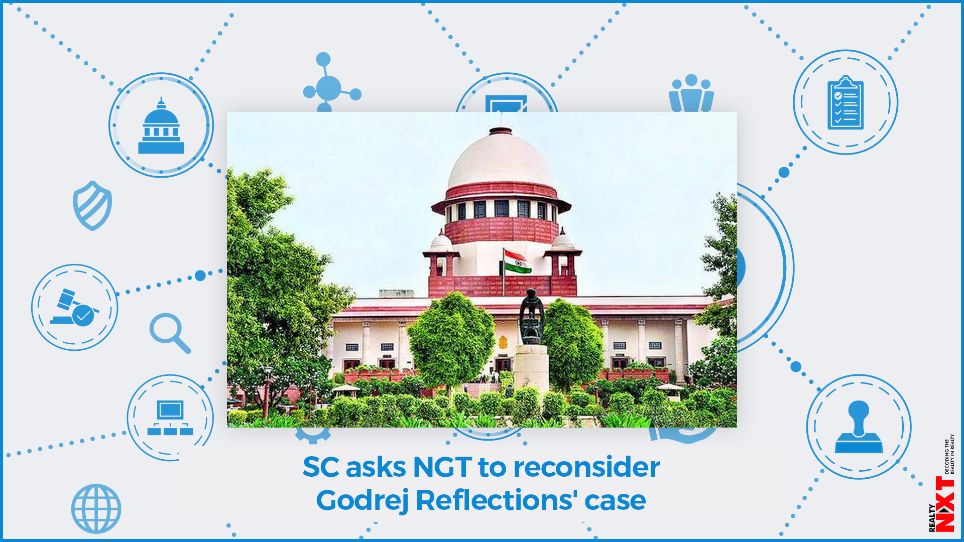 The green panel had ruled that the construction would fall within the buffer zone of the Kaikondrahalli lake and therefore is violative of the zoning laws.

A bench of Chief Justice S A Bobde and Justices A S Bopanna and V Ramasubramanian asked the NGT to reconsider the matter and said no construction shall be put up in the meanwhile.

The green panel had ruled that the construction would fall within the buffer zone of the Kaikondrahalli lake and therefore is violative of the zoning laws.

The NGT had said no environmental clearance (EC) can be granted for a construction that would violate the buffer zone of a lake.

Dealing with the appeal against the NGT order, the apex court bench on Tuesday said,

“it is made clear that in the circumstances under which the order dated February 3, 2020 is set aside, the validity or otherwise of the environment clearance (EC) will remain subject to the fresh decision that would be taken by the NGT and the EC shall not stand revived at this juncture. This Court has not expressed any opinion on merits and all contentions are left open.”

The apex court asked the NGT to dispose of the appeal after reconsideration within a period of six weeks from the first date on which the parties appear before it.

“For the said purpose the NGT shall on receipt of this order indicate a date for appearance which shall be voluntarily ascertained by the parties herein without expecting fresh notice to be issued by the NGT. The NGT shall also provide opportunity to all the parties to put forth any additional documents or objections if any to the report and thereafter consider the matter in accordance with law,” the bench said.

The apex court said on the date the impugned order was passed by NGT, the final round of inspection had not been completed and the tribunal did not have the benefit of the final report by the joint committee for making a factual determination, to arrive at a conclusion.

“Though the report of the Joint Committee is presently placed before this Court, it would not be appropriate for this Court to advert to the details of the report and in that background take note of the rival contentions on merits since first appellate authority, based on the same has not made a factual determination so as to consider the correctness or otherwise of the same in an appeal of the present nature,” the bench said.

The NGT had said “It is clear that the project stipulates construction in the buffer zone, which is in violation of the zoning plan and a judgement of this tribunal as affirmed by the Supreme Court. Accordingly, the EC is quashed,” it had said.

The order came on a petition filed by Bengaluru resident H P Rajanna against the project, Godrej Reflections, being built at Kasavanahalli village in Varthur Hobli in Bengaluru Urban district.

The petition had stated that the construction lies in the buffer zone of the Kaikondrahalli lake, apart from one primary and two secondary ‘rajkulewas’ (storm-water drains).