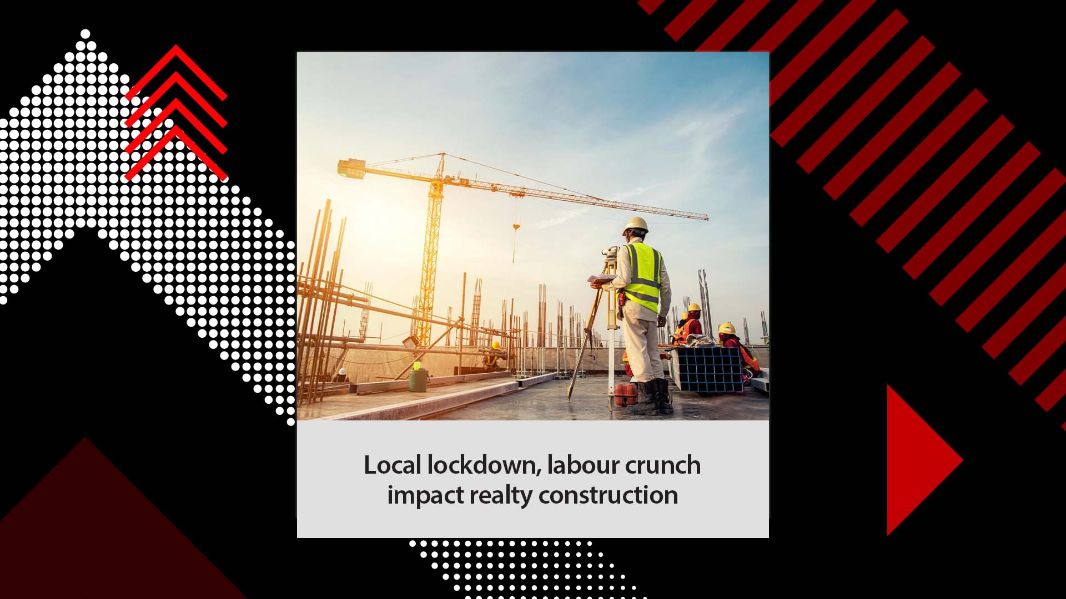 With the staggering lifting of the nationwide lockdown, construction activity in the real estate sector has gradually picked up.

However, developers and sector experts say the local lockdowns in several states and the lack of construction workers, who mostly returned to their villages during the initial phase of the lockdown, is impacting the pace of construction.

Anuj Puri, Chairman of Anarock Property Consultants said that construction activity across the country is yet to pick up its usual pace because issues like liquidity and labor shortage, especially in major cities, still persist.

“Also, social distancing norms are a bit of a dampener because major cities are still the worst-affected by the pandemic and cases are still increasing. Some local developers have been able to resume a degree of construction activity using in-situ labour,” he said.

On the labour shortage, Puri said that while some have returned to the cities at the behest of some developers, many are yet to come back. Labour shortage is looming large in the real estate sector, he told IANS.

President of the National Real Estate Development Council (NAREDCO), Niranjan Hiranandani is of the view that most of the construction workers are likely to return by Diwali.

Jaxay Shah, the Chairman of the Confederation of Real Estate Developers’ Associations of India (CREDAI), however, noted that given the sowing of crops was completed early this year due to a large number of migrant laborers back in their villages, many have started coming back starting June.

Chintan Sheth, Director of Maharashtra-based developer Ashwin Sheth Group, said the company was operating with around 10 percent of its workforce until June, but the workforce has now increased and is currently around 25 percent.

“We are expecting it to go over 40 percent by the end of this month and are anticipating getting back to resuming regular operations and having our full workforce very soon,” he said.

According to Ram Raheja, Director of S. Raheja Realty said as things are coming back to normal and as work across industries picks up, the return of the construction workforce will also see a rise.

“Even as of now most migrant construction workers are gearing up to return and come back to work,” he said.

Along with the ongoing shortage of labour, another hindrance on construction activities is the frequent local lockdowns and restrictions to curb the spread of Covid.

Puri of Anarock Property Consultants noted that due to the pandemic, most construction sites across the country are still not operating at full capacity.

“Local lockdowns, though doubtlessly required, have been a real spoilsport for construction activities. For instance, there was more than a weeklong lockdown imposed in the state of Karnataka in July. Resultantly, all construction activity halted,” he said.

Puri noted that even if work is stopped for just 7-10 days, it takes almost double the number of days to fully re-mobilise construction work at a site.

As per Ram Raheja, at the onset of the resumption of construction post-lockdown, sourcing building materials like ready-mix concrete and steel was challenging, but now things are coming back to normal.

Despite the slowdown and hindrances, industry players say that enquiries for residential properties are pouring showing improvement in demand.

Shah told IANS that enquiries have significantly increased in comparison to the initial months of the lockdown. He also said that there is a major demand for plotted development on the outskirts of major cities and sub-urban areas.

Inquiries for properties on the outskirts and golf townships have been “enormous, highest in around a decade”, he said.