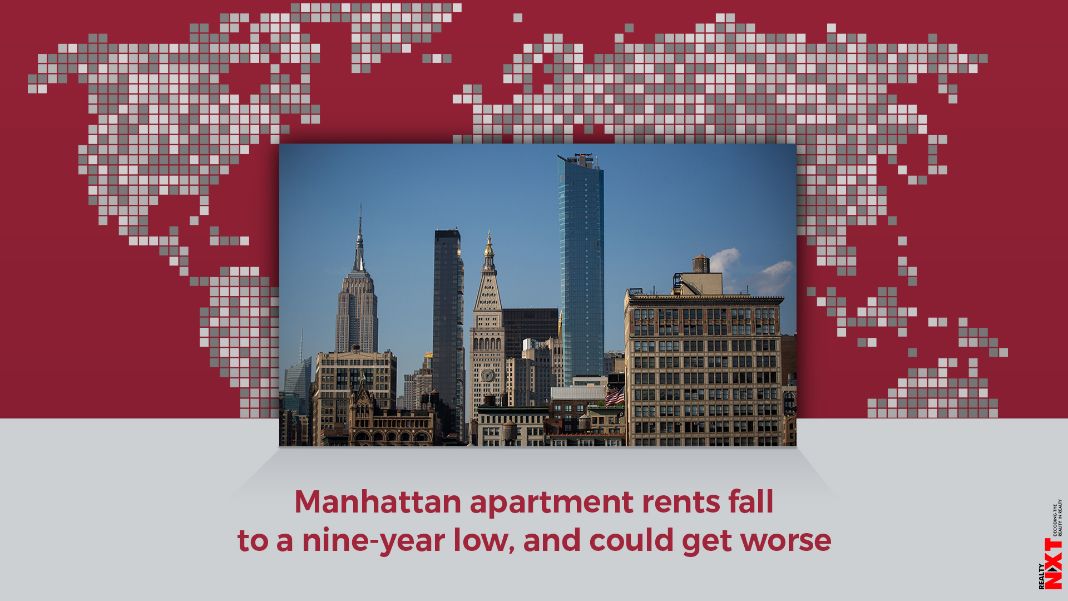 Manhattan apartment rents plunged last month by the most in nearly nine years. That’s only one sign of weakness for the borough’s leasing market.

By almost every measure, the news is dismal for landlords, who are trying to keep units filled amid a global pandemic that’s sparked an urban exodus. July’s vacancy rate climbed to a record of 4.33 per cent, according to a report by appraiser Miller Samuel Inc. and Douglas Elliman Real Estate.

The median rent, with concessions such as free months factored in, plummeted 10 per cent to $3,167. It was the biggest rate of decline in records dating to October 2011.

New Yorkers have been fleeing Manhattan since March, when the COVID-19 lockdown began. They went in search of a break from dense urban living and room to stretch as they worked and schooled children from home. Now, those with the flexibility to stay remote are making their departure more permanent.

Manhattan’s rental market “is experiencing increased competition from the outer boroughs and the suburbs,” said Jonathan Miller, president of Miller Samuel. “The high vacancy indicates that it’s losing the battle.”

Brooklyn fared better. Rents in that borough slipped only 0.5 per cent last month from a year earlier to a median of $2,902.

In Northwest Queens, a waterfront market of high-rises that benefited from its proximity to midtown Manhattan, new leases fell 60 per cent. The median rent tumbled 15 per cent to $2,424.