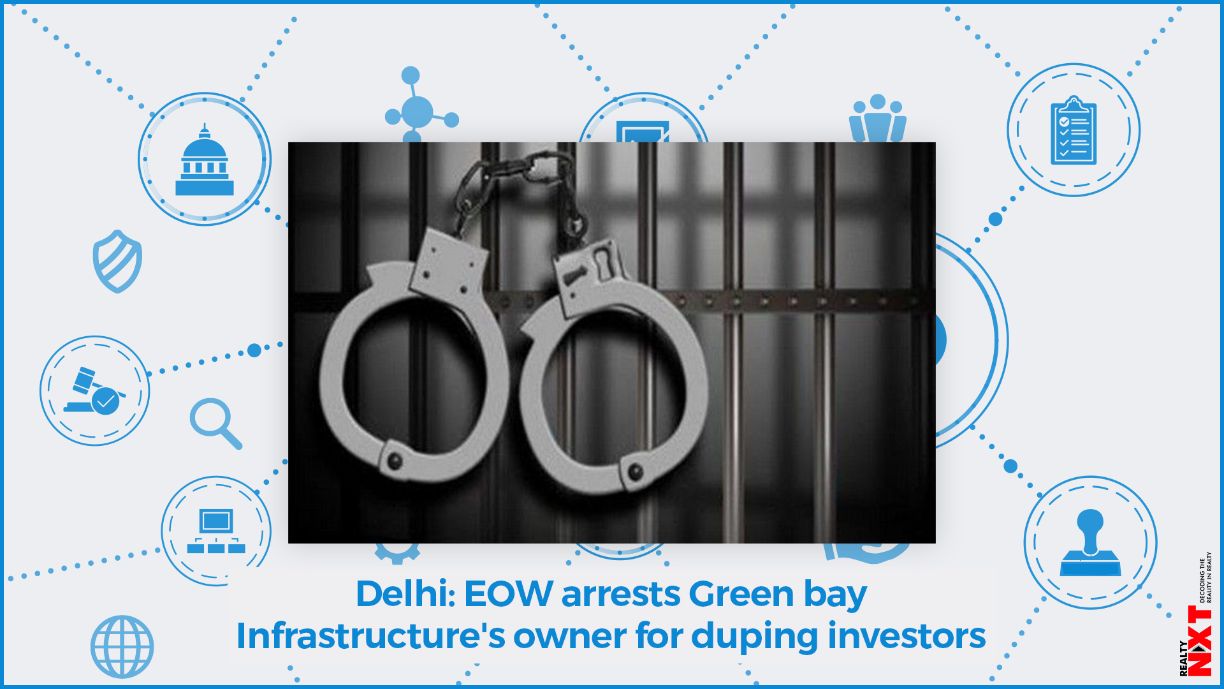 The alleged company has launched a project in 2011 for sale of plots and flats to be known as “Green bay Golf Village” in Sector 22-D near the Yamuna Expressway, Uttar Pradesh.”

Economic Offences Wing (EOW) of Delhi Police has arrested the owner of a private company for duping people for Rs 5 crores.

The arrested person is Vijay Gupta aged 67 years is the owner of M/s Green bay Infrastructure Private Limited and resident of Shanti Niketan in New Delhi.

A statement from Dr OP Mishra (IPS), Joint Commissioner of Police EOW New Delhi read, “Complainant Manish Jain along with 21 other complainants lodged a complaint with EOW alleging M/s Green bay Infrastructure Pvt Limited for duping them for Rs 5 crores approx. The alleged company has launched a project in 2011 for sale of plots and flats to be known as “Green bay Golf Village” in Sector 22-D near the Yamuna Expressway, Uttar Pradesh.”

“Accused company and its representatives shown rosy picture of the said project and induced the complainants to book the flat/plot in the said projects. Many innocent victims booked their plots/flats since 2011 on the assurance that the possession of plots will be handed over within 18 months and Flats will be handed over in 48 months from the date of execution of agreement,” the statement read.

“The amount was collected from the gullible investors since 2012 and the complainants had deposited to the tune of Rs 5.07 crores out of the total sale consideration amount of Rs 7.61 crores but alleged company had abandoned the housing project and failed to provide flats and plots as promised nor returned the money,” the statement read.

After preliminary enquiry, a case vide FIR dated 20.09.2018 under sections 409/420/120-B of theIPC was registered and the investigation was taken up. During the investigation, relevant documents were taken from victims and other statutory authorities. Till now 22 victims have given their complaints.

Bank statements were collected and analysed regarding diversion of funds by the builder from the money collected from the investors. In this regard the audit report of YEIDA has also been analysed which shows that an amount to the tune of Rs 323 crores were collected from the investors and out of which 170 crores have been diverted to Agrasen Fincap Services Private Limited a company owned by the alleged person and Rs 3 crores to M/s Three C Universal Developers Private Limited. The culpability of other directors/officials of the alleged company is being investigated.

Sensing the gravity of offence and large number of innocent victims money involved, a team of officials comprising Inspector. Nirbhay Kumar, SI Anurag (I.O. of the case), SI Amit and ASI Naresh under supervision of ACP Kapil Parashar was constituted for apprehending the accused persons.

Raids were conducted at several hideouts and the team succeeded in apprehending the accused on Thursday after sustained pursuit. The accused has been produced before the court on Friday and taken on two days Police Custody.

Further investigation is in progress and it is anticipated that in the present case the number of complainants/investors could go up immensely, the EOW said.