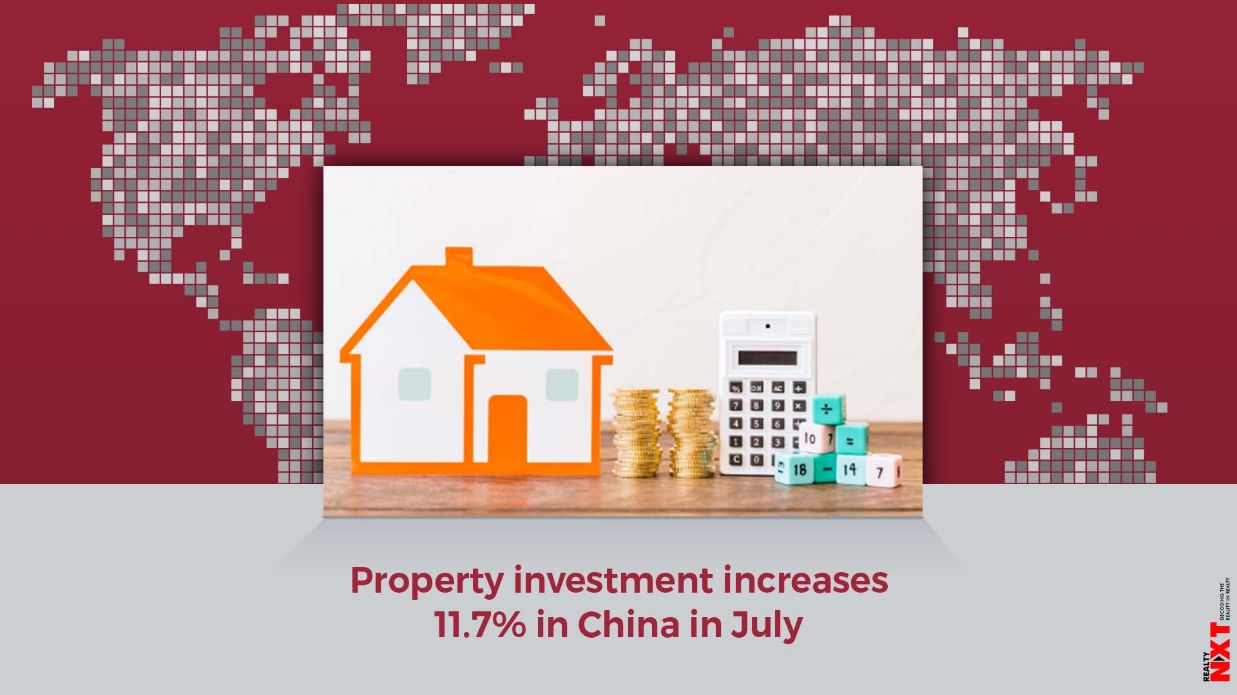 Real estate investment in July rose 11.7% from a year earlier, quickening from 8.5% growth seen in June, according to Reuters calculations based on data from the National Bureau of Statistics on Friday.

China’s July property investment grew at the quickest clip since April last year, underpinned by solid construction activity and easier lending as the economy gradually recovers from the coronavirus crisis.

Real estate investment in July rose 11.7% from a year earlier, quickening from 8.5% growth seen in June, according to Reuters calculations based on data from the National Bureau of Statistics on Friday.

For January-July period, property investment grew 3.4% on an annual basis, faster than a 1.9% uptick in January-June.

China’s property market was among the first to recover after reopening of the economy this year on cheaper credit as well as relaxation on urban residential curbs, with some analysts warning of a potential bubble in a handful of big cities.

But others have dismissed the suggestions of a possible bubble and say a full-blown rebound may take longer to arrive as consumer confidence remains soft.

Property sales by floor area rose 9.5% in July from a year earlier, versus a 2.1% growth in June.

Funds raised by China’s property developers returned to growth of 0.8% in the first seven months, better than a 1.9% drop in the first half of 2020.