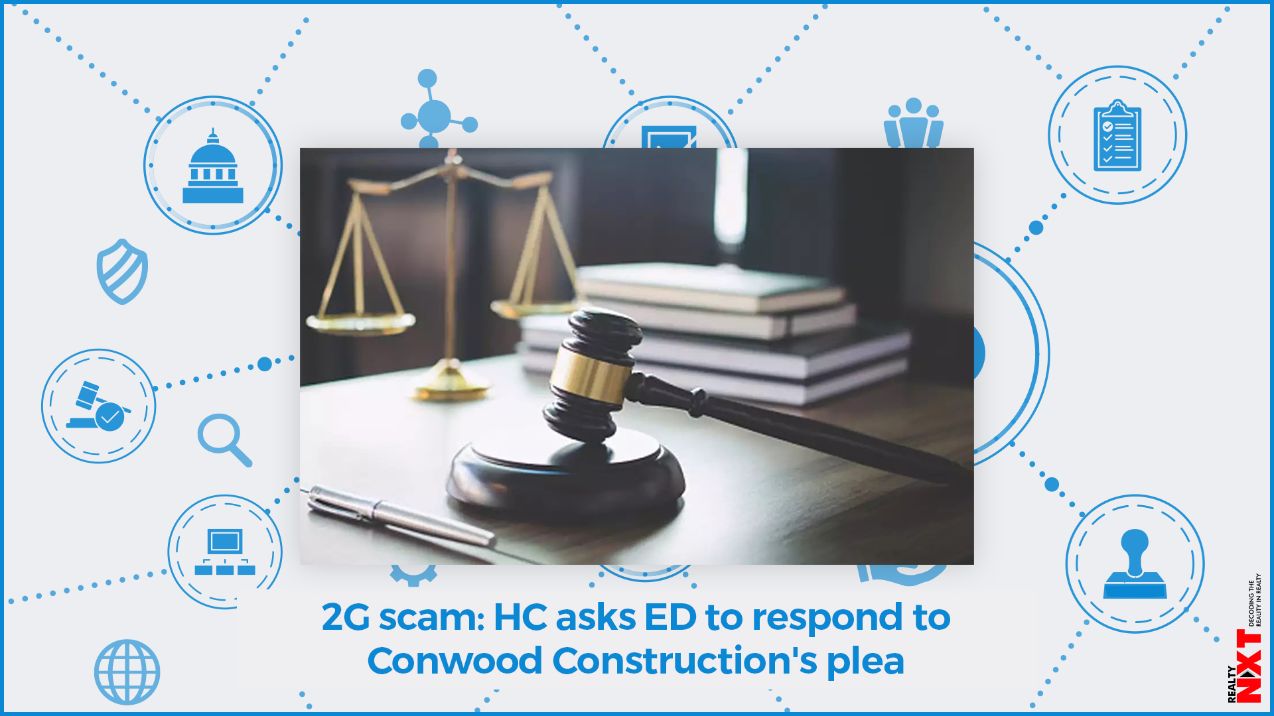 Conwood was accused of parking the proceeds of alleged crime of Rs 22.56 crore from Dynamix Reality to Kusegaon Fruits and Vegetables Pvt Ltd, whose promoters were also acquitted in the 2G scam cases.

The Delhi High Court Monday sought response of the Enforcement Directorate (ED) on a plea by a firm, which was acquitted in the 2G scam related money laundering case along with former telecom minister A Raja and others, seeking to release its properties worth Rs 22 crore attached by the agency.

Justice Brijesh Sethi, who was conducting hearing through video conferencing, issued notice to the ED on the application by Conwood Construction and Developers Pvt Ltd seeking to modify the high court’s March 21, 2018 order by which status quo was directed to be maintained regarding release of the attached properties.

Conwood was accused of parking the proceeds of alleged crime of Rs 22.56 crore from Dynamix Reality to Kusegaon Fruits and Vegetables Pvt Ltd, whose promoters were also acquitted in the 2G scam cases.

The high court listed the plea for further hearing and disposal of the plea on August 26.

The plea said the firm was ready to execute an ‘indemnity bond’ of Rs 22.56 crore as a surety and if the appeal by ED is allowed against the acquittal, it will deposit the amount with the agency as equivalent to the properties’ value.

Advocate Vijay Aggarwal, appearing for the firm, contended that till now leave to appeal is not granted to ED and CBI, challenging the trial court’s verdict and if its allowed, the appeals will take several years to be decided.

“If the high court sets aside the trial court’s decision of acquittal and I lose and the property is confiscated by the government, I am ready to pay the indemnity bond. But till then, I should be allowed to use the property,” he submitted.

Additional Solicitor General Sanjay Jain, representing the ED, apprised the court that the same firm had filed a similar application in 2018 and the agency had filed its reply to it. However, if the court directs, he will again file the reply to this plea.

During the hearing, Jain along with advocates Amit Mahajan and N K Matta urged the court to hear the fresh application along with the pending appeals of CBI and ED in the 2G scam case.

“It will be in the large public interest that the country’s largest trial which was conducted at the public exchequer’s cost be brought to its logical conclusion and the agencies leave to appeal be heard,” the law officer submitted.

Leave to appeal is a formal permission granted by a court to a party to appeal a decision to a higher court.

Jain said he has completed his arguments on behalf of CBI on January 15, but thereafter, the matter could not be heard due to the COVID-19 pandemic.

He added that as Justice Sethi will demit the office on November 30, the leave to appeal be heard and decided expeditiously as if the part-heard matter, which has consumed a lot of judicial time, will be heard afresh by another bench it will cost too much to the public exchequer.

To this, the judge said if there is any urgency and the agencies wish for an early hearing in the appeals, which are listed for October 12, they are at liberty to file an application for preponement of the hearing.

A special court had on December 21, 2017 acquitted Raja, DMK MP Kanimozhi and others in CBI and ED cases related to the scam.

On March 19 2018, the ED had approached the high court challenging the special court’s order acquitting all the accused.

A day later, the CBI too had challenged in the high court the acquittal of the accused in the case.