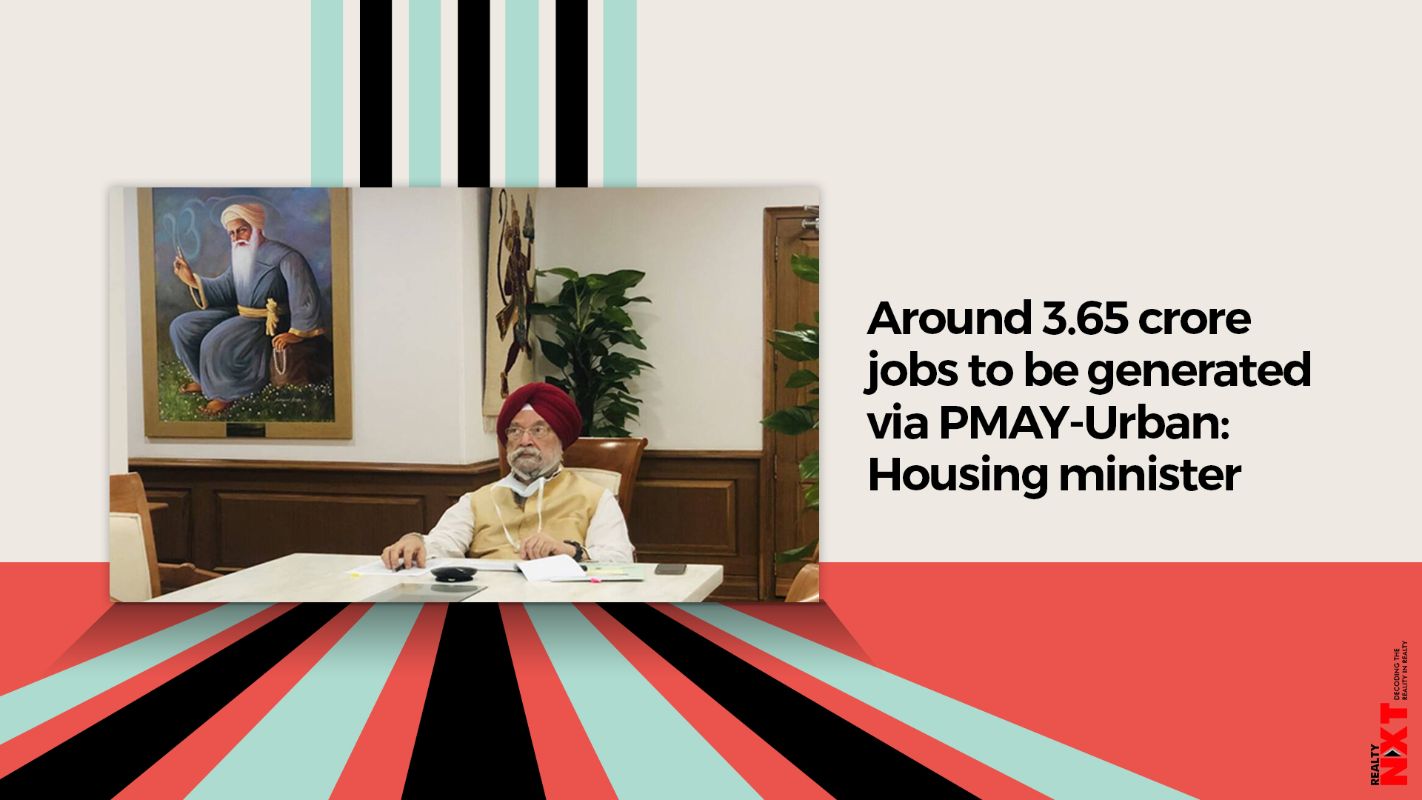 Speaking at a webinar organised by the Confederation of Indian Industry, Puri said that so far, 1.65 crore jobs have already been generated under the PMAY(U).

Union minister Hardeep Singh Puri on Tuesday said around 3.65 crore jobs would be generated in the construction of houses sanctioned under the Pradhan Mantri Awas Yojana (Urban) in the country.

Speaking at a webinar organised by the Confederation of Indian Industry, Puri said that so far, 1.65 crore jobs have already been generated under the PMAY(U).

The Union housing and urban affairs minister said that the ministry has sanctioned 1.07 crore houses against the demand of 1.12 crore and of these, 67 lakh houses have been grounded for construction and 35 lakh delivered so far.

He also said that presently, about 700 kilometres Metro network length is operational in 18 cities and about 900 km network is under construction in 27 cities.

“In Delhi-NCR alone, Metro network of 378 km is operational, which is likely to be extended by another 146 km (including 82 km Delhi-Meerut RRTS network),” the minister said.

He said that 40 per cent of the country’s population or 600 million Indians are expected to live in urban centres by 2030, adding that to cater to this growing urban population, India has to build 600 to 800 million square metres of urban space every year till 2030.