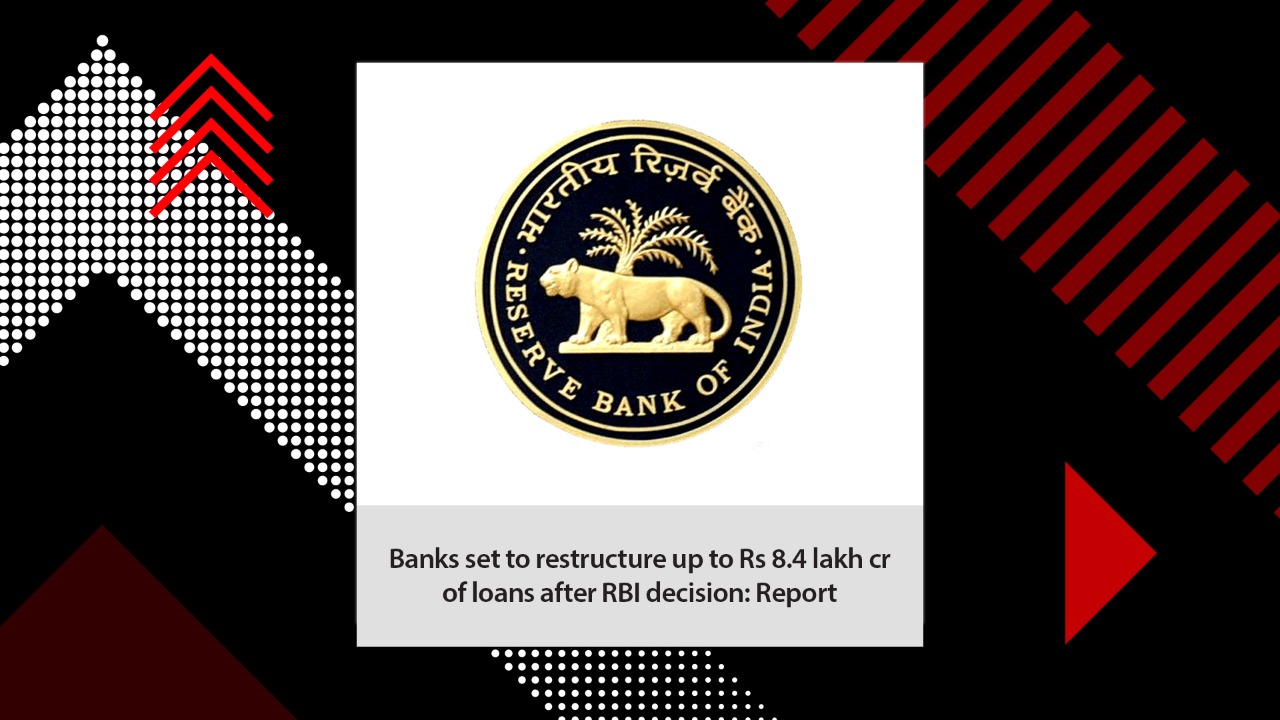 Earlier this month, the RBI had announced a recast package which focused on a case-by-case approach for restructuring rather than a blanket or sectoral approach. The central bank had also allowed small value non-corporate loans to be recast.

Banks are likely to restructure up to Rs 8.4 lakh crore of loans, or 7.7 per cent of the overall system”s credit, under the newly announced recast package, a domestic ratings agency said on Wednesday.

Over 60 per cent of this Rs 8.4 lakh crore was susceptible to slip into the non-performing assets (NPAs) category if not for the recast move, and the restructuring will help banks” bottomlines as the money to be set aside as provisions will be lower, India Ratings and Research said.

Earlier this month, the RBI had announced a recast package which focused on a case-by-case approach for restructuring rather than a blanket or sectoral approach. The central bank had also allowed small value non-corporate loans to be recast.

Unlike the earlier experience post the global financial crisis, where nearly 90 per cent of the restructuring happened in the corporate loans, the non-corporate segment, which includes small businesses, agricultural loans and retail lending, will account for a higher share this time, the agency said.

It estimated the total amount of non-corporate loans to be recast at Rs 2.1 lakh crore.

It further said the non-corporate segment was showing signs of stress even before the start of the pandemic, when things were seeming to be normalising in the corporate space.

In the corporate segment, Rs 4 lakh crore of loans were already stressed before COVID-19 struck and the same have gone up by over Rs 2.5 lakh crore. The jump in the non-corporate segment is more pronounced, as the stressed portion was only Rs 70,000 crore, which is now slated to go up to Rs 2.1 lakh crore, it said.

Within the corporate segment, the restructuring may range from Rs 3.3 lakh crore to Rs 6.3 lakh crore, depending on the strategies the banks adopt, the agency said, adding the range is so wide because it feels 53 per cent of the pool is at high risk, while 47 per cent is at moderate risk.

A high proportion of debt from real estate, airlines, hotels and other consumer discretionary sectors is likely to be restructured, but the largest contribution by quantum will be from infrastructure, power and construction sectors, it said.

In the non-corporate segment, the micro, small and medium enterprises will account for half of the loans which will be restructured, while the rest will be split evenly between agro and retail advances, it said.

Banks will start working on the restructuring as soon as the moratorium gets over by the end of this month and provide money accordingly, the agency said, adding the K V Kamath committee will look at advances of over Rs 1,500 crore and even in the case of large loans, the banks will do the groundwork in advance.

The overall provisions will be lower by 16-17 per cent to 2.3 per cent for the banking system, because restructuring requires banks to set aside only 10 per cent of the loan outstanding as provisions while for NPAs, it is much higher, it added.