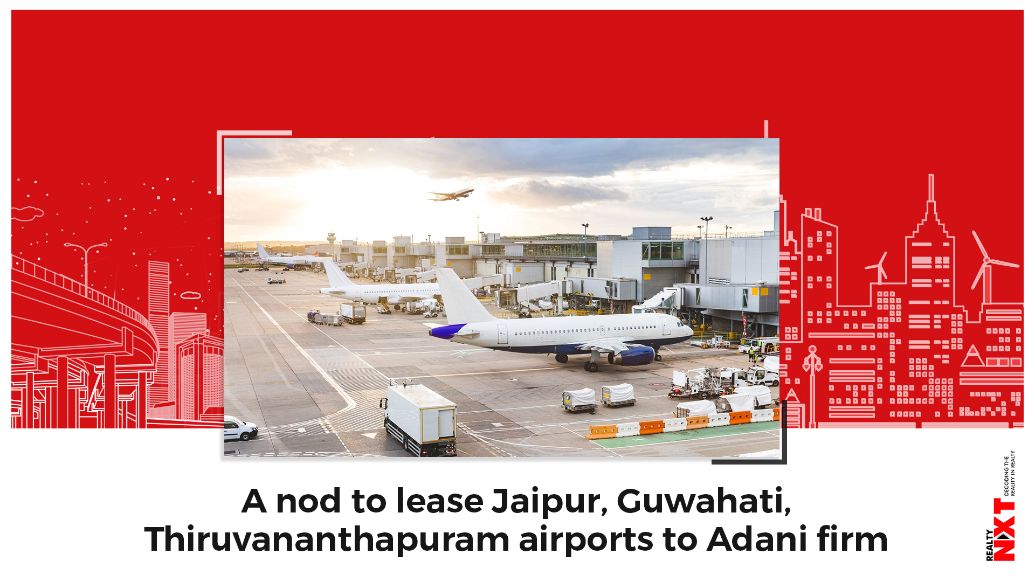 The decision was taken at a Cabinet meeting chaired by Prime Minister Narendra Modi.

The Union Cabinet on Wednesday approved the proposal to lease out Jaipur, Guwahati, and Thiruvananthapuram airports through the Public-Private Partnership (PPP) mode to Adani Enterprises.

The decision was taken at a Cabinet meeting chaired by Prime Minister Narendra Modi.

The approval is for their operation, management and development to Adani Enterprises, which was declared as the successful bidder in a ‘Global Competitive Bidding’ conducted by the Airports Authority of India, for a period of 50 years.

“These projects will bring efficiency in service delivery, expertise, enterprise, and professionalism, apart from harnessing the needed investments in the public sector,” a communique said.

Earlier, AAI’s airports at Delhi and Mumbai were leased out in PPP mode for their operation, management and development about a decade ago.

“While these PPP experiments have helped create world-class airports and delivery of efficient and quality services to air passengers, the measure has also helped AAI in enhancing its revenues and focusing on developing airports and air navigation infrastructure in the rest of the country,” it added.

“Revenue received by AAI from PPP partners enabled it to create infrastructure facilities in Tier-2 and Tier-3 cities and also to upgrade their airports to international standards.”