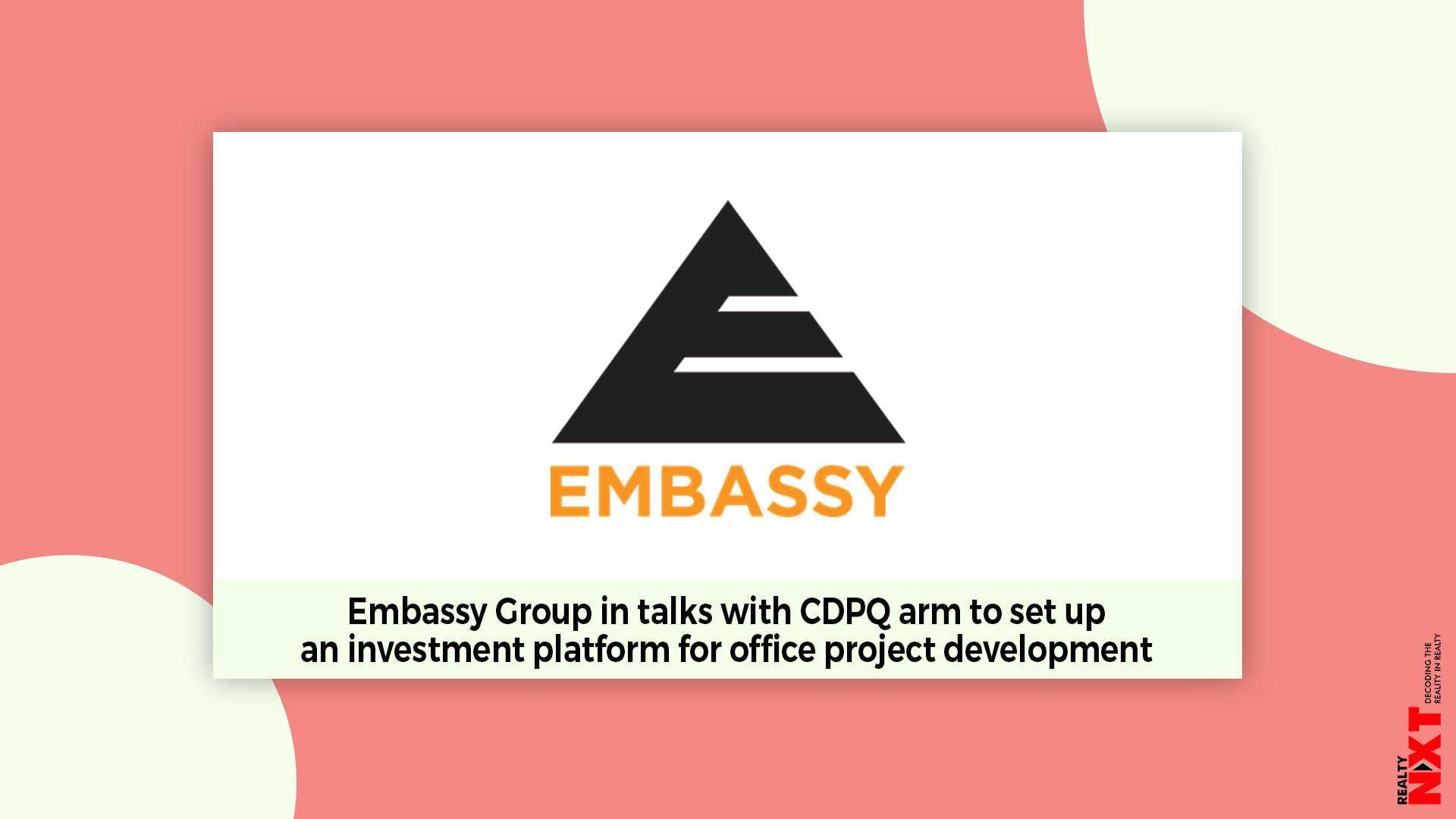 The size of the platform is under discussion, the sources said adding that Ivanhoe Cambridge will have a majority stake in the platform.

The size of the platform is under discussion, the sources said adding that Ivanhoe Cambridge will have a majority stake in the platform.

Embassy Group owns WeWork India, which is into co-working and flexible workspace domain. It also has entered into co-living business.

Earlier this week, the group announced merger of its housing and commercial projects with Indiabulls Real Estate.

After the merger, Embassy Group will have a 45 per cent stake in the listed entity Indiabulls Real Estate Ltd, which will be renamed as Embassy Development, as against the existing 14 per cent stake.

Meanwhile, sources had earlier said Embasy Group was in talks with Indospace and ESR to monetise its warehousing and industrial parks business at an enterprise value of Rs 1,700-2,000 crore.

Embassy Industrial Parks, the joint venture, is developing warehousing projects at Chakan in Pune, Sriperumbudur and Hosur in Tamil Nadu; Farrukhnagar and Bilaspur in Delhi-NCR; and Kothur in Hyderabad.

The total portfolio of the JV is 15-16 million sq ft, of which 3-4 million sq ft is operational. Warburg Pincus has a 70 per cent stake, while Embassy Group has 30 per cent shareholding in the JV.