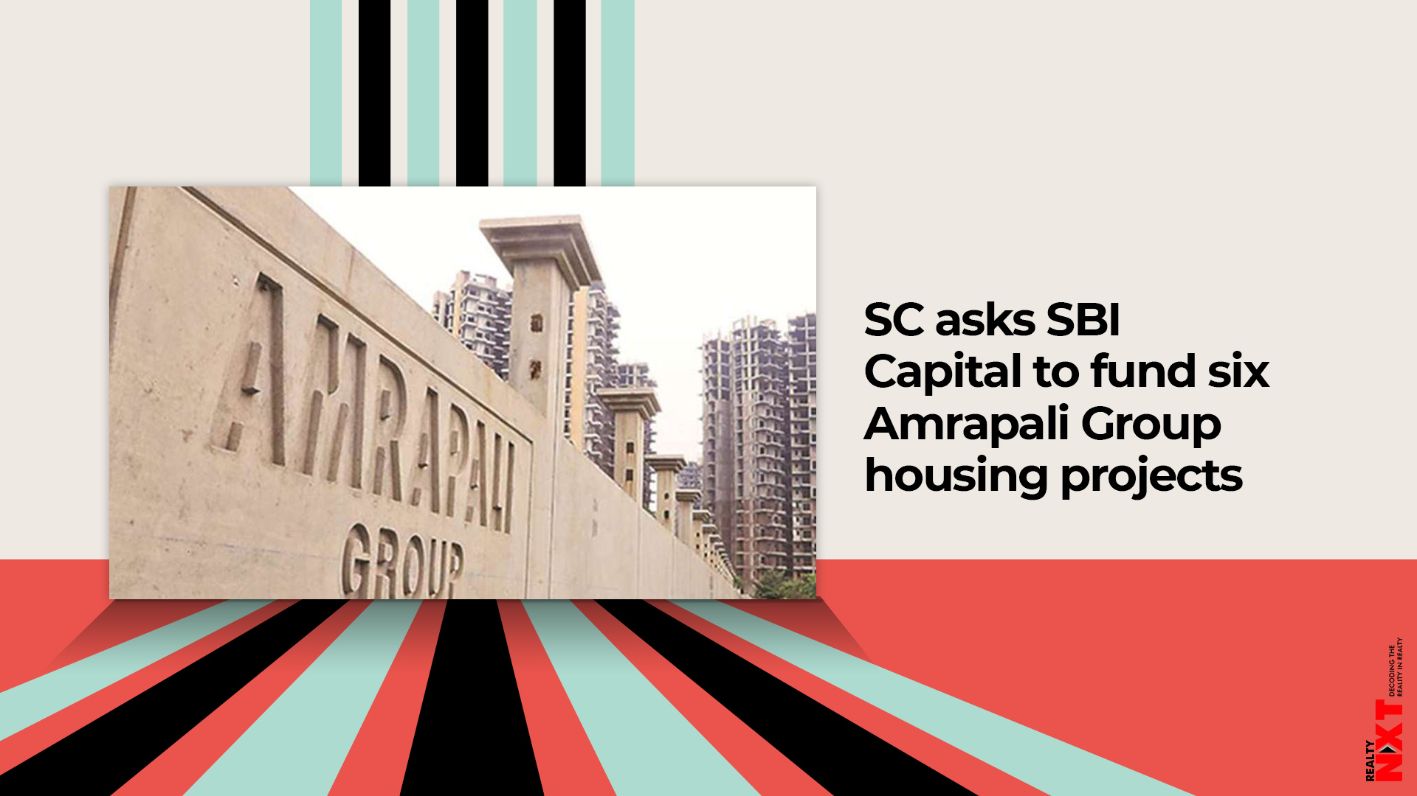 Salve informed the court that SBI Cap is not willing to finance Terrace Homes which is financially unviable, and therefore, in order to secure the finance, either the government may issue security or NBCC can issue debentures to minimise the risk.

The Supreme Court on Tuesday asked SBI Capital (SBI CAP) to begin funding for six housing projects of the Amrapali Group, after it informed the top court that so far, it has found only these six to be viable.

A bench of Justices Arun Mishra and U.U. Lalit directed SBI CAP to begin funding for six projects, after the financial institution, which manages the stressed asset fund for stuck realty projects, informed the top court that it cannot fund all the projects.

Senior advocate Harish Salve, appearing for SBI CAP, contended before the bench that SBI Cap had a detailed meeting with the court-appointed receiver and his committee, and they agreed, in principle, to finance the Amrapali projects. However as 100 per cent risk is being taken by SBI Cap, as a result, they required 12 per cent as internal rate of return.

Salve informed the court that SBI Cap is not willing to finance Terrace Homes which is financially unviable, and therefore, in order to secure the finance, either the government may issue security or NBCC can issue debentures to minimise the risk.

Advocate Kumar Mihir, representing the home buyers, said there is no additional burden on home buyers as they will pay a fixed price for their houses. The court receiver opposed the stand taken by SBI CAP that it is only financing Rs 625 crore, for which the security of unsold inventory is being given, which is sufficient.

“SBI CAP insisted on keeping the unsold FAR and other assets of Amrapali Group as security which may derail the other projects as well,” added Mihir.

After hearing the parties, the top court has listed the matter for further hearing on August 31, and directed the court-appointed receiver, NBCC and SBI CAP to file their submissions.

According to the home buyers’ counsel, Ace Group had filed a contempt petition against the CEOs of Noida and Greater Noida for claiming compound interest allegedly in violation of top court orders on June 10 and July 10. Counsel representing the Noida and Greater Noida authorities informed the court that the contract provided for interest to be levied and accordingly, they have calculated the dues.

The top court clarified that simple interest may be levied while calculating the dues.

Mahagun also filed an application seeking 8 months’ time to deposit the dues for the land sought to be purchased by it. The top court has listed the application on next hearing, and apart from SBI Caps and Mahagun, all the other issues will be taken up for hearing on September 7.

(This story has been published from a wire feed without modifications to the text. Only intro has been changed)