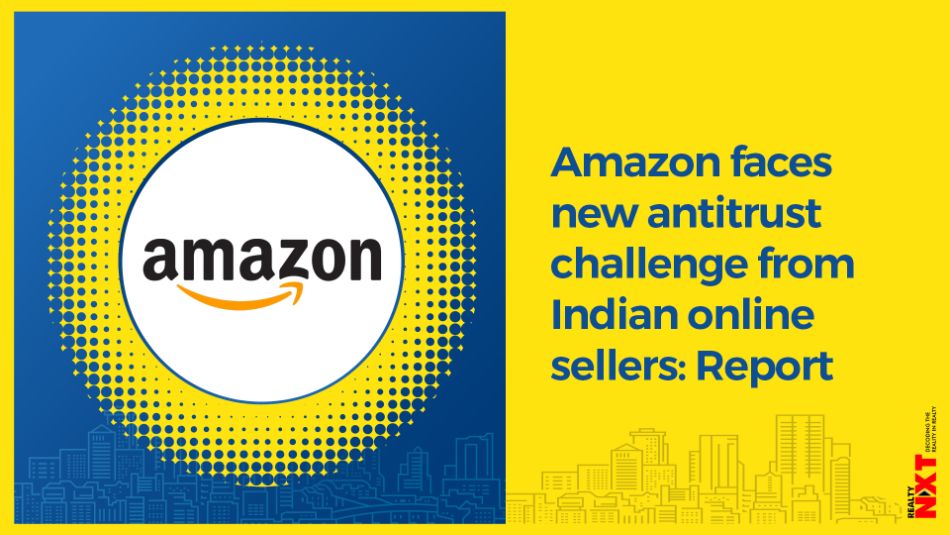 The case presents a new regulatory challenge for Amazon in India, where it has committed $6.5 billion in investment but is battling a complex regulatory environment.

A group of more than 2,000 online sellers has filed an antitrust case against Amazon in India, alleging the U.S. company favours some retailers whose online discounts drive independent vendors out of business, a legal filing seen by Reuters showed.

The case presents a new regulatory challenge for Amazon in India, where it has committed $6.5 billion in investment but is battling a complex regulatory environment.

In January, the Competition Commission of India (CCI) had ordered an investigation of Amazon and rival Flipkart, owned by Walmart , over alleged violations of competition law and certain discounting practices, which Amazon is challenging, according to court filings.

In the latest case, the All India Online Vendors Association, members of which sell goods on Amazon and Flipkart, allege Amazon engages in unfair business practices.

The group alleges that Amazon India’s wholesale arm buys goods in bulk from manufacturers and sells them at a loss to sellers such as Cloudtail. Such sellers then offer goods on Amazon.in at big discounts.

“This anti-competitive arrangement … is causing foreclosure of competition by driving independent sellers out of the market,” the group alleged in its Aug. 10 filing at CCI, seen.

Amazon did not respond to a request for comment. It has previously said it complies with all Indian laws and treats all sellers equally on its platform.

A Cloudtail spokeswoman said it was in “compliance with all applicable laws in its operations.”

Unlike Indian court cases, filings and details of cases reviewed by the CCI are not made public. In the coming weeks, the CCI will review the case and could decide to launch a wider investigation or dismiss it. The CCI did not respond to a request for comment.

Chanakya Basa, a lawyer for the sellers group, confirmed the case filing with the CCI but declined to elaborate.

India’s regulations allow Amazon to operate an e-commerce marketplace where sellers can list goods for a fee.

The latest case filing, running to more than 700 pages, includes screenshots of product listings on Amazon’s website that showed some products, including groceries and detergents, discounted by between 8% to 45% compared with retail prices visible on the e-commerce website.

The seller group also alleges that Amazon charges lower fees to selected sellers, which effectively makes it difficult for independent online retailers to compete on its website.

Cloudtail, one of Amazon’s biggest India sellers, pays a fee to Amazon of 6.3% for electronic products, while independent sellers pay roughly 28.1%, the group alleged in its filing.

Amazon has said it helps to provide an e-commerce platform in India to more than 650,000 sellers who make their own pricing decisions while listing goods.