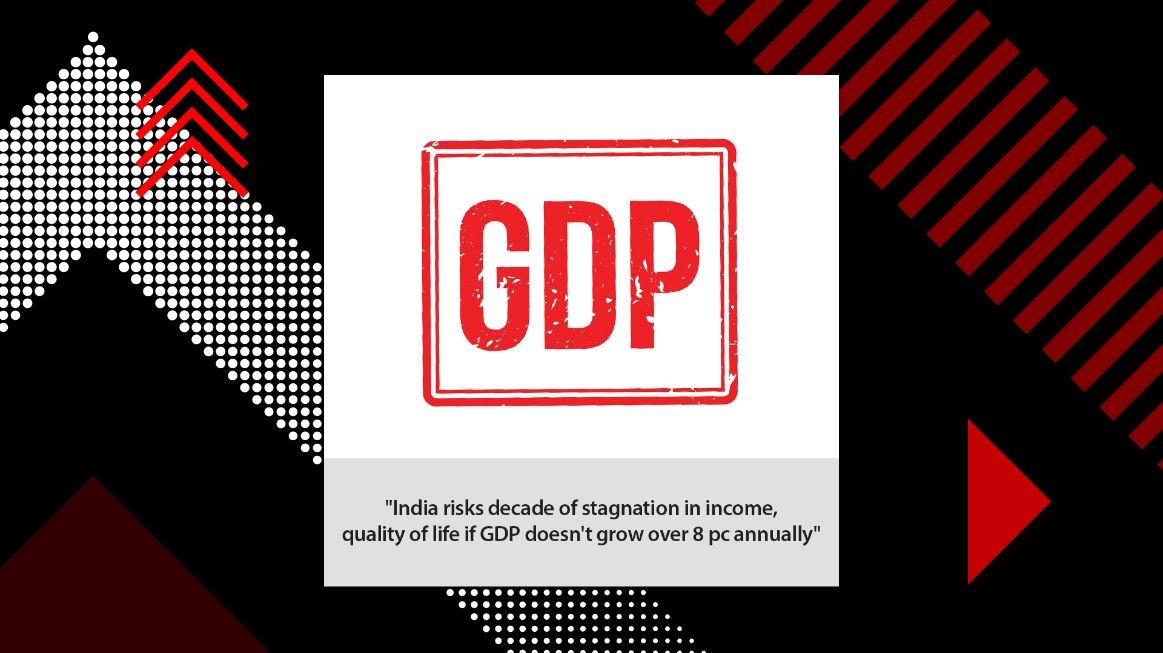 According to the report by McKinsey Global Institute (MGI), the country will have to undertake a slew of reform measures over the next 12-18 months with the aim of increasing productivity and creating jobs.

India’s GDP needs to rise annually at 8-8.5 per cent to create opportunities in the post COVID-19 era, and the country risks a decade of stagnating incomes and quality of life if urgent steps are not taken to spur growth, says a report.

According to the report by McKinsey Global Institute (MGI), the country will have to undertake a slew of reform measures over the next 12-18 months with the aim of increasing productivity and creating jobs.

Given the increasing urbanisation and population trends, there will be 90 million additional workers in search of non-farm jobs by 2030 and India will have to triple job creation to 12 million gainful non-farm jobs per year from the 4 million achieved between 2013 to 2018, it said.

The GDP, which is set to contract by over 5 per cent as per some estimates in FY21, needs to go up to 8-8.5 per cent per annum for the next decade to create the opportunities, it said, warning of difficulties if it is not achieved.

On the reforms front, it advocated attention to manufacturing, real estate, agriculture, healthcare, and retail sectors, unlocking land which can reduce prices by up to a fourth, creating “flexible” labour markets, enabling efficient power distribution to reduce tariffs for consumers by over 20 per cent and privatizing 30 top state-run enterprises.

From a financial sector perspective, it said reforms and streamlining fiscal resources can deliver USD 2.4 trillion in investment while boosting entrepreneurship by lowering the cost of capital for enterprises by about 3.5 percentage points and also pushed for creation of a ”bad bank” to take care of the dud assets.

A bulk 60 per cent of the reforms will have to be undertaken by states and the remaining 40 per cent by the Centre, it added.

The think tank pointed out that the manufacturing and the construction sectors offer the most opportunities for economic growth and also for higher employment.

The report has identified 43 ”frontier businesses” across sectors, claiming they have the potential to create USD 2.5 trillion in economic value and 30 per cent of non-farm jobs by 2030, but added that India needs to triple its number of large firms having revenues of over USD 500 million.