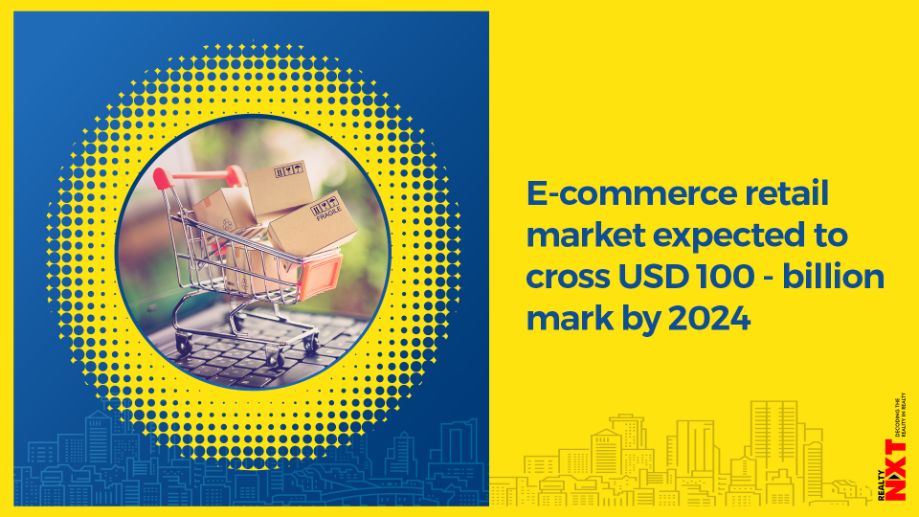 The Indian retail landscape has seen a momentous change over the past 10 years with the overall industry growing to USD 915 billion in 2019, it said.

The e-commerce retail market, which stood at USD 30 billion in 2019, is expected to cross the USD 100-billion mark by 2024, driven by an increasing set of suppliers selling online and change in buying behaviour of consumers, among others, according to a white paper released on Thursday.

The rise of online fresh groceries sales along with growing numbers of prepared food delivery companies entering this space could propel category growth by five times in the next five years, according to the paper jointly prepared by global professional services firm Alvarez & Marsal (A&M) India and CII Institute of Logistics.

According to the white paper, titled ‘Enabling the next wave of e-commerce in India through supply chain innovation’, some of the key evolving models for e-commerce include order to store for apparel; dark store for FMCG/ grocery and meat/pharmaceuticals; store to customer deliveries for FMCG grocery and omnichannel presence for retailers.

The Indian retail landscape has seen a momentous change over the past 10 years with the overall industry growing to USD 915 billion in 2019, it said. The paper added that e-commerce retail, which accounted for less than USD 1 billion in 2010, has grown to more than USD 30 billion in 2019.

It attributed the growth of e-commerce over the last decade to internet penetration, smartphone adoption and category expansion. The paper also said categories like electronics have been led by the horizontal marketplaces, while penetration in groceries, furniture, pharmacy and cosmetics have been led by specialists.

“E-commerce retail (B2C) market to be more than a USD 100 billion opportunity by 2024,” the white paper said adding that with just around 3 per cent penetration of e-commerce in 2019, the market continues to ride its next wave of growth given the significant headroom available.

E-commerce penetration in retail in mature markets like the US and China has reached around 15 per cent and around 20 per cent, respectively, by 2019; while in India, it could reach around 6 per cent by 2024, it added.

Operating models for e-commerce will evolve depending on various factors including customer requirements and changing buying behaviors and the availability of appropriate technology and logistics partners, the papaer said.

The next wave of anticipated online retail growth drivers for categories such as fast-moving consumer goods (FMCG), groceries and apparel will be through social media, chat engines and artificial intelligence bots, it added.