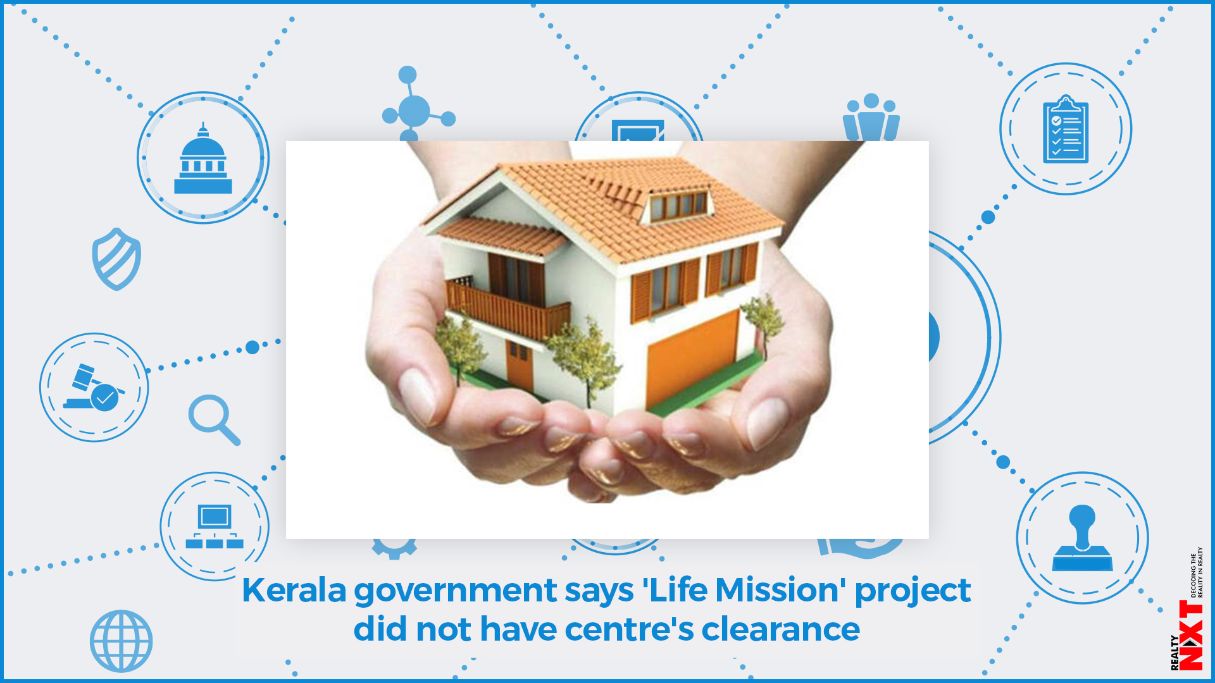 According to the foreign exchange rules, prior permission is required from the Centre as the agency sponsoring this housing project is a charity organisation in the UAE.

The Kerala government has now submitted before the Enforcement Directorate (ED) that there was no clearance from the Centre for the Rs 20 crore Life Mission Housing project that is presently underway at Thrissur.

According to the foreign exchange rules, prior permission is required from the Centre as the agency sponsoring this housing project is a charity organisation in the UAE.

‘Life Mission’ has been one of the pet projects of Chief Minister Pinarayi Vijayan since he assumed office as he was determined to see that homes are built for the homeless. The project is being sponsored by UAE based charity organisation Red Crescent, with the UAE Consulate here playing the role of the intermediary.

In its reply to the ED, the state government said that it did not take the permission of the Centre for taking funds from Red Crescent and added that there were no minutes of the meeting in which Vijayan took part to finalise the project.

Leader of Opposition Ramesh Chennithala, ever since the controversy surfaced, has been demanding that Vijayan give him a copy of the agreement with Red Crescent and has been alleging that this was a hugely corrupt deal.

Things went haywire for Vijayan after the controversial gold smuggling case was busted by the Customs last month.

Those arrested in the case include P.S.Sarith, a former PRO of the UAE Consulate. After the NIA took over the probe, the arrests of Swapna Suresh and her business partner Sandip Nair, set the cat among the pigeons. Following interrogation by various agencies like the Customs, ED and NIA, Swapna revealed that she received over Rs one crore as commission for getting the deal through for this housing project.

On Thursday, Chennithala visited the construction site as part of the statewide protest by the Congress — ‘Speak Up Kerala’ against various corruption charges faced by the Vijayan government.

“I am yet to get a copy of the agreement in this project. When I was the Home Minister, I had given everything that was asked for by the then Leader of Opposition V.S. Achuthanandan. This project is a big corrupt deal and Vijayan knows everything and we wish to know when the agreement was inked was Swapna Suresh present,” said Chennithala.

Congress legislator Anil Akkara, who hails from the place where the housing project is coming up said that he is well aware of everything and whatever he has said about it has now come true.

“This project failed to get the clearances and sanctions and I have been saying this from day one. Now things are getting very clear,” said Akkara.

Suspended senior IAS official M. Sivasankar, who has now been removed from the posts of Principal Secretary to Vijayan and State IT secretary, was looking after this housing project in the early stages. It was revealed later that he along with Swapna Suresh reached the UAE four days before Vijayan arrived to take forward this project with Red Crescent.