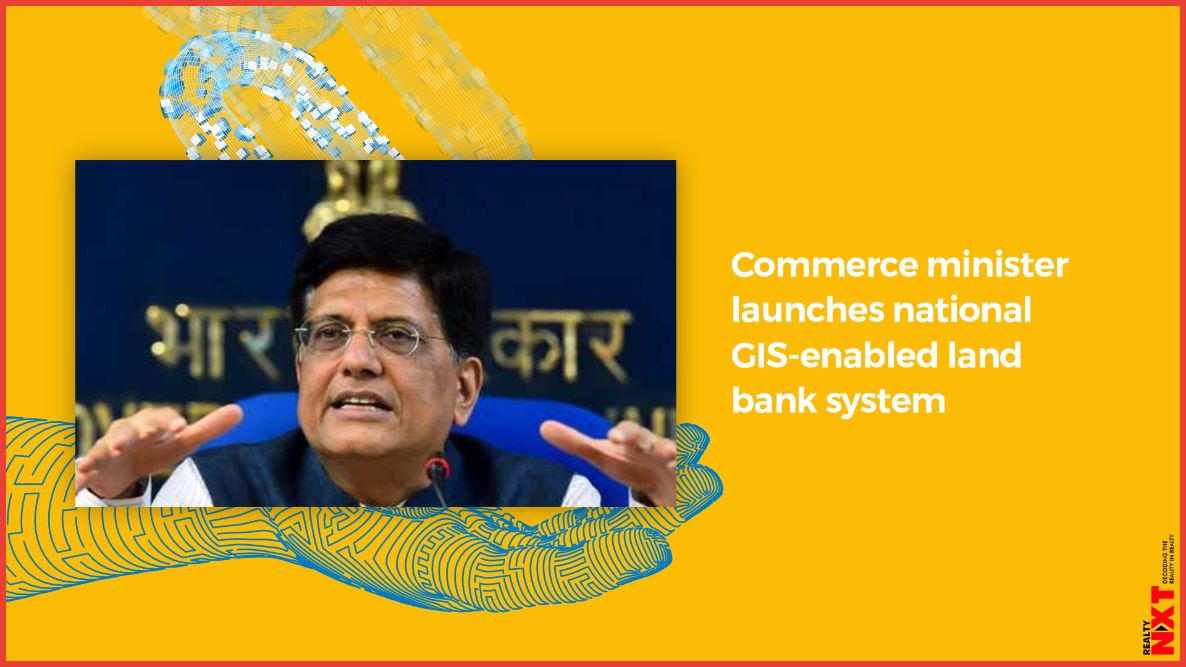 The project was launched today for six states.

Commerce and Industry Minister Piyush Goyal on Thursday e-launched the national GIS-enabled Land Bank system, which is being developed by integration of Industrial Information System (IIS) with State GIS Systems.

The project was launched today for six states.

Goyal held a virtual meeting with the industry ministers of states, UT administrators and senior officers of the central and State Governments in which issues of pushing industrial manufacturing in the country, attracting investments, pushing the approach of ‘One District One Product’ (ODOP), and promoting a National Movement Towards ‘AatmaNirbhar Bharat’ were discussed.

Launching the National GIS-enabled Land Bank system, Goyal expressed the confidence that other states and UTs will be onboard by the end of this year.

He said that this is a prototype only and will be developed further with inputs from states, to make it an effective, transparent mechanism of land identification and procurement.

An official release said that IIS portal is a GIS-enabled database of industrial areas/clusters across the states.

More than 3,300 industrial parks across 31 states and UTs covering about 475,000-hectare land have been mapped on the system.

The release said that IIS adopts a committed approach towards resource optimization, industrial upgrading and sustainability.

It said the initiative is being supported by Invest India, National Center of Geo-Informatics (NCoG), National e-Governance Division (NeGD), Ministry of Electronics and Information Technology and Bhaskaracharya Institute for Space Applications and Geo-Informatics (BISAG).

In his address, Goyal called upon the states to collectively work in the spirit of ‘Team India’ to enhance industrial activity in the country, attract investment and provide a better life to 1.3 billion people of India, and better prospects for the coming generations.

He said that Aatamnirbhar Bharat, a self-reliant country has to increase engagement with the world, from the position of confidence and strength.

The minister said India has to achieve the target of USD 5 trillion economy in five years and for this, manufacturing has to play an important role, which can provide employment and value addition.

The minister also stressed on developing a single-window system, which could be one-stop digital platform to obtain all requisite central and state clearances and approvals, required to start business operations in India.

On the approach of ‘One District One Product’ (ODOP), Goyal said that this could help in making India a manufacturing powerhouse.

He said that every district has some speciality, strengths or uniqueness, and ODOP could be a transformational step forward realizing the true potential of a district, fuel economic growth and generate employment and rural entrepreneurship.

On the issue of value addition in exports, Goyal said that India’s exports bucket presently has a large share of primary products and low-value addition products. He stressed on the need for the states to incentivize value addition activities.

Paving The Way Ahead For PropTech, Really Singapore