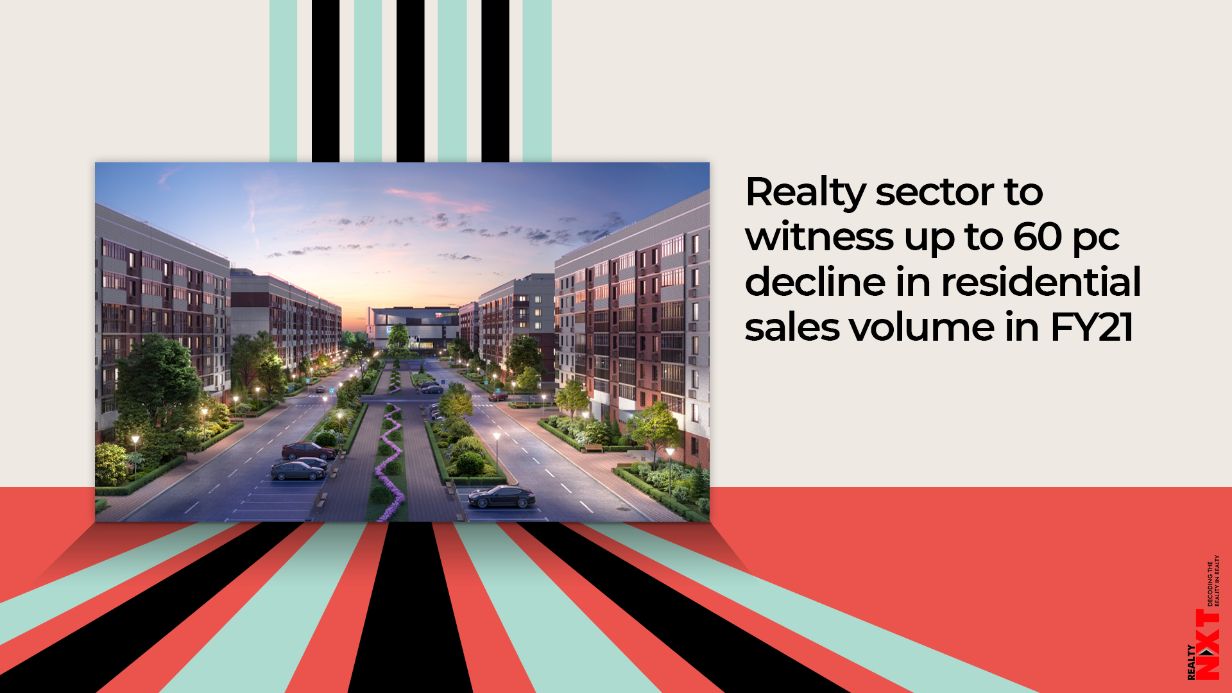 According to the agency, the collections from customers are also expected to decline by around 35-40 per cent.

According to the agency, the collections from customers are also expected to decline by around 35-40 per cent.

Maintaing a negative outlook for the real estate sector, the agency noted that the overall sales volume from completed and under-construction inventory is expected to reduce by 40-60 per cent.

“The preference for completed inventory is expected to continue thus favouring the developers having higher proportion of such projects. However, the steep reduction in home loan rates may aid housing demand to some extent, with home loan interest rates having dropped below 8 per cent for the first time in 15 years,” the agency said.

It noted that committed receivables from already booked sales have also been impacted, given that some milestone based payments have been deferred due to stoppage of construction activities earlier.

Icra also expects the spends on ongoing projects to reduce by around 30 per cent in FY21 on account of the pandemic.

“New launches, which were already on a declining trend given the increased focus on deliveries, are likely to get further deferred,” it said.

Icra further said the overall project cash flows are expected to be impacted by slower collections leading to reduced inflows.

“While there will be reduction in project spends as well, the reduction in inflows is likely to remain higher than the reduction in outflows, leading to lower net operating cash flows and higher dependence on other forms of liquidity/refinancing,” it said.

According to Icra, higher rated clients have maintained considerable liquidity buffers, which can be used to meet project costs and debt obligations.

Also, many companies have availed moratorium to bring down debt repayments, which coupled with automatic reduction in collection-linked prepayments, has provided some relief to the developers.

“Going forward though, adequacy of operating cash flows to meet scheduled repayment obligations will remain a key look-out area, with developer ability to refinance or carry out one-time restructuring of debt obligations under the recently announced government relief measure, in case of a cashflow gap remaining critical,” it said.

However, firms with adequate balance sheet strength, available liquidity, financial flexibility, refinancing ability and a well-diversified project portfolio under varying stages of execution, spread across different geographies and segments are expected to be better positioned to absorb disruptions in operating cash flows.