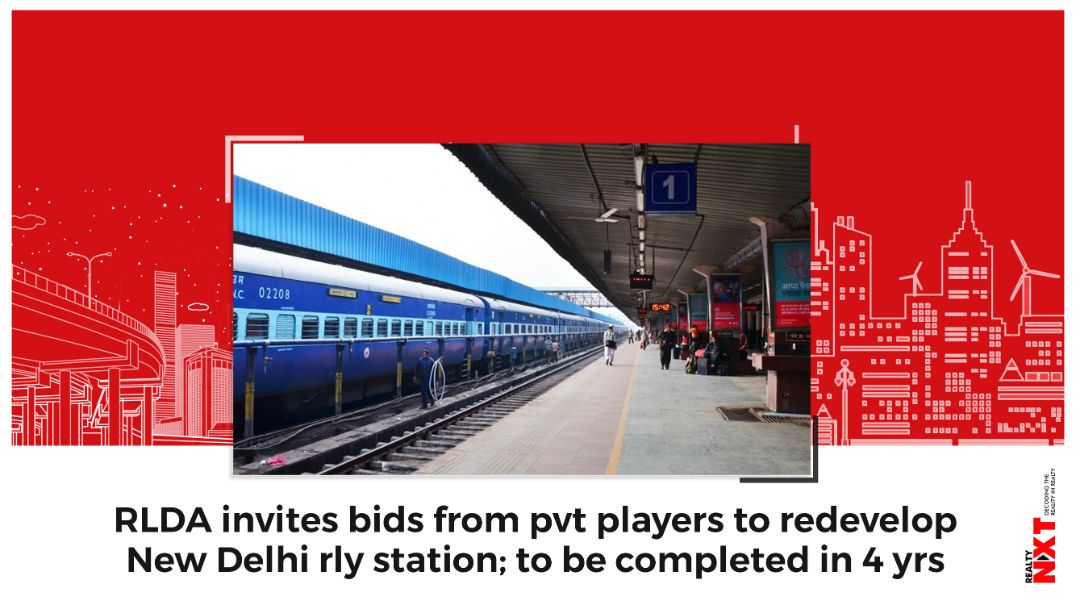 The organisation said that the project was likely to be completed in around four years.

The organisation said that the project was likely to be completed in around four years.

A Request For Qualification (RFQ) floated by the RLDA pegs the estimated cost of the redevelopment of the station at Rs 4,925 crore. It involves redeveloping the iconic station, road connections through flyovers, relocation of railway offices and buildings and creating social infrastructure.

The other components of the RFQ include all permissible commercial developments like retail, hotels, offices and service apartments at designated locations.

The estimated cost of the entire project is Rs 6,500 crore.

The redeveloped station would have separate arrival and departure sections. It would also feature a large concourse along with passenger facilities such as lounges, food courts, retail and rest rooms.

According to the RFQ, the project would be given out on a Design Build Finance Operate Transfer (DBFOT) basis for a concession period of 60 years to a private developer or consortium.

The RFQ, approved by the PPP Appraisal Committee (PPPAC), is slated to open on November 6 which will be followed by a RFP next year.

The concessionaire will earn revenues from several components, including passenger handling fees collected from ticket sales, revenues from passenger facilities within the station such as retail areas, lounges, parking, advertisement spaces, F&B, etc. and income from the development and lease of the commercial components.

The developer is expected to give an annual concession fee (ACF) (bid variable) to the authority along with a fixed upfront premium.

The RLDA is currently working on 62 stations in a phased manner, while its subsidiary, the IRSDC, has taken up another 61 stations. In the first phase, the RLDA has prioritised prominent stations like New Delhi, Tirupati, Dehradun, Nellore, and Puducherry for redevelopment. The railway stations across India will be redeveloped on a PPP Model as a part of Smart City Projects launched by the government.

The New Delhi station, the largest and busiest railway station with 4.5 lakh daily footfalls, handled around 400 trains per day before the pandemic struck.