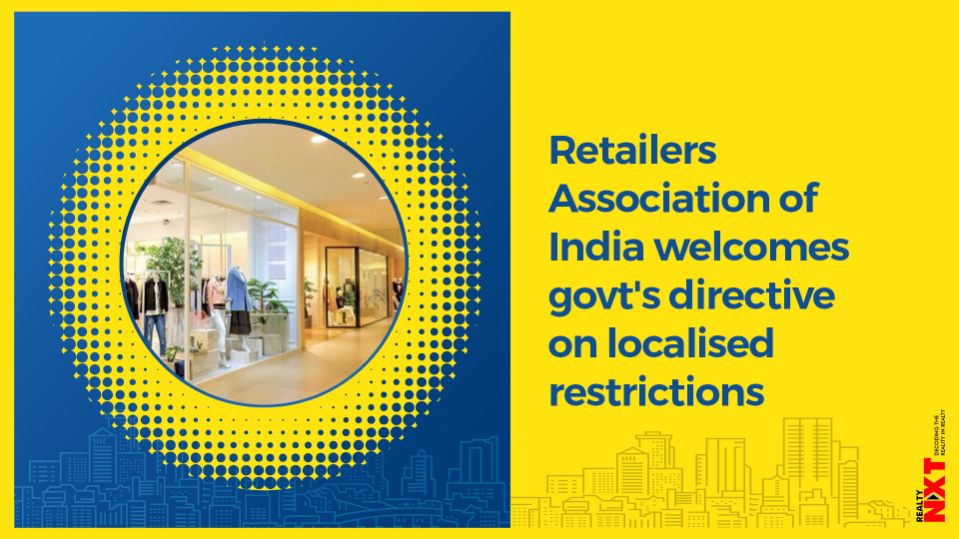 He further said, RAI appreciates the efforts of MHA and DPIIT (Department for Promotion of Industry and Internal Trade) for taking steps to get the economy going.

The Retailers Association of India on Monday said the Centre’s directive to states and union territories not to impose lockdown outside containment zones without approval, comes as a silver lining to the Indian retail industry that has been battling localised restrictions.

Earlier, weekend and partial lockdowns were being implemented at the local levels despite Ministry of Home Affairs (MHA) orders to keep retail open on all days, which suggested a gap in coordination between centre and states, Retailers Association of India RAI said in a statement.

“Livelihood is important and we believe that any shutdowns should be very carefully calibrated to ensure a balance between lives and livelihood. A central focus as compared to just local decisions is the need of the hour,” RAI CEO Kumar Rajagopalan said.

He further said, RAI appreciates the efforts of MHA and DPIIT (Department for Promotion of Industry and Internal Trade) for taking steps to get the economy going.

RAI said retailers are majorly depending on the upcoming festive season for the recovery of the business. Boost to the retail industry will in turn benefit the entire value chain, which involves manufacturing, entertainment, artisans and other micro-enterprises.

“Removing roadblocks at the local level will not only help retailers to plan better for the season, but will also help them make decisions on hiring,” it added.

Such a move, RAI said, will also benefit taxes collected by the state governments like Goods and Service Tax (GST), among others which is important to help revive the economy.

“Most importantly, it will be in the interest of consumers as it will bring convenience to them,” it added.

RAI said for retailers, nearly 60-70 per cent of costs are fixed with rents and salaries to employees making up a large part.

“In times like these, when the demand is inelastic, it is crucial to keep stores open on all days and for extended hours. Only this will help retailers crawl back from the financial distress they have been facing and encourage social distancing,” it added.

On Saturday, while issuing new guidelines, MHA order stated that state/ UT governments shall not impose any local lockdown (State/ District/ sub-division/City/ village level), outside the containment zones, without prior consultation with the Central Government.