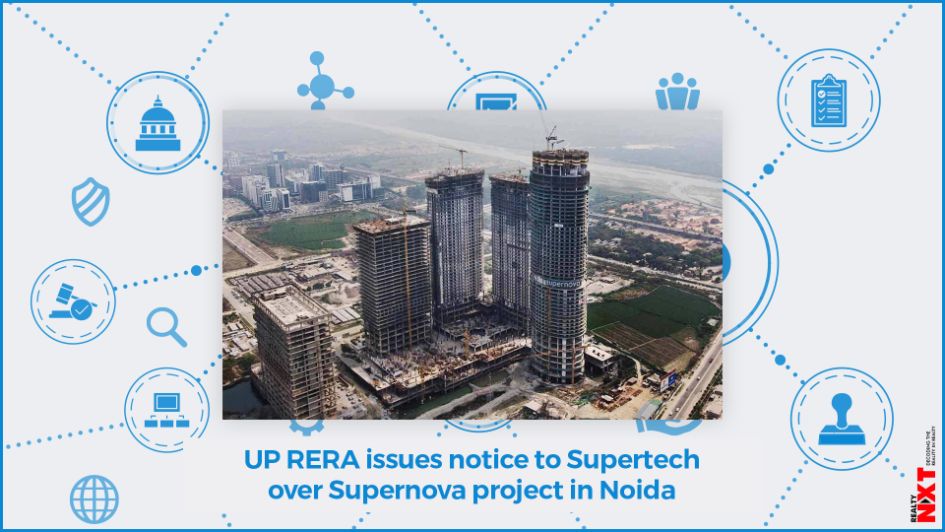 The Supertech group, however, said it did not receive the RERA’s notice issued in February and cited lockdown-related reasons for the delay in submission of the revalidated map of the premium project.

The Uttar Pradesh Real Estate Regulatory Authority (RERA) on Wednesday said it has issued a notice to realtor Supertech asking why its registration should not be revoked over failure to submit a revalidated map of its project Supernova in Noida.

The Supertech group, however, said it did not receive the RERA’s notice issued in February and cited lockdown-related reasons for the delay in submission of the revalidated map of the premium project.

The Authority said the show cause notice has been issued to the developer under section 7 of the RERA for revoking the registration of its project Supernova Phase – IV.

The Authority said it had granted “conditional registration” to the project on assurance by Supertech chairperson R K Arora that a revalidated map would be submitted in six months.

“He had submitted that his application for revalidation of the map of the project is pending with the NOIDA authority on account of pending dues, that matter will be resolved soon and he would submit the revalidated map,” a RERA statement signed by Secretary Abrar Ahmed stated.

“The promoter has not replied to the notice of the Authority,” it added.

The matter was reviewed by the Authority in its meeting dated August 28 and it decided to issue a show cause notice to the promoter under section 7 of the RERA Act to explain within 30 days as to why the registration of the Supernova Phase-IV project of the promoter not be revoked, according to the statement.

However, it added that the final decision will be taken after going through the reply of the promoter.

When contacted, Supertech group claimed it has not received any notice in the month of February.