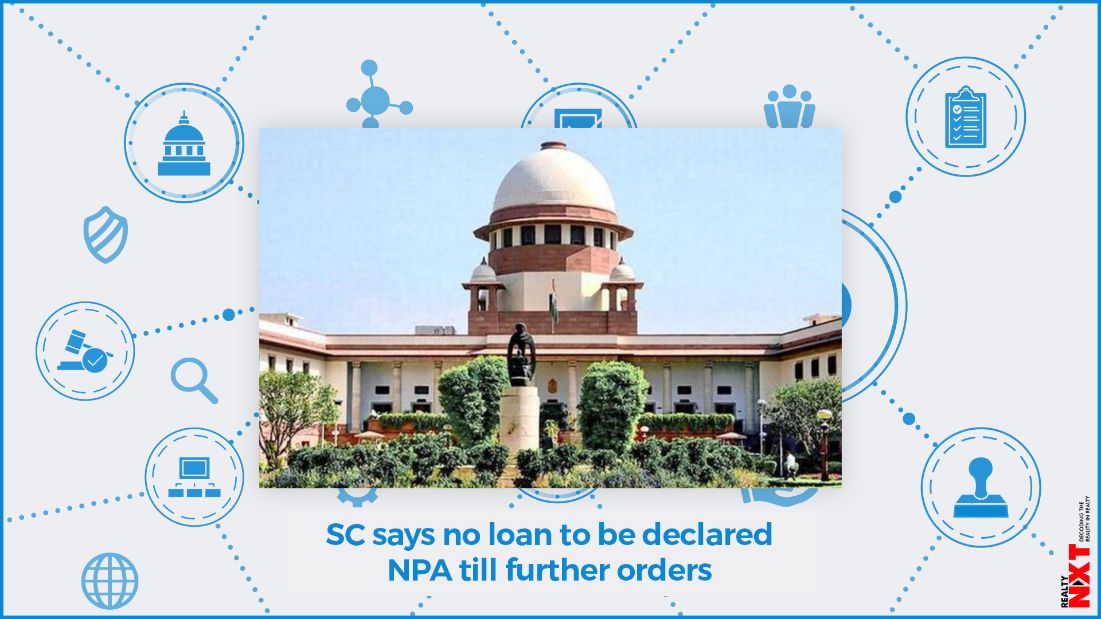 Mehta referred to the affidavit filed recently by the Centre which said that under the RBI circulars the moratorium gives relief to borrowers as the account does not become NPA despite non-payment of dues during the period.

In a relief to stressed borrowers who are facing hardship due to impact of COVID-19 pandemic, the Supreme Court Thursday said that accounts which were not declared as non-performing assets till August 31 this year, shall not be declared NPA till further orders.

A bench headed by Justice Ashok Bhushan said this while hearing a batch of pleas which have raised the issue of interest being charged on instalments which were deferred during the moratorium period due to the COVID-19 pandemic.

The apex court passed the order while noting the submissions of senior advocate Harish Salve, who appeared for banks’ association and said that “no account shall become NPA at least for a period of two months”.

“In view of the above, the accounts which were not declared NPA till August 31, 2020 shall not be declared NPA till further orders,” the bench, also comprising Justices R S Reddy and M R Shah, said in its order.

Solicitor General Tushar Mehta, who appeared for the Centre and the Reserve Bank of India (RBI), said that banking sector is the “backbone of the economy” and “every sector” and “every economy” is under stress due to the pandemic.

Mehta said it is an accepted position worldwide that waiving off interest is not a good option for revival of economy.

While referring to the grievance raised by the petitioners, the bench said, “We are concerned with interest on the interest”.

Mehta referred to the affidavit filed recently by the Centre which said that under the RBI circulars the moratorium gives relief to borrowers as the account does not become NPA despite non-payment of dues during the period.

“Your submission is that there will be no NPA for two months. Then the banks should not take action against the borrowers in the meantime when we are hearing the matter,” the bench told Mehta.

The pleas filed in the apex court have raised issue pertaining to validity of March 27 circular of the RBI which allowed lending institutions to grant moratorium on payment of instalments of term loans falling due between March 1, 2020 and May 31 this year due to the pandemic. Later, the period of moratorium was extended till August 31.

During the hearing conducted through video-conferencing, the solicitor general told the bench that measures have been taken by the Finance Ministry and the RBI in tandem to deal with the situation arising out the pandemic.

“Impact of COVID is faced by every sector but its impact is different on different sectors. Like in Pharma and IT sectors, the impact is positive,” he said, adding that it was decided not to go for waiver of interest but to reduce the pressure of repayment of instalments.

While giving details of steps taken by authorities to ameliorate the problems and keeping in mind the aspect of revival of economy, Mehta said that idea behind the moratorium was to defer repayment to ease the burden on borrowers caused due to the pandemic.

The bench told Mehta that grievance of the petitioners is that despite the measures undertaken by the government and the RBI, they have not been given the benefit which they should have been.

The bench raised question about the compound interest and said the issue was whether the moratorium and penal interest can go on together.

Mehta, while contending that authorities concerned acknowledges the problem faced by borrowers due to the pandemic, said that the August 6 circular of RBI takes care of most of the issues raised by the petitioners.

The bench, while referring to the submissions advanced by the petitioners, said they have argued that there has to be sector wise relief.

It said another issue was whether under the Disaster Management (DM) Act, something more has to be done by the NDMA and other authority.

The arguments in the matter remained inconclusive and would continue on September 10.

The Centre had recently told the apex court that waiver of interest on deferred EMIs during the moratorium period would be against “the basic canons of finance” and unfair to those who repaid loans as per schedule.

RBI has however come out with a scheme which provides for extension of moratorium for two years to certain stressed borrowers, the Centre had informed the top court.

The Ministry of Finance had filed an affidavit before the apex court, which had earlier asked the Centre and the RBI to review the move to charge interest on EMIs and interest on the interest during the moratorium period introduced under the scheme due to COVID-19 pandemic.

The solicitor general had told the bench that moratorium period on repayment of loans amid the pandemic is “extendable” by two years.

Borrowers and various bodies representing different sectors had on Wednesday assailed before the apex court the charging of “penal’ interest on deferred EMI payments by banks under the moratorium scheme during the pandemic.

The counsel appearing for the Confederation of Real Estate Developers’ Associations of India (CREDAI) had told the bench that moratorium should be extended for at least six months.