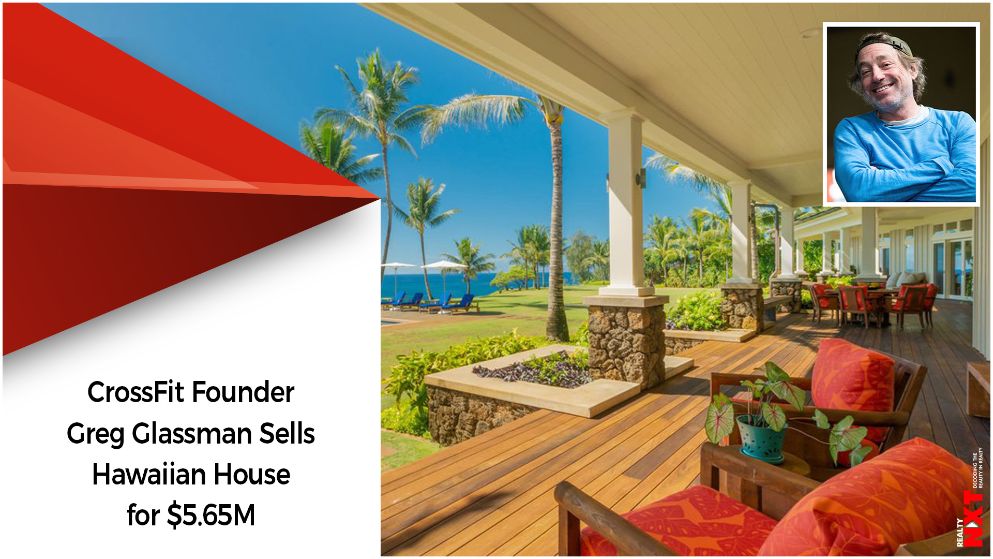 An updated listing for the three-bedroom plantation-style house in Kealia, on the island of Kauai, says it sold on Thursday for $5.65 million.

Greg Glassman, a co-founder of the grueling group-fitness craze CrossFit, has sold his idyllic Hawaiian escape for $5.65 million.

An updated listing for the three-bedroom plantation-style house in Kealia, on the island of Kauai, says it sold on Thursday for $5.65 million. The home, which is surrounded by acres of coconut trees and a short walk to surf spot Kuna Bay, hit the market in December asking $7 million.

The 4,300-square-foot house features typical Hawaiian architecture, including a wraparound lanai, or porch, that looks over a saltwater pool and the ocean through a canopy of trees. Residents can enjoy the view from rockers or the lanai’s sunken hot tub.

Inside, the clean, open interiors include hardwood floors and rooms that are all oriented toward the dramatic landscape. Every bedroom has sliding glass doors to a porch outside.

The mystery buyer will presumably inherit Mr. Glassman’s gym—a cavernous space stocked to the hilt with free weights and other equipment.

It’s not yet clear whether the buyer of his main house has also agreed to purchase the undeveloped land, which is currently listed as “under contract,” with real estate agent Jennifer Acoba of Oceanfront Sotheby’s International Realty. Ms Acoba and Mr. Glassman could not immediately be reached for comment.

The real estate deal comes a few months after CrossFit announced Mr. Glassman planned to sell off the fitness empire for an undisclosed amount following backlash from comments he reportedly made about the death of George Floyd at the hands of police in Minnesota.

He told in January he’d decided to sell the Hawaiian property because the house had become too small for his family, joking he would have to “put the kids in cupboards.”