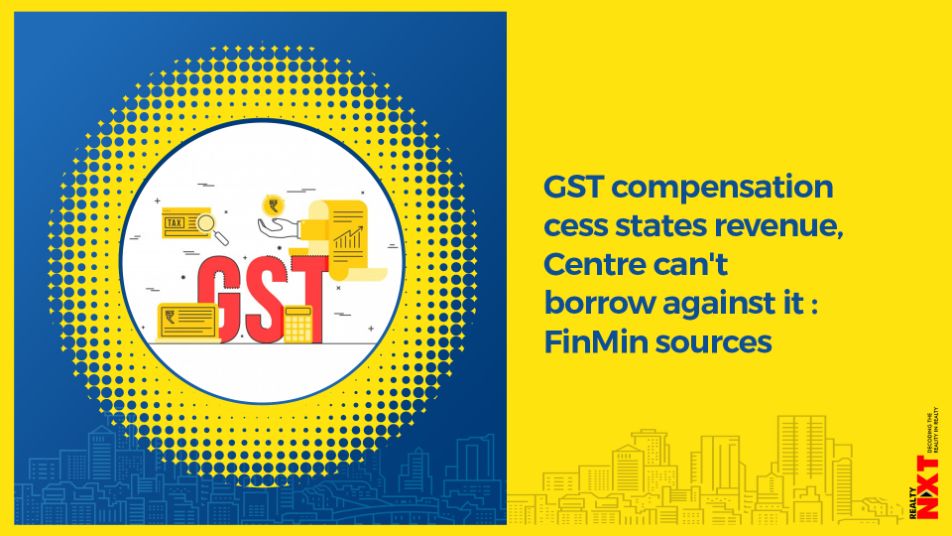 Reasoning why the Centre cannot borrow to fund the shortfall, sources said that it needs to be appreciated that under the GST law, the compensation cess is a tax owned by the states.

The revenue accruing from GST compensation cess goes to the states and the Centre cannot borrow on the security of the tax which it does not own, Finance Ministry sources said. The Centre and opposition-ruled states are at loggerheads over the financing of the Rs 2.35 lakh crore GST shortfall in the current fiscal. Of this, as per the Centre’s calculation, about Rs 97,000 crore is on account of GST implementation and rest Rs 1.38 lakh crore is due to the impact of COVID-19 on states’ revenues.

The Centre late last month gave two options to the states to borrow either Rs 97,000 crore from a special window facilitated by the RBI or Rs 2.35 lakh crore from the market and has also proposed extending the compensation cess levied on luxury, demerit and sin goods beyond 2022 to repay the borrowing.

Chief ministers of six non-BJP ruled states of West Bengal, Kerala, Delhi, Telangana, Chhattisgarh and Tamil Nadu have written to the Centre opposing these options which require states to borrow for meeting revenue shortfall. Reasoning why the Centre cannot borrow to fund the shortfall, sources said that it needs to be appreciated that under the GST law, the compensation cess is a tax owned by the states.

“Under Article 292 of the Constitution of India, the Centre can borrow on the security of its own taxes and resources which is Consolidated Fund of India. It cannot borrow in the security of the tax which it does not own,” one of the sources said.

Compensation Cess is a resource dedicated to States and only states can borrow on the strength of future flows from cess which will eventually get credited to the consolidated Fund of States, sources said. A source further said that if states go for option 1 and borrow Rs 97,000 crore, it does not mean they will have to forego the remaining compensation.

“The remaining compensation will be paid to states after the above borrowing has been fully repaid. Therefore, where is the doubt about the Centre not meeting its commitment?” the source said. The Centre has already enhanced the borrowing limit of states from 3 per cent to 5 per cent of GSDP.

“On an average, the states have borrowed so far only about 1.25 per cent of the GSDP. Only a few states have reached around above 2 per cent of the GSDP. Therefore, “enough headroom is available to the states to borrow as per their requirements and needs,” the source said. Sources said that if the Centre borrows it would have a higher impact on the market and push the G-Sec rate which becomes the benchmark rates for other borrowings including borrowing by the state governments.

Any borrowing by the central government would crowd out borrowings by the private sector and would make borrowings costly for entrepreneurs. The deciding factor would, thus, be whose borrowings will have the least impact on the market rates, they said.

“It is unarguable that since rates on Central Government securities works as one of the benchmarks for market rates, any additional borrowings by Centre would have a higher impact on the market rates than that by States. If the benchmark rates increase on account of borrowing by the Centre, the states too will get impacted because it will increase their cost of borrowing”, one of the sources said.

Sources further said that since the repayment will come from the compensation cess, there is no reason why the rates would be different for each State and a debt window could be so packaged that it is State independent altogether. Finance Ministry sources said that working out revenue shortfall on account of GST implementation is just a mechanism to assess how much of the shortfall should be met by borrowing and how much could be deferred.