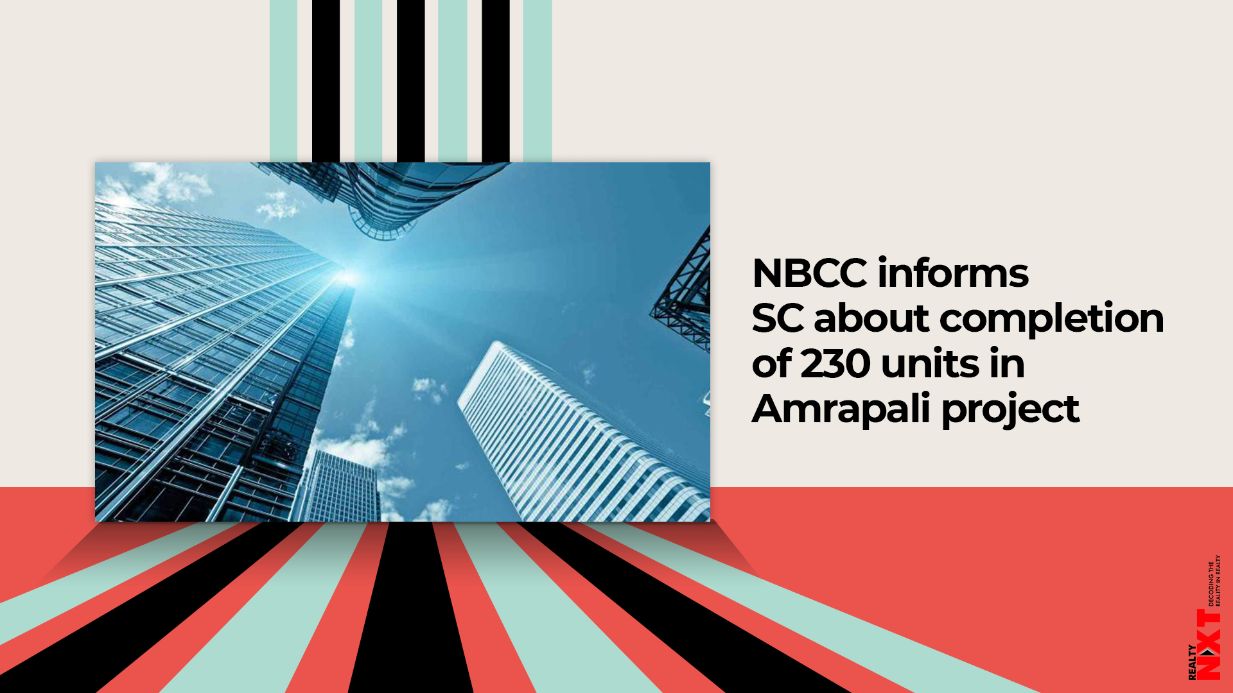 During the hearing, the NBCC informed a bench comprising Justices U U Lalit and Ashok Bhushan that it has completed work on 230 units and handed them over to the receiver.

The NBCC informed the Supreme Court on Monday that it has completed construction work on 230 units and handed them over to the court-appointed receiver for the Amrapali housing project.

During the hearing, the NBCC informed a bench comprising Justices U U Lalit and Ashok Bhushan that it has completed work on 230 units and handed them over to the receiver. The bench asked the receiver to give details of the pending dues of the buyers for these units.

The NBCC also sought an assurance regarding future funds as it has employed almost 12000 workers at different sites. The bench directed the NBCC and receiver to give details of the funds requirement.

Kumar Mihir, advocate for the home buyers, said: “With 12,000 workers employed on different projects, we are hopeful that the work on all Amrapali projects will be completed as promised and the long wait of defrauded home buyers will be over.”

The top court also directed real estate company Mahagun to deposit Rs 240 crore before the court by March 31, 2021, for a plot of land which was given to it by the Amrapali group. The bench said the land would be auctioned by the Noida authority if the builder fails to deposit the amount.

The top court said Mahagun will pay Rs 35 crores by October 31, Rs 65 crores by December 31, and the rest by March 31, 2021. The bench noted that Mahagun will pay interest at 9.25 percent on this amount and in case it defaulted on paying the first instalment, the land will revert to the Noida authority for auction.

The home buyers’ counsel added that if the first instalment is paid but there is default in the next instalment, then Rs 10 crore will be forfeited and Mahagun will lose its rights over the land. “Only when the entire 240 crore plus transfer charges as applicable and interest is paid, Mahagun will be allowed to create any charge or interest over this land”, added the counsel.

The top court also directed Mahagun to file an affidavit with the board resolution in 10 days, and the Noida authority was also asked to indicate its dues within 15 days. This issue was directed to be listed for further hearing in the first week of November.

The receiver informed the top court that in terms of the September 1 order, he has sent a letter to the Governor of the Reserve Bank of India and CMDs of other banks inviting them to finance Amrapali projects and for release of the loan amounts, but he is yet to receive any reply. The court directed him to place any reply received before it.

Former Amrapali CMD, Anil Kumar Sharma had filed an application seeking directions to the lower courts to decide his case without prejudice to the findings/observations made by the Supreme Court. The top court asked the ED and EoW to file the status report of investigation cases against him. The court has posted the matter for further hearing on September 21.