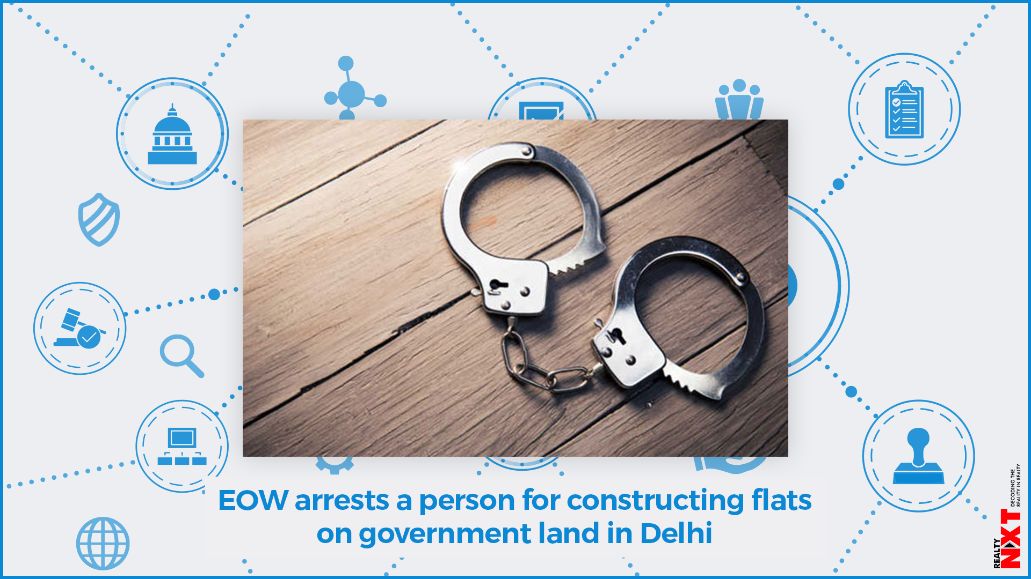 The apartment has been built on government land (Compensation Pool Property) bearing plot no. 152 to 154, and private land bearing plot number 151 and 108 in Chhattarpur village, they said.

A 56-year-old man wanted for his alleged involvement in a conspiracy to facilitate the sale and encroachment of government land nine years ago has been arrested by the Economic Offences Wing of the Delhi Police, officials said on Thursday. The accused, Diler Singh, is a resident of Chhattarpur village, they said.

A case was registered in 2011 on the complaint of the then principal secretary-cum-divisional commissioner, GNCT, New Delhi, the police said.

According to the complainant, an unauthorised apartment block, Neelakanth Apartment, was constructed on evacuee property bearing no. 152 to 154, Chhattarpur village and flats were sold to the general public, they said.

The apartment has been built on government land (Compensation Pool Property) bearing plot no. 152 to 154, and private land bearing plot number 151 and 108 in Chhattarpur village, they said.

“During investigation, it emerged that the accused person got executed the sale documents of two plots number 151 and 108 in Chhattarpur village from Diler Singh and his brother Kulwant Singh,” Joint Commissioner of Police (EOW) O P Mishra said in a statement.

Using the forged General Power of Attorney, Diler Singh sold plot no. 151 to Rajesh Dhir and further transferred it to builders without any demarcation of the properties, Mishra said.

Taking the benefit of non-demarcation, the builders occupied the adjacent plots no. 152-154 illegally and constructed the apartment. Later, they sold the flats to general public, the officer said.

Two other accused persons, Jagbir Singh and Ganesh Kumar, who sold the flats and executed sale documents in favour of buyers, have already been arrested in the case, he added.