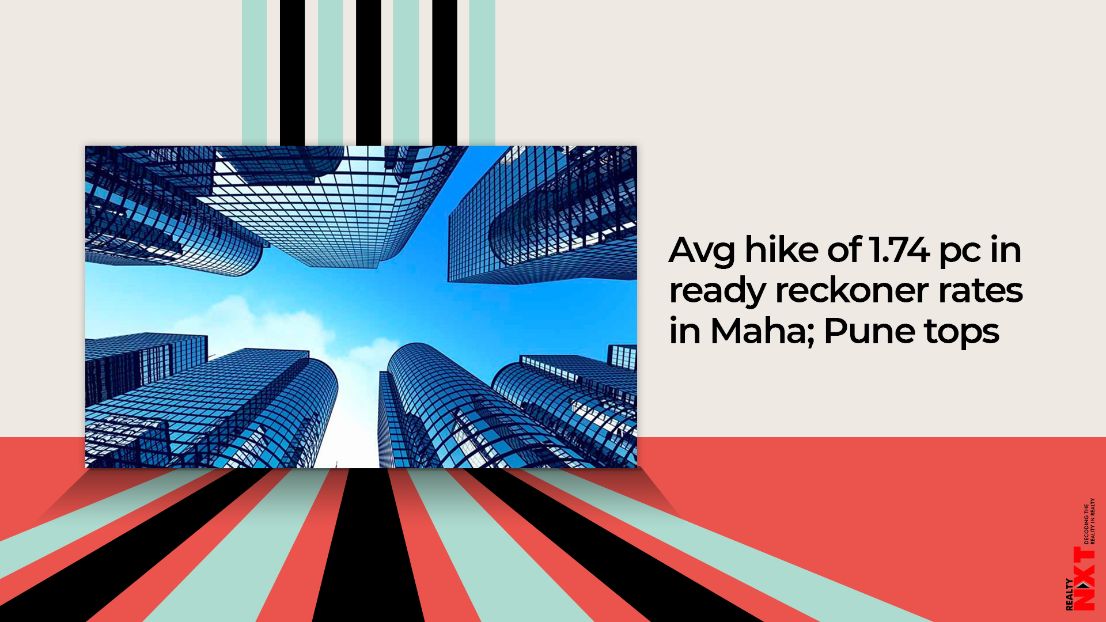 In Pune, RR rates have been increased by 3.91 percent, which is highest in the state.

The Maharashtra government on Friday hiked ready reckoner rates by an average of 1.74 per cent across the state.

The new rates were announced here by Omprakash Deshmukh, Inspector-General of Revenue and Controller of Stamps.

The publication of ready reckoner rates, which are prices of a residential property, land or commercial property for a given area, usually takes place on March 31 every year but were postponed this time due to the coronavirus outbreak.

Deshmukh said the hike was marginal, when compared to increase by as much as 10 per cent in previous years, adding that the revision had come after a gap of two years and five months.

In Pune, RR rates have been increased by 3.91 percent, which is highest in the state.

“The marginal increase in RR rates will help real estate pick up pace. When stamp duty on property was brought down from 6 percent to 3 percent, there were reports in the media that RR rates will be increased by 10 percent but nothing ofthat sort happened. The present hike in RR rates is natural and reasonable,” he said.

In rural areas of the state, RR rates have been increased by 2.81 percent.

In an influential area, the overall hike is 1.89 percent, while in municipal council and municipal corporation limits, RR rates have been increased by 1.29 percent and 1.02 percent respectively, he said.

The hike in RR rates in Raigad, Ratnagiri and Sindhudurg is 3 percent, 2.69 percent and 2.48 percent respectively.