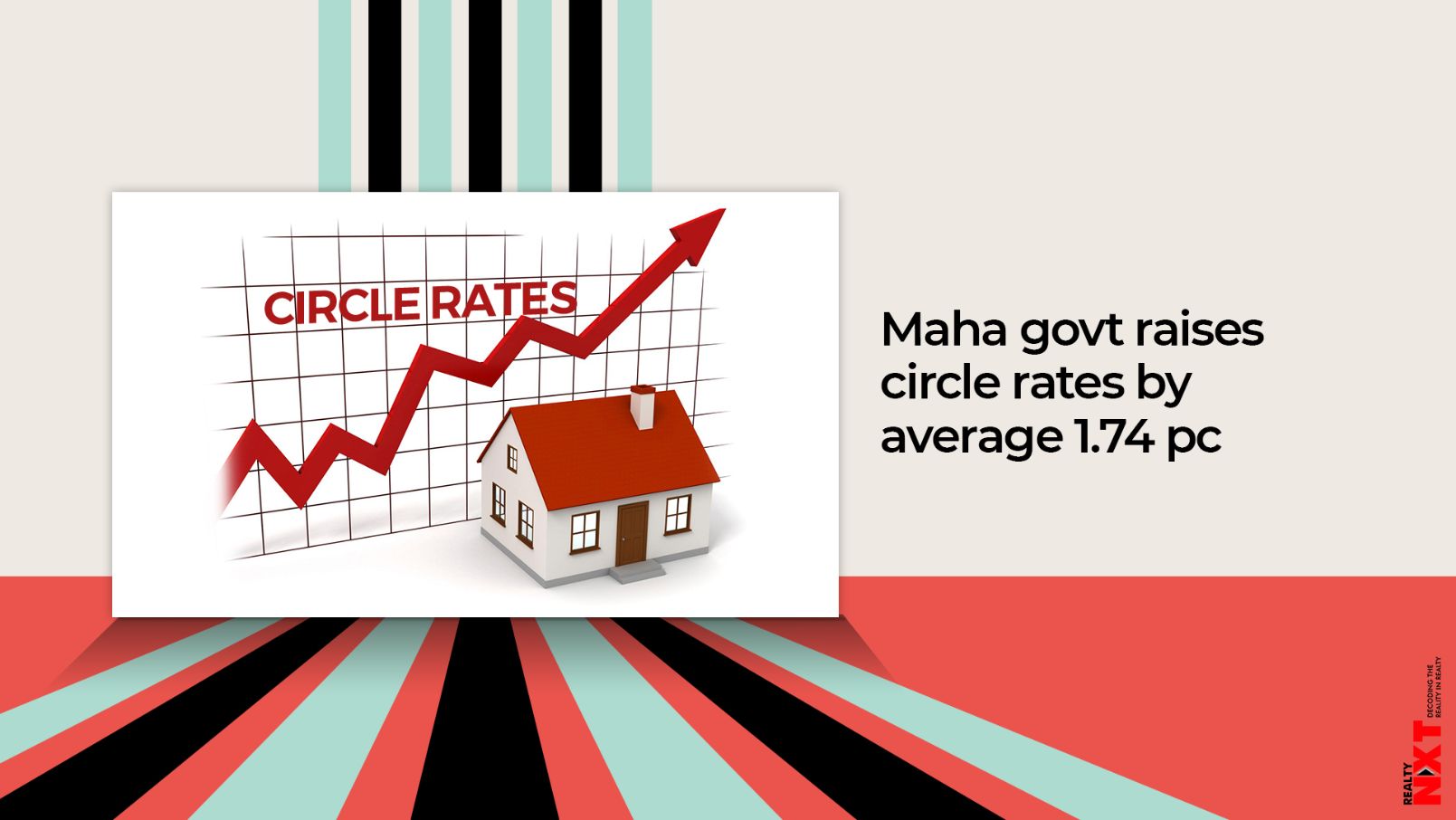 Ready reckoner rate, also known as circle rate, is the minimum price below at which a property can be registered in case of its transfer.

The Maharashtra government on Friday increased the ready reckoner rates of properties by an average 1.74 per cent.

The new rates will come into effect from September 12, an official statement from the office of the Inspector General of Registration and Controller of Stamps said.

Ready reckoner rate, also known as circle rate, is the minimum price below at which a property can be registered in case of its transfer.

In May, the government had decided to keep the rates unchanged for the current financial year, as it was not able to assess the new rates in wake of the current COVID-19 crisis.

The government has increased the rates after it kept it unchanged for two consecutive years 2018-19 and 2019-20, after increasing the rates by 3.9 per cent in 2017 following a slowdown in the sector.

While the government has increased the RR rates for the rest of Maharashtra; for Mumbai, excluding the metropolitan region, it has reduced the rates by 0.6 per cent.

The decision also comes days after the government decided to reduce the stamp duty rates by almost 50 per cent to 2 per cent till December and later to 3 per cent till March 2021, from the existing 5 per cent, to give a boost to the sluggish real estate sector.

According to the official document, for the rest of the metropolitan region, which includes Thane, Palghar and Raigad, the rates have been increased by 1.42 per cent, 2.37 per cent and 3 per cent, respectively.

Every year, the government”s revenue department determines the stamp duty ready reckoner rate for the state according to market dynamics, which are revised on April 1 of that year.

Credai-MCHI President Deepak Goradia said, “While the entire real estate industry was expecting a reduction in the ready reckoner rates, the Maharashtra government has increased them, which will lead to a cascading affect of increasing approval costs.”

He added that property sales in primary as well as secondary markets in areas where RR rates are higher than market rates will slow, due to income tax levied on both buyers and sellers. “This move is bound to have an adverse impact on the number of new project launches and puts the viability of ongoing projects under question.”

He added that bringing down the RR rate considerably at this juncture is something that everybody was looking forward to, as it would have given some room to developers to bring down the prices.

Puri further said that in most of the micro-markets, the RR rate is almost equal to the ongoing sales price, and buyers as well as sellers have to pay tax if sales happen below the RR rate.

“This has been the limitation cited by developers to bring down prices, and an increase of RR rates further limits the room for them to bring down the price, while too marginal a reduction makes no difference at all,” he added.