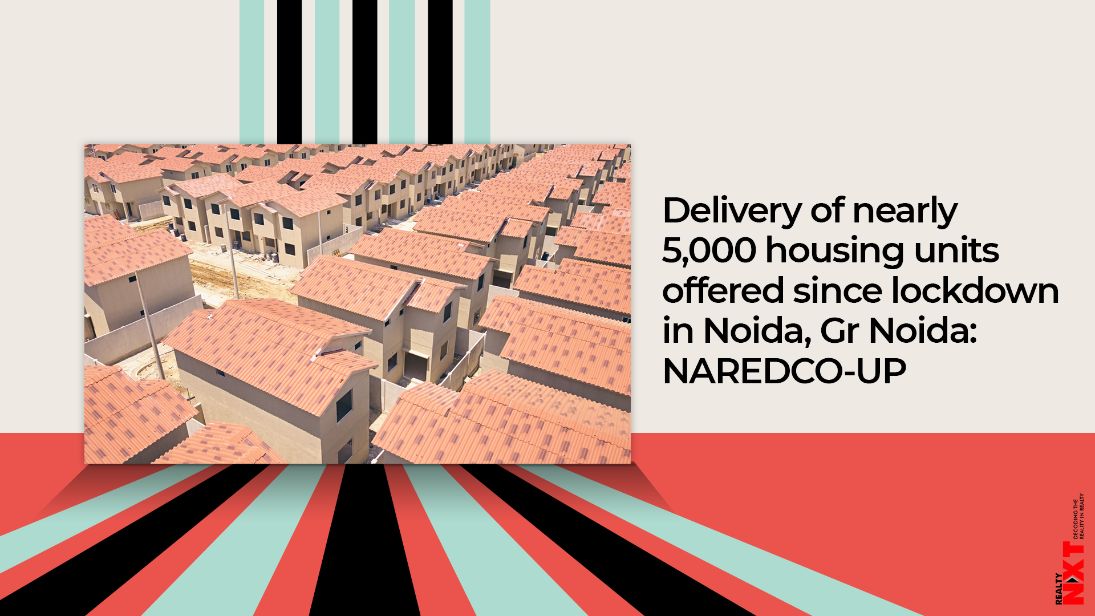 NAREDCO-UP President R K Arora expressed optimism on the real estate sector, which had come to a grinding halt since the lockdown in March, returning to tracks soon.

The Uttar Pradesh chapter of realtors‘ body NAREDCO on Monday said its member developers have offered delivery of nearly 5,000 housing units in Noida and Greater Noida since the imposition of COVID-19 lockdown.

These units are from five major real estate groups — Supertech, Migsun, Panchsheel, Sikka and Trident. Details from other members regarding their deliveries in Gautam Buddh Nagar district have been sought, NAREDCO-UP said in a statement.

NAREDCO-UP President R K Arora expressed optimism on the real estate sector, which had come to a grinding halt since the lockdown in March, returning to tracks soon.

“Based on the available data, NAREDCO member developers like Panchsheel Group offered delivery of approximately 1,100 units, Migsun Group 1,225 units, Supertech Group 1,976 units, Sikka Group 250 flats and Trident Group 350 units after the implementation of the lockdown,” Arora was quoted as saying in the statement.

Details of flats offered by other member developers are also being collected, Arora, who is also the chairman of Supertech Group, said.

He said the UP chapter of the National Real Estate Developers Council (NAREDCO) has made efforts to bring back the migrant workers who had left construction sites amidst the lockdown.

The developers” body had signed a Memorandum of Understanding with the UP government for rehabilitation of migrant workers, on the basis of which many of them have been brought back from different parts of the state and provided job, accommodation, food and necessary facilities so as to resume construction, he said.

“With the joint efforts of all developers, the workers could be brought back and construction resumed at sites. In spite of all odds, the developers have been able to give possession of an impressive number of units to buyers since the implementation of lock down,” he claimed.