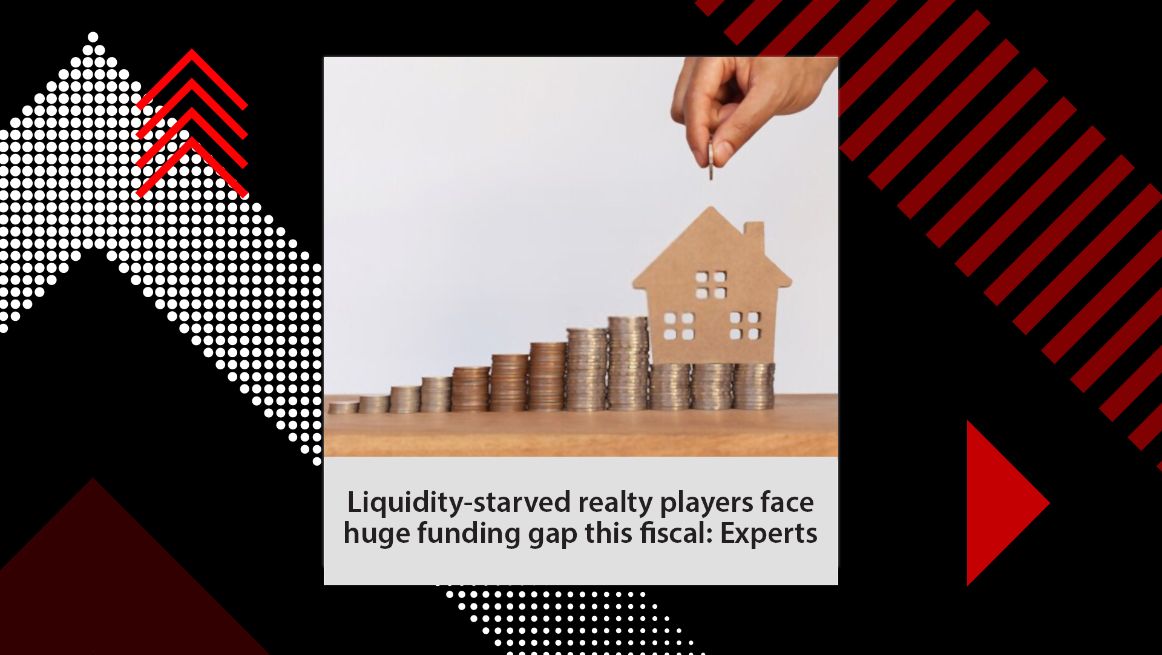 Even as the K V Kamath committee has recommended the restructuring of loans, several liquidity-starved real estate developers that do not qualify under the criteria stare a huge funding gap in the current financial year, according to experts.

Along with the government, the Reserve Bank of India has been taking various initiatives to pump in liquidity into the system by reducing repo rates as well as easing cash reserve ratio (CRR) requirement of commercial banks.

“The already languishing residential real estate demand is expected to plunge 50-70 per cent year-on-year in the current fiscal, with the COVID-19 pandemic crushing economic activity and with it, big-ticket spending,” ratings agency Crisil said.

It added that as a result, the credit profiles of small-to-mid-sized and leveraged developers will be impacted than larger, experienced developers with healthy balance sheets.

According to experts, the pooling of CRR was expected to infuse nearly Rs 80,000 crore into the sector but the funds have not yet flown into the system.

“The CRR pooling has increased the potential for lending to the sector by almost Rs 80,000 crore but that money has not flown to the sector,” Nisus Finance Managing Director and CEO Amit Goenka told.

He added that though the banks reduced the cost for home loans but they have not passed it on for commercial loan rates.

Goenka further said that with the availability of the liquidity, banks are willing to lend but they are not ready to bring down the cost because the risk weightage is still high.

According to CRISIL, the situation is bleaker for more than 100 small developers and single-project special purpose vehicles.

“Small-to-mid-sized developers will face a sharp 200 per cent rise in funding gap this fiscal. But, their ability to borrow or raise capital is limited as debt-to-total assets ratio is significantly high at 75 per cent as of March 2020.

“Interest cover is also weak at 1.2-1.5 times versus 2 times for the large developer groups,” it said.

Recently, the Kamath panel recommended financial ratios for 26 sectors that could be factored in by lending institutions while finalising a resolution plan for a borrower.

“A one-time restructuring of debt obligations can provide considerable support for such stressed projects,” ICRA has said.

It added that deferment of obligations or additional funding to meet the cash gap, with a favourable repayment structure spread over two years, would provide the required liquidity to enable project completion.

Many companies have availed moratorium to bring down debt repayments, which, coupled with automatic reduction in collection-linked prepayments, has provided some support in terms of debt coverage levels. However, developers with a high proportion of slow-moving or stalled projects with significant impending debt repayments are likely to continue facing cash gap issues.

“There is a massive mismatch in what the sector needs. While certain announcements are made, the banks are not acting upon it, as they have their own problems.

“They have different risk perceptions. They also want to make profits. Therefore, if the real estate industry has to revive, the government needs to immediately pump in liquidity into the sector,” he added.

Echoing similar views, CREDAI National President Satish Magar said the sector, which has crippled badly due to the COVID-19 pandemic, needs immediate liquidity to come out of the crisis.

“The demand has fallen and so have the sales over the past few years. The COVID-19 pandemic has only worsened the situation. The sector players are grappling with liquidity and we expected the OTR (one-time restructuring) would provide the relief,” he added.

Magar, however, added that since most of the players were facing liquidity issues even before the pandemic hit the country, most of them will not be eligible for the one-time restructuring.