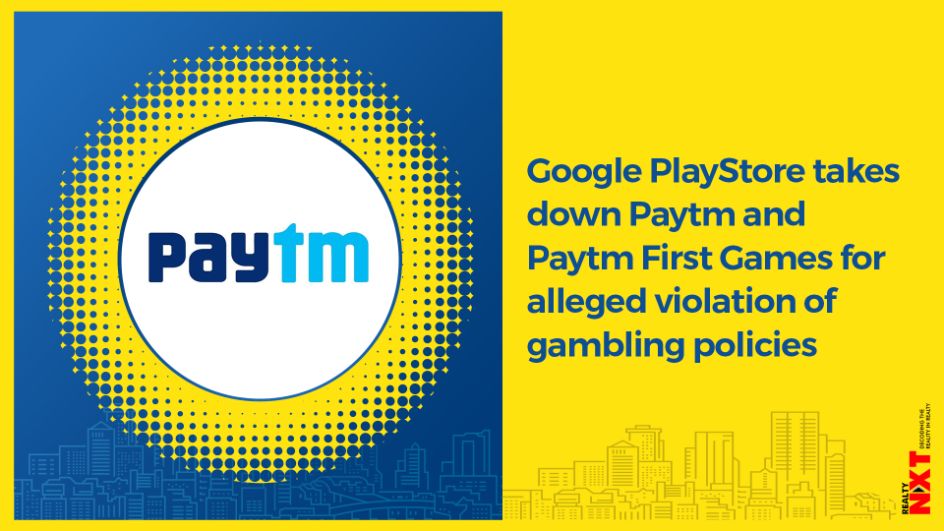 When an app violates these policies, we notify the developer of the violation and remove the app from Google Play until the developer brings the app into compliance.

Digital payments app Paytm along with its gaming app Paytm First Games were taken down from Google Play Store on Friday for alleged violation of gambling policies. This comes after Google issued a statement on “play gambling policies in India” in a blogpost.

“We don’t allow online casinos or support any unregulated gambling apps that facilitate sports betting. This includes if an app leads consumers to an external website that allows them to participate in paid tournaments to win real money or cash prizes, it is a violation of our policies,” reads a statement issued by Suzanne Frey, vice president, product, Android Security and Privacy.

In the blogpost, the tech giant further stated that “When an app violates these policies, we notify the developer of the violation and remove the app from Google Play until the developer brings the app into compliance. And in the case where there are repeated policy violations, we may take more serious action which may include terminating Google Play Developer accounts.”

It should be noted that the Noida-based company’s other apps, including Paytm Mall, Paytm Money and Paytm for Business, are still available on the Android store. Similarly, all five apps of the company are available for download for iOS customers on the App Store.

To assuage its consumers fears, Paytm took to social media to reassure customers. “Paytm Android app is temporarily unavailable on Google’s Play Store for new downloads or updates. It will be back very soon. All your money is completely safe, and you can continue to enjoy your Paytm app as normal,” Paytm said in a tweet.

Paytm First Games, a fantasy gaming platform for sports like cricket, football, basketball and Kabaddi, had recently roped in Sachin Tendulkar as its brand ambassador. Earlier this week, the company said that it aims to reach 100 million users in the upcoming T20 league and to this end, plans to invest Rs 300 crore on branding and marketing this year.

This is not the first time when an app has been taken down by Google for violating its policies. In May, digital payment app MobiKwik was removed from Google Play Store over violation of Google’s ads policy.