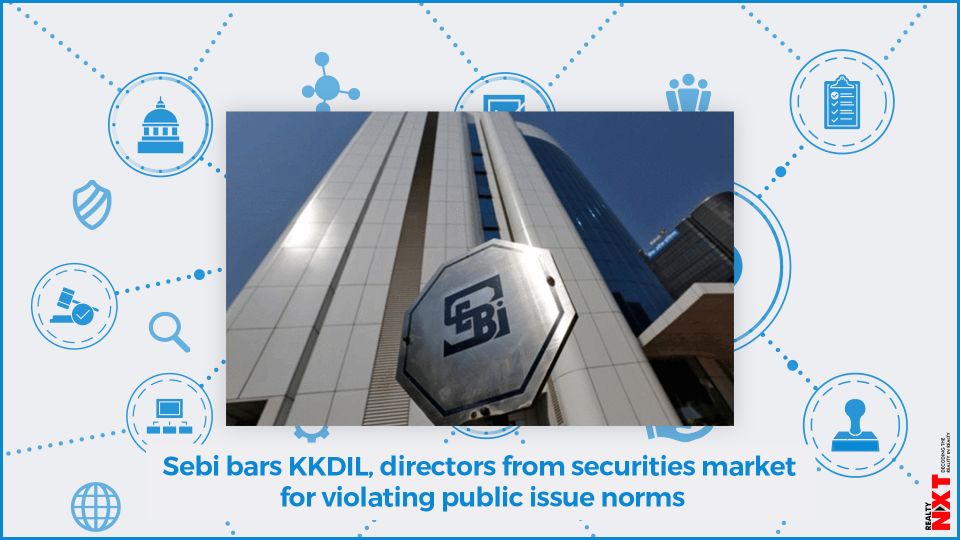 Sebi found that KKDIL made public issues of equity shares and CRPS without following the issue and listing norms.

Regulator Sebi has banned Kalyani and Kalyani Developers India Ltd and its current as well as former directors from the securities market, for raising funds from investors without complying with public issue norms.

The order came after Sebi received several complaints and conducted an examination against the company to ascertain if Kalyani and Kalyani Developers India Ltd (KKDIL) had issued securities to investors in violation of the public issue requirements.

During the examination, the watchdog noted that the company had issued equity shares to 3,738 persons cumulatively amounting to Rs 3.49 crore during financial years 2007-08 to 2012-13.

Also, Rs 2.91 crore has been mobilised by the company from 1,691 allottees during 2006-13 through the CRPS (cumulative redeemable preference shares ) issue.

Sebi found that KKDIL made public issues of equity shares and CRPS without following the issue and listing norms.

It further said KKDIL and its directors, including past directors, have prima facie not complied with the Companies Act and ICDR Regulations (Issue of Capital and Disclosure Requirements) by making the public issue of equity shares and CRPS of Kalyani Developers.

Accordingly, in an interim order passed on Tuesday, Sebi said KKDIL and its directors will not buy, sell or otherwise deal in the securities, including units of mutual funds, either directly or indirectly, or associate themselves with the securities market, any listed firm or company intending to raise money from the public.

In addition, Sebi said, KKDIL “shall cease to mobilise fresh funds from investors through the offer and allotment of any securities, to the public and/or invite subscription, in any manner whatsoever, either directly or indirectly”.

The directions will comes into force with an immediate effect and will remain in force till passing of any further order by the regulator, the Securities and Exchange Board of India (Sebi) said.

In a separate order, the regulator imposed a penalty of Rs 5 lakh on Coastal Fertilisers Ltd for its failure to furnish information sought by the regulator in the matter of Steel Exchange India Ltd (SEIL).

A summon was issued to Coastal Fertilisers in Ocrober 2019 seeking details pertaining to its dealings in the scrip of SEIL.

“The noticee (Coastal Fertilisers) has failed to comply with the summons dated October 23, 2019 for production of documents and appear in person for recording of statements and therefore, I hold that the noticee has violated the provisions …of the Sebi Act,” Sebi said.