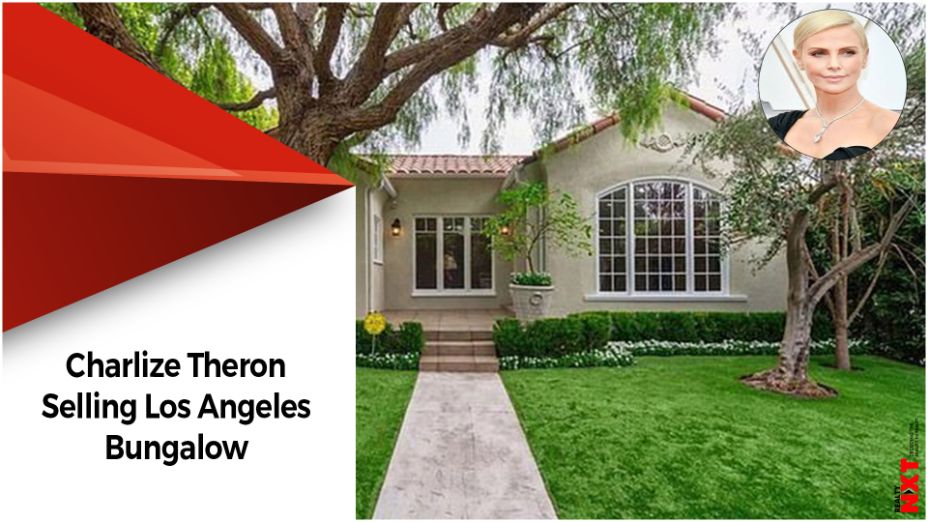 Considering that she’s spent a considerable sum on renovations, and there will be hefty real estate fees to pay, the vaunted actor is likely to take a loss on the property that she picked up almost fifteen years ago for $1.843 million.

Charlize Theron, who took home an Oscar in 2004 for “Monster” and earned her third Oscar nomination earlier this year as broadcast journalist Megyn Kelly in the 2019 biodrama “Bombshell,” seeks to thin her considerable Los Angeles area property portfolio, listing an updated 1920s Spanish bungalow along one of the most coveted streets in West Hollywood, Calif., at just shy of $1.9 million.

Considering that she’s spent a considerable sum on renovations, and there will be hefty real estate fees to pay, the vaunted actor is likely to take a loss on the property that she picked up almost fifteen years ago for $1.843 million. Listings held by David Gray at Berkshire Hathaway HomeServices California Properties show the meticulously maintained single-story bungalow, unlikely to ever have been occupied by Theron, who maintains a much more grand home a few miles away, has four bedrooms and 2.5 bathrooms in close to 2,000 square feet.

A tall, thick hedge and imposing entry gates obscure the home from view and trees shade evergreen artificial turf in the simply landscaped front yard. The front door opens efficiently if less than elegantly directly into a great room with matte-finished wood floors, a barrel-vaulted ceiling and a stylishly unadorned fireplace, while the open-plan kitchen features light stone countertops on dark wood cabinets, up-to-date stainless steel appliances and, in the cozy breakfast nook, a side door to the gated driveway. Bedrooms and bathrooms all open off a long, skylight-topped central corridor. One of the three average-sized guest bedrooms spills out to the backyard, another has direct access to a shared hall bathroom and the primary bedroom offers two closets plus a private, modern-minded bathroom.

Out back, a detached two-car garage has been converted to additional, flexible living space that spills easily out through a bank of glass sliders to a strip of faux-grass that runs around a dark-bottom swimming pool and tile-accented spa. High fencing and even higher hedging ensures privacy.

The celebrated actor and budding producer, who’s producing projects include several of her own films as well as the TV shows “Girlboss,” “Hyperdrive” and “Mindhunter,” owns at least three other homes in the Los Angeles area, including a second 1920 Spanish bungalow that’s just down the street from the one she’s trying to sell and was purchased more than 20 years ago for about $520,000. In 2004 she shelled out exactly $3 million for a contemporary home hidden down a long, semi-private drive in a famously celeb-packed pocket of the Hollywood Hills, and since 1998, when she bought it for $1.65 million, her primary residence in Los Angeles has been a big, solar powered Spanish villa (also invisible behind huge hedges) in the star-favored Outpost Estates neighborhood in the foothills above Hollywood.