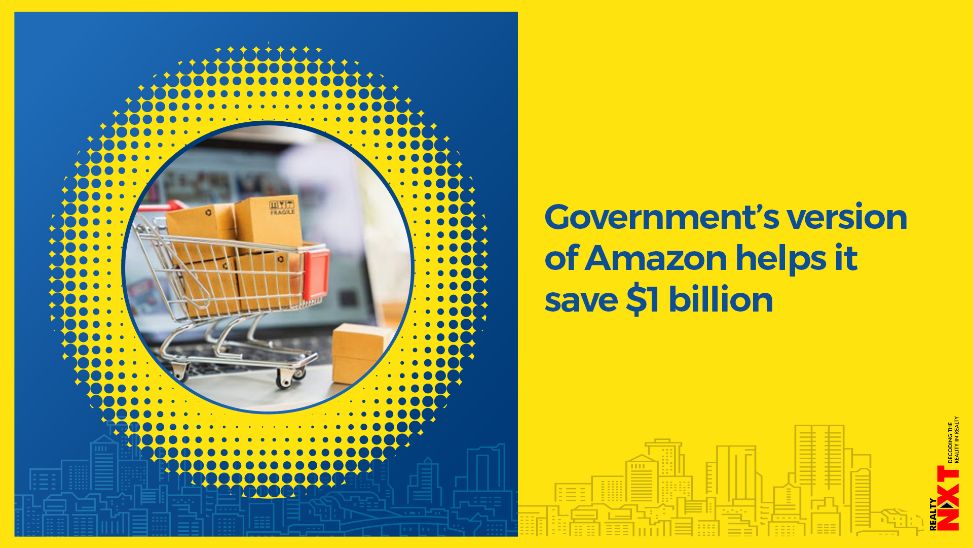 The Indian government’s move to shift a part of its $400 billion public procurement to an online market platform has already saved the administration about $1 billion so far at a time when it’s trying to rein in its fiscal deficit, according to a government official.

The four-year-old Government e-Marketplace or GeM, often referred to as the government’s Amazon.com, helps ministries and state companies connect with sellers across the country to buy computers, cars, chairs and millions of other products and services at the lowest possible price. Sellers include some of the country’s biggest companies, such as Hindustan Unilever Ltd, Maruti Suzuki India Ltd and Tata Motors Ltd.

“Every penny saved is a penny added to the topline. It’s an addition to the government’s kitty,” Talleen Kumar, GeM’s chief executive officer, said in an interview Wednesday. “If GeM is able to bring about savings in procurement, that money can be utilized by the government for other important purposes and priorities.”

India spends about 18% of gross domestic product on procurement but only about a quarter of it can be bought on the e-marketplace, as the rest includes highly specialized items such as defense weapons and aircraft. At present, only about $3.5 billion of the annual procurement is being done through the online marketplace, but Kumar thinks it can reach $100 billion in three to five years.

He estimated the switch from legacy procurement systems could produce annual savings of about $10 billion — enough to meet the federal government’s expenditure on health.

The savings is a boon to Prime Minister Narendra Modi at a time when his government is trying to rationalize its expenditure. The budget deficit is seen widening to the most in about three decades after the government presented a fiscal package in May to stem the economic fallout of the pandemic.

Modi also is using the marketplace to keep Chinese companies away from government contracts after tensions between the neighbors intensified earlier this year amid border clashes. Suppliers must note the country of origin for any goods they sell on GeM, which helps government departments implement Modi’s “Make in India” policy of self-reliance, Kumar said.

Until 2016, all Indian government procurement was routed through the Directorate General of Supplies and Disposals, which had its origins in the India Stores Department the British set up in 1860 to centralize goods buying for their former colony.

After looking at some of the biggest e-procurement programs, such as the US General Services Administration and South Korea’s ON-line E-Procurement System, Modi decided to switch to a marketplace using technology, analytics and digitization to make procurement more transparent and efficient.

Countries in the Middle East and Southeast Asia are looking at a similar model, according to Boston Consulting Group Inc, which helped develop the growth road map and revenue model for India’s portal.

Kumar said the government aims to take the portal to the next stage by consolidating all its procurement at one place.

“Even if a category is not there, vendors can still bid on GeM, and later on the category can be added,” he said. “It will lead to economies of scale, better price discovery and dissemination of best practices.”