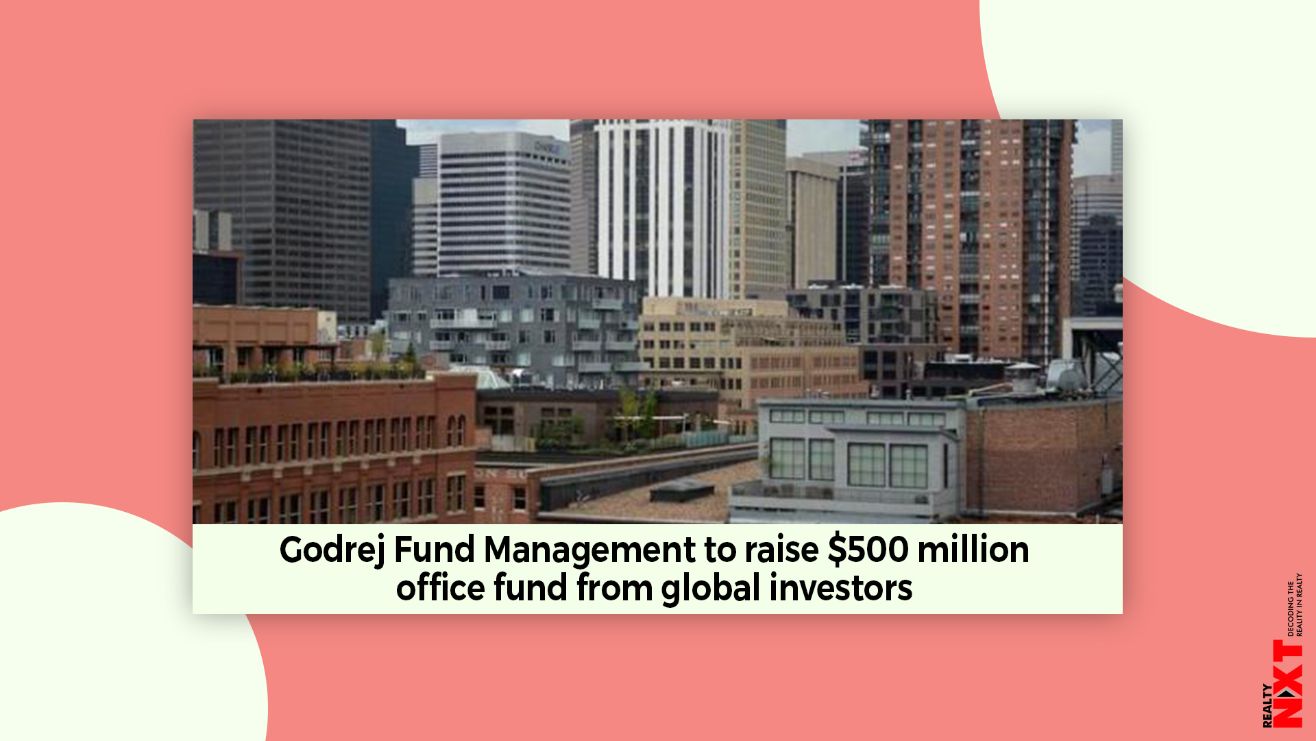 A year ago, GMF had raised the $450-million Build to Core office development fund, besides a $150-million office investment fund, which have been fully deployed.

Godrej Fund Management (GFM), the real estate-focused private equity arm of the Godrej Group, plans to raise a $500-million fund by early next year to invest in office properties, and is in talks with global investors, said Karan Bolaria, the company’s managing director and chief executive.

A year ago, GMF had raised the $450-million Build to Core office development fund, besides a $150-million office investment fund, which have been fully deployed.

Godrej’s move comes at a time when India’s commercial office market has suffered a blip because of the pandemic, but continues to attract long-term investor interest. “We continue to be bullish on the office market. We have ramped up our office platform rapidly and will expand it further. There is a shortage of good quality, Grade A office space and we believe despite the work-from-home trend, clients will work from offices and take up more space as a risk mitigation measure,” said Bolaria said in a telephonic interview.

GFM’s existing investors include Dutch pension fund APG Asset Management and Allianz Real Estate. It invested in six properties across Pune, Bengaluru, the National Capital Region, and Mumbai. Its has more than $1 billion in assets under management. The strategy for the new fund remains focussing on the four key markets and buy land and build office properties, Bolaria said.

“Land prices have corrected by 10-15% and there are good opportunities to deploy money. Unlike before, landowners today are willing to negotiate prices. The new fund has also seen a high level of interest from overseas investors,” he said.

GFM’s key strategy is to buy land and build, but it may make an exception to acquire a ready office property depending on the opportunity and value.

The new work from home (WFH) regime has divided companies or tenants over its long-term sustainability as a solution. Property advisory Knight Frank India said in a September report on the impact of WFH on corporate real estate that it may not have much of an impact on a long-term basis and may not result in significant cost savings by companies, particularly in the IT sector

The sector, which has been at the forefront in encouraging employees to continue to work from home, has been the key driver of India’s office market contributing nearly 44% of cumulative office space demand between 2010-2019.