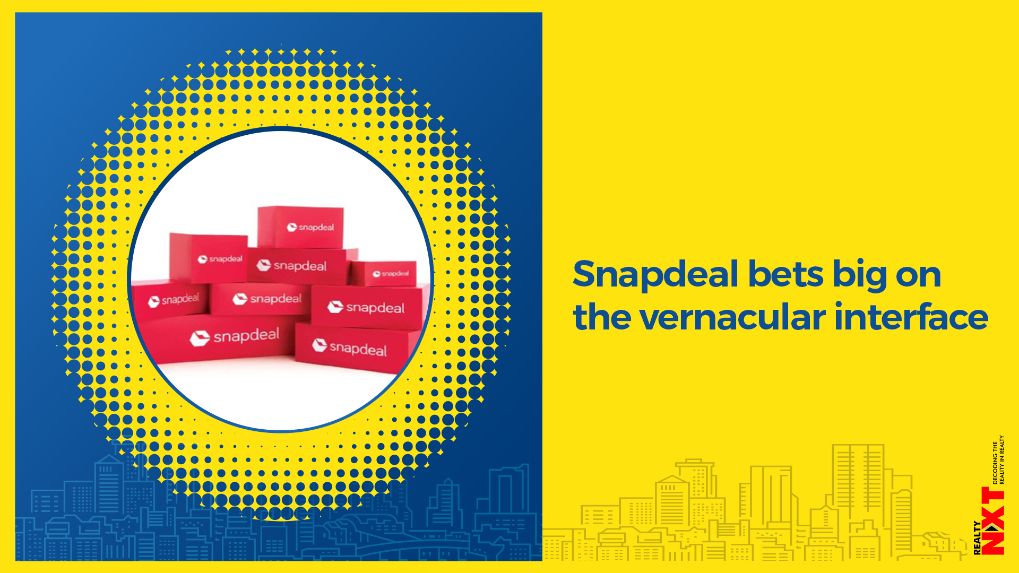 Snapdeal on Monday said its app now supports eight vernacular languages including Tamil, Kannada, Gujarati and Marathi as it gears up for the upcoming festive season. “Snapdeal has seen 30 per cent of its users prefer the vernacular language interface that it provides on the platform. The Snapdeal app and m-site were launched in vernacular languages to a select number of users about six months ago,” a statement said.

The vernacular language tech has largely been built in-house by Snapdeal. After the pilot roll-out, the vernacular options are now being expanded to a larger audience ahead of the Diwali season, it added.

Snapdeal’s app is now available in eight languages including Hindi, Tamil, Kannada, Telugu, Malayalam, Gujarati, Punjabi, and Marathi in addition to English, the company said in a statement.

Availability of vernacular interface is seen to drive increased engagement with first-time users, and a growing number of users from smaller cities also prefer the comfort of browsing in their native languages.

“While e-commerce in India is about a decade old, the early buyers were mainly an English-speaking audience from metro India. Over the last few years, with the steady fall in the price of smartphones and data, buyers from all parts of India are coming online in massive waves,” a Snapdeal spokesperson said.

The next 400 million online buyers will be very diverse in terms of languages spoken, the spokesperson said.

“They are now starting to explore and buy from the vast choices available online. As a discovery-led platform, we are delighted to offer our users the option to browse and transact on Snapdeal using multiple Indian languages. We believe this will make shopping more fun and convenient for our customers,” the spokesperson noted.

E-commerce companies see a large chunk of their business coming in during the festive sales and they make significant investments ahead of time to ramp up capacity to handle the spike while ensuring smooth user experience.

Snapdeal said it has seen higher engagement on its platform from users utilising the vernacular option in terms of increased page views, time spent on the platform, interaction with various features like gaming and product videos, and purchases made.

Snapdeal has added 5 million new shoppers on its platform amid the pandemic.

Three in four of these new shoppers have accessed the platform in vernacular language, the statement said.

“Among the vernacular shoppers, the Hindi language is the most used interface on the app. Most of the shoppers using the Hindi language app come from Uttar Pradesh, Rajasthan, Haryana, and Delhi NCR. Some of the other languages that have been used frequently include Tamil and Telugu,” it added.

Nearly 96 per cent of vernacular language users were from non-metros, it said.