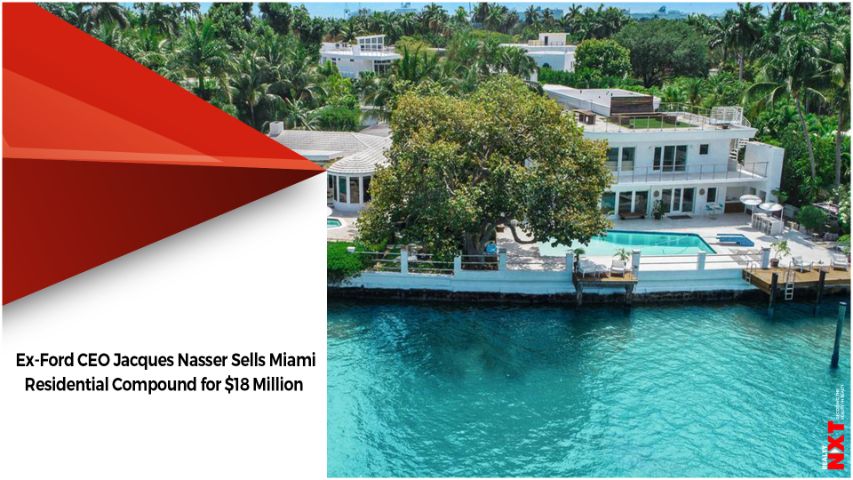 The sale marks the most expensive for Miami’s Venetian Islands this year, and the second most expensive ever, according to the Multiple Listing Service.

A waterfront property owned by Jacques Nasser, former president and CEO of Ford Motor Company, has sold for $18 million, just about two and a half months after it hit the market.

The compound, consisting of two homes with a combined 10,041 square feet of living space, was listed on July 1 for $19.9 million with Dora Puig of Luxe Living Realty. It went into contract on Aug. 19 and closed last week for $18 million, listing records show.

The sale marks the most expensive for Miami’s Venetian Islands this year, and the second most expensive ever, according to the Multiple Listing Service.

In total, the home has nine bedrooms, 12 bathrooms, an open–plan living and dining space, and an eat-in kitchen. The 0.65-acre lot has two outdoor pools and parking space for four cars, according to the listing.

After retiring from Ford in 2001, Mr. Nasser, who has lived and worked in Australia and the U.S., subsequently worked at One Equity Partners, the private equity arm of JPMorgan, and was chairman of the Australian mining company BHP Billiton from 2010 to September 2017.

Both Mr. Nasser and the listing agent, Ms. Puig, could not immediately be reached for comment.

Mansion Global could not identify the buyer, as the transaction has yet to appear in property records online.

(This story has been published without modifications to the text. Only the heading and intro have been changed)