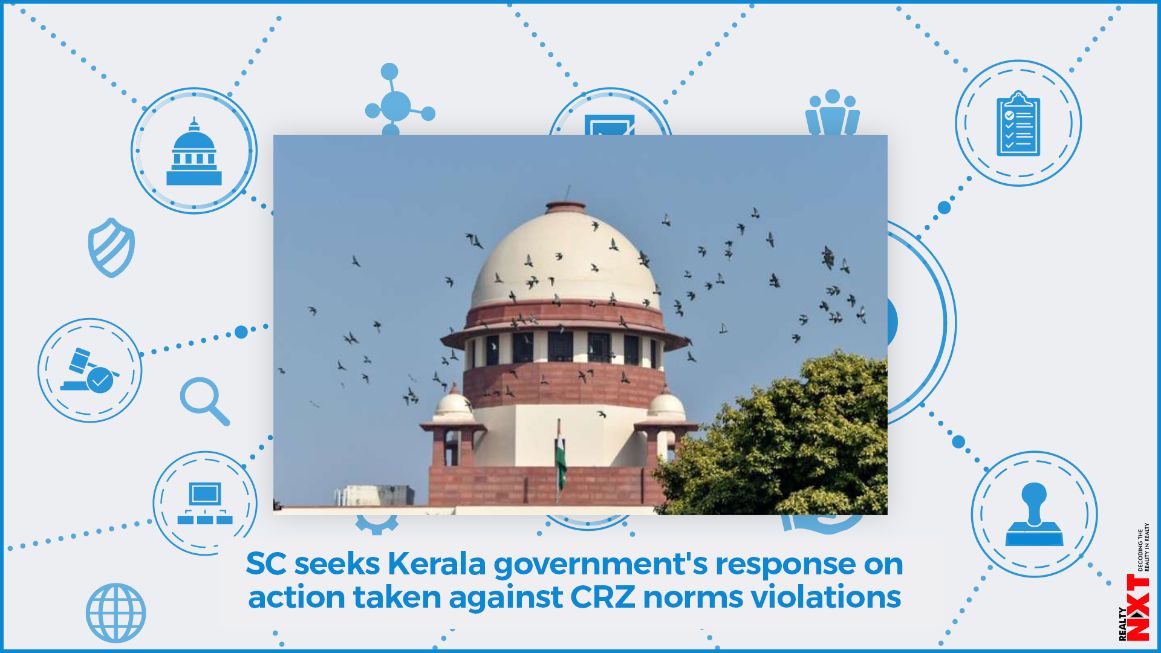 On September 23, last year the top court had observed that illegal construction in coastal areas of Kerala is a “colossal loss” to the environment and expressed shock over a spate of unauthorised structures coming up at Kochi’s Maradu.

The top court sought response from Chief Secretary of Kerala in four weeks on a contempt petition filed by former army man and a film director A K Raveendran alleging gross non-compliance of apex court’s order of September 23 last year in which it had directed Kerala government to ascertain the violation of CRZ norms.

The September 23 directives were in continuance of the May 8 last year demolition order of apartments in Kochi’s Maradu.

A bench headed by Justices R F Nariman, Navin Sinha and K M Joseph said that the top courts orders regarding removal of structures built in violation of CRZ norms be followed in “letter and spirit”.

“Please be clear, we want to see whether you are complying with our order in letter and spirit,” the bench said.

He said that on September 23, 2019, the top court while taking serious note of violation of CRZ norms in coastal areas, had directed Kerala government to ascertain how many such constructions exist which are in violation of the norms.

The bench asked the Chief Secretary to file affidavit within four weeks in response to the contempt petition and asked petitioner to file the rejoinder in two weeks thereafter.

Raveendran in his plea said that he had served the nation in Indian Army for more than 23 years in various posts and is a recipient of the prestigious Sena Medal for gallantry in the year 1992.

He said that his flat in Holy Faith Apartment, which was one among the four apartments in Maradu, was ordered to be demolished on May 8, 2019 by the apex court.

“The petitioner was not aware of any violation of rules with respect to the said apartment and would not have purchased the apartment if there was even a minute violation,” he said.

He added that he apprehends that by the conduct of contemnor post order dated September 23, 2019, there is deliberate and conscious effort to hide other violations which has motivated the petitioner to file this instant contempt petition.

“The contemnor in his affidavit dated September 27, 2019, has undertaken to complete the process of ascertaining the other violations by October 31, 2019, but has failed to furnish any such list before this court. Moreover interestingly the contemnor has not given the details of even the 291 violations which detected by him clearly showing his intentions of evading the directions passed by this court,” his plea said.

Regarding Rs 25 lakh directed by the top court to be given to the flat owners who were evicted, Raveendran said that “till today, no amount is received by the petitioner in accordance with the direction of this court inspite of being evicted without any humanitarian consideration”.

In his plea he pointed out constructions of several luxurious hotels and violations of CRZ norms in other coastal districts of the state including at Kottayam, Ernakulam and Kochi.

“The contemnor is not inclined to take any steps to detect any violations or take any concrete steps against the violations. It is humbly submitted the respondent is bound to detect all the violations in the entire state in a time bound manner and also have to undertake demolition of these illegal structures as ordered by the court,” the plea said.

On September 23, last year the top court had observed that illegal construction in coastal areas of Kerala is a “colossal loss” to the environment and expressed shock over a spate of unauthorised structures coming up at Kochi’s Maradu.

Coming down heavily on the Kerala government for not complying with its orders to demolish four apartment complexes built in violation of Coastal Regulation Zone (CRZ), the top court had asked the chief secretary to conduct a survey to gauge the extent of devastation caused to nature.

The top court had said, “It appears that the authorities, rather than preventing the violations, are trying to mobilize the public opinion and time has come to hold them responsible for their active connivance in such activities of degrading the environment and violation of the coastal zone regulations.”

On May 8, 2019 the apex court had directed that such buildings be removed within a month’s times, which were constructed in a notified CRZ, which was part of the tidally-influenced water body in Kerala.

The court had passed the order after taking note of a report of a three-member committee, which said when the buildings were built, the area was already notified as a CRZ and construction was prohibited.