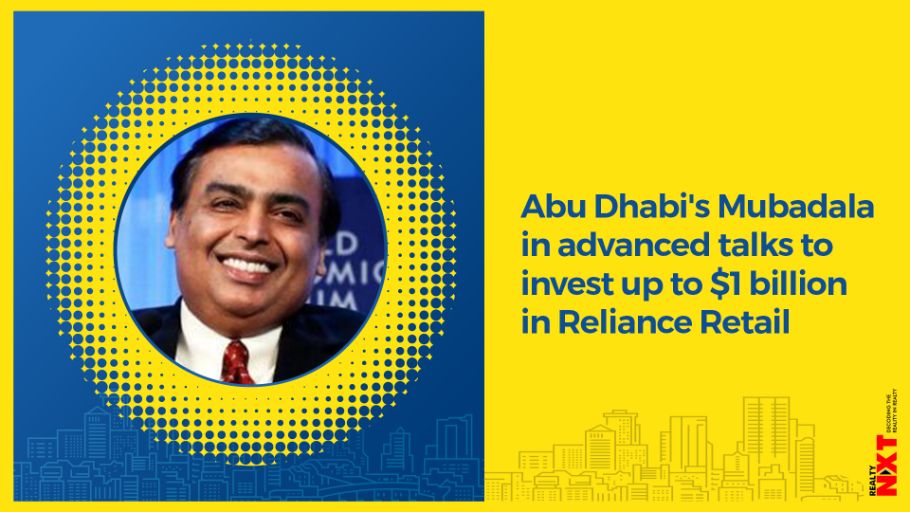 Reliance Retail is on a fund raising spree and has secured around $1.8 billion in the past few weeks from KKR & Co and Silver Lake Partners.

Reliance Retail is on a fundraising spree and has secured around $1.8 billion in the past few weeks from KKR & Co and Silver Lake Partners.

Reliance, controlled by Asia’s richest man Mukesh Ambani, has approached investors, who collectively pumped more than $20 billion into its Jio Platforms digital business this year, to take stakes in its retail business, which has nearly 12,000 stores and sells everything from groceries and electronics to fashion and shoes.

Mubadala invested around $1.2 billion in Jio Platforms and its executives have held extensive talks in recent weeks with Reliance for investing in its retail venture, several sources familiar with the talks said.

While one source said Mubadala “is ready with” $1 billion for Reliance Retail and doing due diligence, a second source said the talks were at an advanced stage and said the investment could be anywhere between $500 million and $1 billion.

A Reliance spokesman said the company cannot confirm or deny any transaction, adding: the “company evaluates various opportunities on an ongoing basis.”

Mubadala declined to comment. It is the second-biggest state investor in Abu Dhabi after Abu Dhabi Investment Authority, managing about $240 billion in assets.

For Mubadala, any further investment into Reliance will come months after it said it was under-invested in Asia and planned to expand its portfolio in the region.

STRONG INVESTOR INTEREST
Reliance is likely to soon announce a few investments into its retail unit, and those will be from investors who recently invested in its digital arm, one of the sources aware of the matter said.

While talks are ongoing with several investors, Reliance believes Facebook and Google, both of which invested in Reliance’s digital business, are unlikely to put funds in its retail division due to lack of synergies, another source said.

“Reliance wants the same set of investors … but some new investors could come in,” the source said.

Japan’s SoftBank Group had also expressed interest in investing in Reliance Retail, but the talks have not moved forward as the company was prioritising other investors with which it has struck recent deals, the source said.

SoftBank did not respond to a request for comment.

Ambani’s push to seek investments in its retail business come as the oil-to-telecoms Indian conglomerate has been looking to expand its e-commerce operations to compete against Walmart’s Flipkart and Amazon.com’s Indian business.

A separate source said Amazon and Reliance have also been in talks, but there was no certainty of a deal on an investment in Reliance Retail.

“For Amazon, the issue is whether their own ambitions in India will collide with Reliance’s,” the source added.

An Amazon spokeswoman said the company has no comment on speculation about what it may or may not do in the future.

Paving The Way Ahead For PropTech, Really Singapore