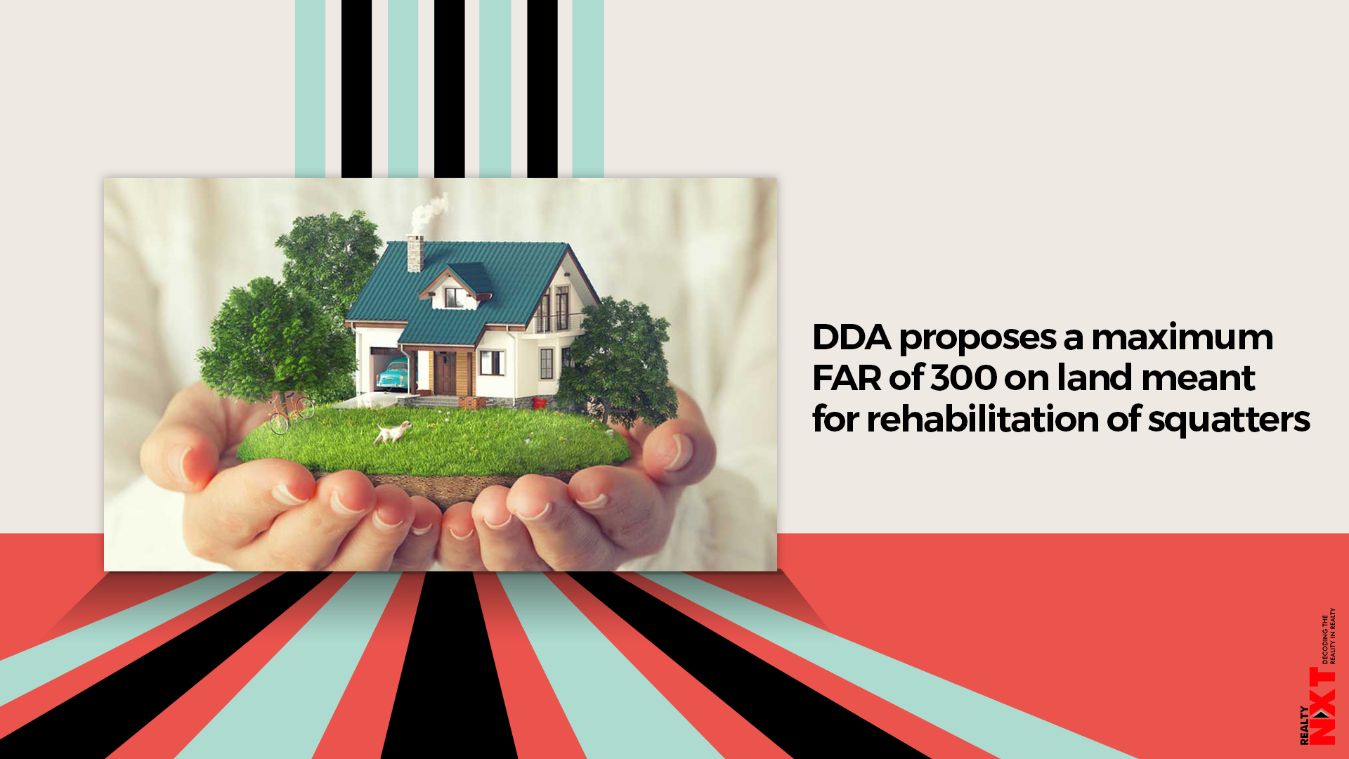 The existing provision in Master Plan Delhi 2021 provides for minimum residential component of the land area for rehabilitation of squatters to be 60 per cent and the maximum area of remunerative use to be 40 per cent, the urban body said in a statement.

Seeking to make Pradhan Mantri Awas Yojana financially viable and feasible, the DDA on Tuesday proposed to allow a maximum floor area ratio (FAR) of 300 on the remunerative component of any land area meant for rehabilitation of squatters, with a flexible mix of uses, officials said.

The existing provision in Master Plan Delhi 2021 provides for minimum residential component of the land area for rehabilitation of squatters to be 60 per cent and the maximum area of remunerative use to be 40 per cent, the urban body said in a statement.

As on date, the remunerative component could only be developed as per the land-use and the FAR permissible under that category, it said.

The authority, the highest decision-making body of the DDA, on Tuesday “took a decision for making PMAY project financially viable and feasible”, a senior official said.

“The approved proposal shall allow a maximum FAR of 300 on the remunerative component with a flexible mix of uses, irrespective of the land use of the said pocket,” the statement said.

“This will pave the way for development of JJ clusters and help in achieving the goal of ‘Housing for All’ in Delhi. The approved proposal will now be sent to the Ministry of Housing and Urban Affairs for final notification under Section 11 A of DD Act,” it added.

In other decisions taken in the meeting, it was also proposed to facilitate setting up of a waste processing plant, the statement said.

Land use of an area measuring 8,094 sqm at the Integrated Freight Complex, Ghazipur, has been changed from commercial to utility. As per the MoU signed in October 2, 2019 between DDA, MCD and CSIR, the DDA had agreed to provide land for setting up the plant, it said.

The approved proposal will now be sent to the Housing Affairs ministry for final notification.

Also, to transparently dispose of Group Housing plots, auction route has been approved and amendment in Nazul Land will be applicable after approval of the ministry, it added.

And to facilitate applicants to get flats of his or her choice under DDA housing schemes, the authority has taken a decision to give them this option on “modest preferential location charges”, it said.

This will be based on the units’ floor location, corner location, facing green area or facing main road. No preferential location charges for floor will be taken for allotment of ground floor as preferred floor to persons with disability, the statement said.

Among other moves, due to COVID-19 pandemic, it was decided to retain the existing rates of misuse charges, other than residential, for the year 2020-21 as compared to the year 2019-20. The misuse charges are levied where any property has been used for the purpose other than the use prescribed as per the terms of the lease deed, it said.

Other decisions, included, nod to incorporate operational structures relating to Regional Rapid Transit System corridors in the Master Plan for Delhi 2021, similar to the exemption given to the DMRC, the DDA said.

Relaxation of parking norms for state bhawans or state guest houses was also approved, it said.