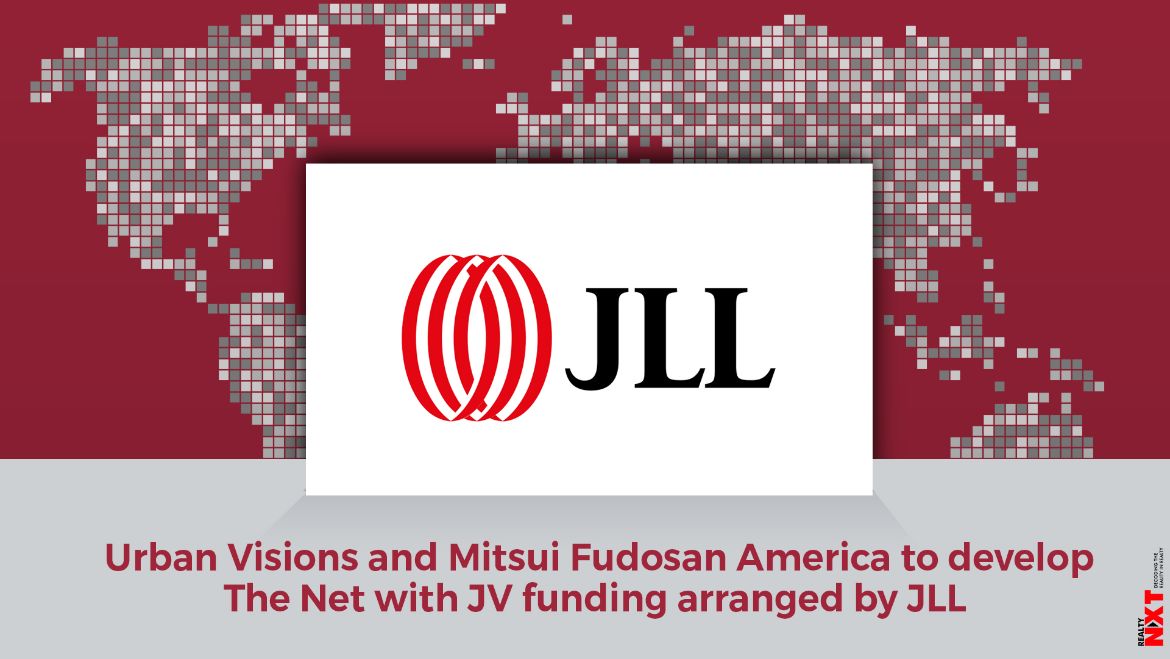 Designed by Urban Visions and the globally recognized architectural firm, NBBJ, The Net is considered a model for how future high-rise buildings should be designed: dedicated to human health and productivity.

JLL Capital Markets announced today that it arranged a joint venture partnership between Urban Visions and Mitsui Fudosan America for the development of The Net, a 36-story, 812,000-rentable-square-foot, iconic Class A office tower development to be located in Seattle’s Central Business District.

Designed by Urban Visions and the globally recognized architectural firm, NBBJ, The Net is considered a model for how future high-rise buildings should be designed: dedicated to human health and productivity. The tower will be comprised of approximately 800,0000 rentable square feet of office, with 12,000 square feet of street level retail and six levels of subterranean parking totaling 390 spaces.

The Net is anticipated to deliver in 2024 and will change Seattle’s skyline with its extraordinary perimeter brace frame design. The development will appeal to a broad array of tenants due to its highly efficient side core design with minimal column spacing, abundant natural light, and planned amenity areas, including a one- of-a-kind multi-level sky-park / lounge on the upper three levels of the tower.

The Net will occupy a half a city block at 801 3rd Avenue in the heart of Seattle’s central business district, commanding unobstructed views of Seattle’s waterfront, Pioneer Square, the Stadium District and Mount Rainier. The tower is less than three blocks from the transformational $4 billion redevelopment of Seattle’s Central Waterfront.

Many of Seattle’stop destinations, including Pike Place, Pioneer Square, Seattle Seahawks CenturyLink Field and Seattle Mariners’ T- Mobile Park are near the Net.  Additionally, with a Transit Score® of 100, The Net is surrounded by numerous transportation options for its tenants, including multiple bus lines, the Seattle Ferry Terminal and the Marion Street Pedestrian Bridge that will connect Colman Ferry Terminal to Downtown Seattle. Just steps away from the Net is also the Metropolitan Grill, considered by many to be among the top-rated premier steakhouses in the country.

“From our research, now more than ever, today’s CEOs need to be located in buildings that prioritize people, especially in regard to personal, organizational and environmental health,” Urban Visions CEO, Greg Smith said. “We listened. The Net will set the standard by which all other high-rise buildings will be measured.”

“Seattle has emerged as the top office market in the U.S. amid this pandemic and will continue to lead in the recovery,” Rohm said. “This is no surprise, given Seattle’s highly competitive cost advantage of living relative to other U.S. markets and the exceptional demand drivers that are in place – the largest global technology companies are headquartered here, attracting and retaining an extensive network of employees and talent in the technology, cloud and engineering space – and the future supply of this scope and type of development is limited.”

“Urban Visions and Mitsui Fudosan have a singular vision for this world class office tower and will define an entirely new generation of office buildings that are foremost focused on occupant productivity and health,” Rohm continued. “Undoubtedly, The Net will establish the new standard for office tower innovation, not only in Seattle, but globally as well.”

JLL Capital Markets is a full-service global provider of capital solutions for real estate investors and occupiers. The firm’s in-depth local market and global investor knowledge delivers the best-in-class solutions for clients — whether investment advisory, debt placement, equity placement or a recapitalization. The firm has more than 3,700 Capital Markets specialists worldwide with offices in nearly 50 countries.