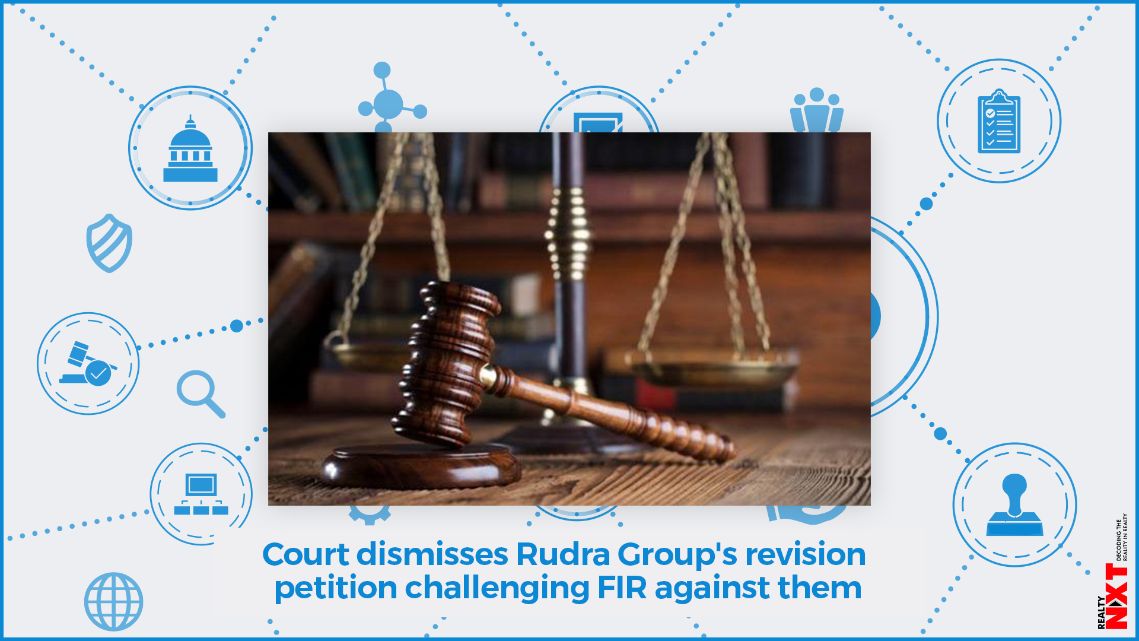 A Session court in Delhi has dismissed the revision petition of the promoters of the ‘Rudra Group’ challenging registration of an FIR against them under charges of cheating and criminal conspiracy.

Additional Session Judge Sanjeev Kumar Malhotra while finding no irregularity or illegality in the magistrate earlier order observed that “allegations and averments made in the complaint as well as in application under sections 156 (3) Code of Criminal Procedure discloses commission of cognisable offence for which police investigation is required.

Chief Metropolitan Magistrate (CMM) of Karkardooma Court in January this year had ordered to registered an FIR against Rudra Buildwell Pvt Ltd, Mukesh Khurana and Babita Khurana under various charges dealing with cheating and criminal conspiracy. According to the FIR, the said builder firm had cheated about Rs 17 lakh from complainant Rohit Kumar Sharma.

Rudra Buildwell Pvt Ltd through its promoter had promised for a ready to move in flat to complainant Rohit Kumar Sharma in their Palace Height Project at Noida Extension, Greater Noida in 2011, but there was no progress in the construction. The complaint also stated that Mukesh Khurana and Babita Khurana had threatened Sharma of dire consequences if he insisted for either the flat or refund of the money given by him.

Meanwhile, counsel for promoters argued that the project of revisionist was delayed as the apex court banned all construction activities from the year 2011-2012 and construction activities could commence from 14.05.2020. Counsel for them also contended that the promoters offered to refund the total amount or to take the possession of the flat before passing the impugned order despite that CMM directed to register an FIR within 24 hours.

The promotors Mukesh Khurana and Babita Khurana are already facing criminal prosecution in another charge-sheet, filed on an FIR registered by various investors for the delay in delivery of Rudra’s Serra Bella/Pavo Real Housing Project in Indirapuram.