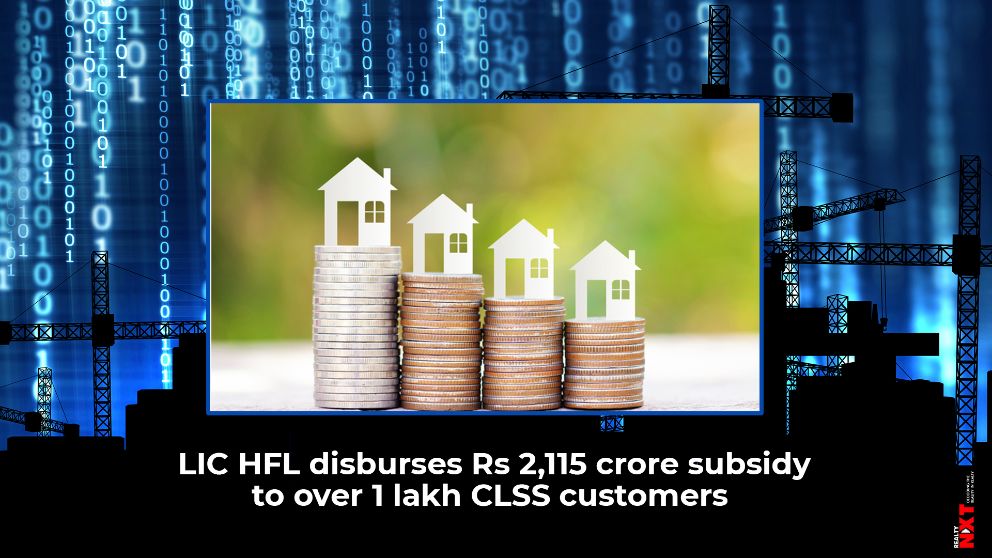 SBI, the nation’s largest lender and also the largest home loan lender, leads the scheme by a wider margin, though.

Leading mortgage lender LIC Housing Finance has disbursed Rs 2,115 crore worth of subsidies to its customers under the credit-linked subsidy scheme (CLSS) as part of PM Awas Yojana since its inception in 2017, a top company official said.

Under this scheme, the second-largest mortgage player has disbursed more than Rs 12,000 crore of affordable housing loans to 1,01,521 borrowers till September-end, Siddhartha Mohanty, the managing director and chief executive of LIC Housing Finance.

SBI, the nation’s largest lender and also the largest home loan lender, leads the scheme by a wider margin, though.

“We have disbursed Rs 2,115 crore in home loan subsidies to our customers eligible for the CLSS under the PM Awas Yojana since its inception in 2017 and up to the end of September. The amount has been disbursed to 1,01,521 borrowers. Total loan disbursed under this scheme is over Rs 12,000 crore, making us the second largest lender under this scheme,” Mohanty said.

The credit-linked subsidy scheme for the middle-income group was initially launched in 2017 for a year. Since then it has been extended many times was to end in March 2020. But following the pandemic, it was extended up to March 2021 in May this year as part of the booster measures.

The MIG families comprise two slabs– those with an annual income of Rs 6-12 lakh called MIG-I, and those with Rs 12-18 lakh are in the MIG-II slab.

The CLSS is part of the 2015, scheme for urban poor to help build a home under the PM Awas Yojana, envisaging affordable housing for all by 2022.

Initially, the scheme was meant for the economically weaker section or lower income group households with an annual income of Rs 3-6 lakh.

On the moratorium accounts, Mohanty said it is 25 per cent of the book, of which individual loans accounted for 16 per cent for which it has made a provisional provision of Rs 2,668.89 crore for the June quarter.