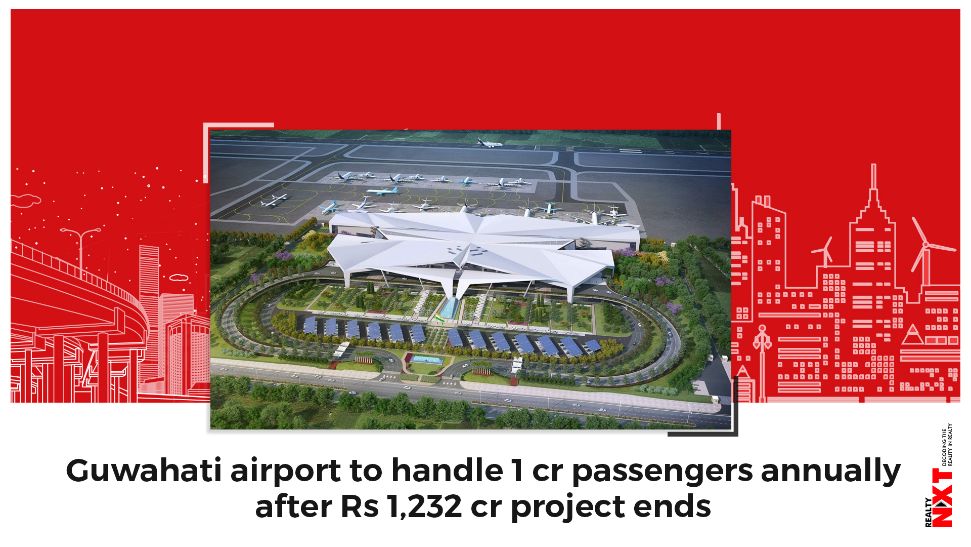 With a total built up area of 1,02,500 sqm, the new terminal would have two levels, arrival at the lower/apron level and departure at the upper level.

The Guwahati airport, the only international airfield in the northeastern region, would handle 10 million passengers annually after the under construction Rs 1,232 crore project ends by 2022, officials said on Wednesday.

With a total built up area of 1,02,500 sqm, the new terminal would have two levels, arrival at the lower/apron level and departure at the upper level.

The AAI officials said that to meet the futuristic demands of Guwahati and add to the infrastructural development of the expanding city, the government has undertaken the new integrated terminal building project.

“More than 38 per cent of the project work has been completed and the new terminal building is scheduled to be ready by June, 2022. Serving one of the fastest growing cities in India, the Guwahati airport also has connectivity with the South-East Asia region and is going to attract more passengers in the coming years,” an AAI release said.

Amid the Covid-19 pandemic, air passenger movement in northeast India has been growing since July.

According to the AAI officials, the LGBI airport in Guwahati has registered 111 per cent increase in airline passengers from 2,812 on July 10 to 5,924 on September 10.

The Agartala airport witnessed a 104 per cent increase, Assam’s Dibrugarh 126 per cent and Imphal 66.5 per cent.

ALSO READ: Continuous Focus On Reforms Will Trigger A Faster Recovery Of The economy: Uday Kotak