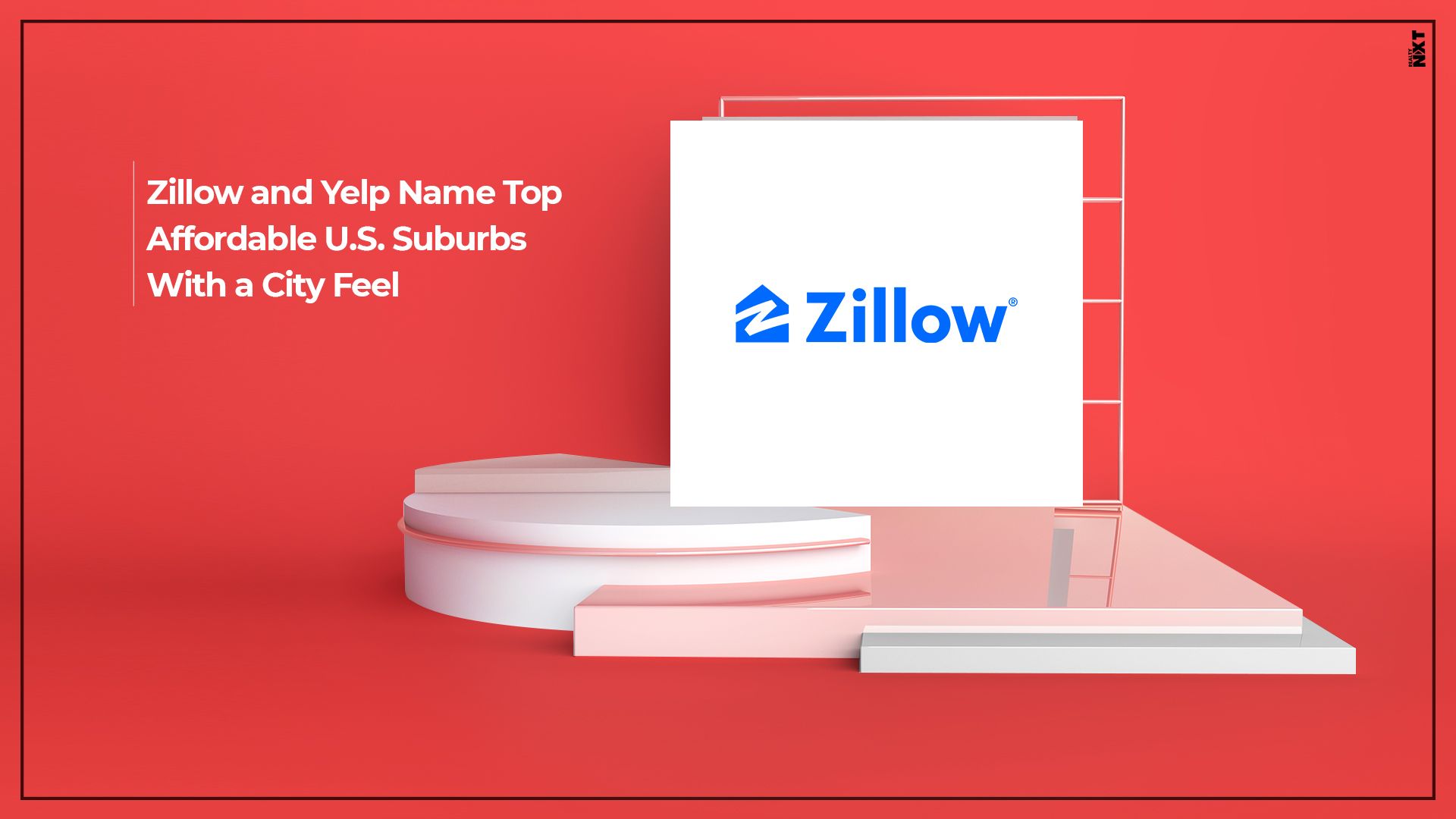 Yelp data shows that the number of quotes requested for movers recently increased 34% in San Francisco, 22% in New York and 6% in Los Angeles

More and more Americans are working remotely and rethinking how and where they want to live. Urban amenities — like restaurants, nightlife, museums and sports venues — have long drawn Americans to live in large cities. While demand remains strong there many buyers are seeking a new balance of indoor and outdoor space and affordability while still maintaining that big-city feel.

A new Cityness Index by Zillow® and Yelp Inc. (NYSE: YELP) pinpoints the U.S. suburbs that best strike that balance.

There is a “Great Reshuffling” on the horizon. Yelp data shows that the number of quotes requested for movers recently increased 34% in San Francisco, 22% in New York and 6% in Los Angeles.. This desire to move is also reflected in a recent Zillow poll of people newly working from home because of the pandemic, with two-thirds saying they would consider moving if they had the flexibility to work from home occasionally.

The Cityness Index combines data from Zillow and Yelp to identify relatively affordable areas near major metros that offer amenities that give the suburbs the feel of big-city living. Key metrics include home values compared to the nearest big cities and to the country at large, housing availability, the mix and diversity of businesses – including restaurants, nightlife and the arts — and consumer reviews and check-ins.

Using these criteria, Zillow and Yelp assigned a Cityness Index score to hundreds of suburbs across the country and identified the highest scores in 50 of the largest U.S. metros. Waterbury, Conn., near New Haven and Hartford, topped our list, beating out Lowell, Mass., for the top spot. Filling out the top five are Joliet, Ill.; Sunrise, Fla.; and Pasadena, Texas.

“We are seeing extremely strong housing demand due to low interest rates and more and more millennials and Gen Zers reaching prime home buying age,” says Zillow senior economist Cheryl Young. “This demand is also driving up prices and depleting inventory. Young people looking to buy and find space for their expanding families can bid farewell to big city premiums without giving up the feel of a city in amenity-rich suburbs.”

Zillow and Yelp’s top 10 affordable suburbs with a city feel:

Lowell sits about 25 miles northwest of Boston near the New Hampshire border, and offers an ideal blend of city-like amenities with suburban conveniences. Residents can immerse themselves in the history of America’s Industrial Revolution at Lowell National Historical Park or take a casual stroll along the Merrimack River, which winds along downtown Lowell. Highly-rated businesses like Coffee and Cotton, Panela and Life Alive make Lowell a great option for people looking for a variety of locally-owned restaurants and coffee shops.

Yelp data shows that Boston residents may be interested in moving, as consumer interest in movers  recently increased 21% in the Boston metropolitan area, and home values in Lowell are about half what you would expect to pay in Bostonproper. Brockton, Mass. also scored highly in our Cityness Index, demonstrating the plentiful options available in the Boston area.

Joliet is perhaps best known for being home to the Chicagoland Speedway, but there’s plenty more to this Chicagosuburb. Businesses like My Grain Brewing and Home Cut Donuts are highly rated Joliet favorites on Yelp.

Nearby Aurora, Ill., nearly made the list, but Joliet’s housing affordability advantage gave it the edge. The typical home in Joliet is about 40% less expensive than the typical Chicago home.

Minutes away from the beach and the Everglades, natural beauty is never far when you’re in Sunrise. For sports fans, Sunrise is home to the NHL’s Florida Panthers and several golf courses. Locals rave about All That Jazz, My Organic Corner, and Bap Bistroin their Yelp reviews.

Yelp data shows that consumer interest for movers in the Miami metropolitan area recently increased by 11% and, with a portion of those people likely to be eying city-like suburbs, they are spoiled for choice. Multiple South Florida communities scored well in our Cityness Index, including Delray Beach and Boca Raton, but none could surpass the mix of affordability and city-like amenities that Sunrise offers. The typical home in Sunrise is 36% less expensive than in the city of Miami.

About 15 miles southeast of downtown Houston you’ll find Pasadena, home to one of the largest urban wildlife preserves in the U.S. Yelp users rate Sycamore Grounds and Credeur’s Cajun Cookin’ as some of their top local haunts, and enjoy the great outdoors at Armand Bayou Nature Center.

Pasadena offers an affordability edge over Houston, with the typical home value 14% lower.

Lancaster is located near the north edge of the greater Los Angeles area, within the Antelope Valley. Tens of thousands of visitors flock to the area each year for the California Poppy Festival to view more than 1,700 acres of the state’s official flower.

Yelp data from the Los Angeles metropolitan area indicates that residents may be looking for a change, as consumer interest in local real estate agents increased 156%. Housing affordability relative to the area shot Lancaster into the top 10 — the typical Lancaster home is less than half the price you’d expect to pay in the city of Los Angeles.

With the Chesapeake Bay to the north and east and the Hampton Roads Harbor to the south, Hampton residents have plenty of options for water and beach activities. There’s no shortage of good eats in Hampton: Locals rave about Sly Clyde Ciderworks and Got Fish? Seafood on Yelp. Music is central to the history of Hampton thanks to the Hampton Coliseum, a popular venue with Phish fans who lovingly call it “the mothership” — the arena has also hosted other legendary bands, including the Rolling Stones, Led Zeppelin and the Grateful Dead.

Typical home values in Hampton are nearly 60% less than nearby Virginia Beach (city) and 36% less expensive than the typical U.S. home.

Marietta is about 20 miles northwest of Atlanta, and offers residents easy access to Interstate 75 to go out on the town and experience all Atlanta has to offer. This suburb’s spot in the top 10 is due in large part to its affordability. Although typical home values in Marietta are slightly higher than the city of Atlanta, it’s still relatively more affordable than other nearby suburbs, like Canton and Smyrna.

Known for its abundance of nature and parks, the culinary scene in Marietta rivals that of Atlanta, with favorites like The Marietta Local and Spring, according to Yelp.

Home to the University of Oklahoma, Norman offers a small-town atmosphere with a vibrant nightlife in addition to its plentiful coffee shops and parks. Yelp users rate Neighborhood Jam, Charleston’s and El Huevo Mexi-Fresh as some of their top local haunts. Norman homes are generally more expensive than those in Oklahoma City, but Norman still offers an affordability advantage over the typical U.S. home.

“Norman is a gem nestled in the heart of Oklahoma,” says Heather Schleeper, Broker at Heather & Company Realty Group. “People are drawn to Norman for its small town charm and historical district, while still being able to enjoy a larger city feel due to its many thriving businesses.”

Just east of Phoenix and home to Arizona State University, Tempe is known for a bustling performing arts scene: Top-rated businesses in the arts and entertainment category on Yelp include Tempe Center for the Arts and Painting with a Twist. Locals and tourists alike enjoy soaking in the surrounding scenery while kayaking and paddleboarding at Tempe Town Lake. .

“Tempe is at the center of it all,” said Nick Stair, a Tempe resident and real estate agent with the Laughton Team. “Not only is it geographically at the heart of the Phoenix metro area, but it has its own arts and culture scene, and access to the great outdoors with Tempe Town Lake for bike rides and boating, and Papago Park for hiking.”

The Cityness Index is designed to highlight cities with vibrant amenities and relatively affordable housing, which result in a city-like environment in a more-affordable suburban region. Any city not included in the official name of a metropolitan area, as defined by the U.S. Census, was counted as a suburb in this analysis. The highest-scoring suburb in each of the 50 largest U.S. metro areas were considered, with the highest scores among those making it into the final top 10 list of the most city-like suburbs.

There were four individual Yelp indicators evaluated for each suburb to determine its cityness.

Among these, the mix of businesses indicator was given most weight.

The mix of businesses was found by comparing the distribution of open businesses across its major business categories, such as home services and restaurants, in each candidate city with the average distribution in several of the largest U.S. cities. Diversity of business type was measured across two sectors: (1) restaurants, food, and nightlife; and (2) the arts. Suburbs were compared by how many unique types of businesses, such as piano bars or diners, are present. Consumer activity was measured as the number of page views, reviews, and photos per business.

Zillow analyzed five main variables. The most impactful variables were targeting affordability of these suburbs compared to the principal cities in the metropolitan area and the US overall:

In each of the Zillow variables, multi-unit housing was given extra weight in calculating inventory to emphasize housing availability in more dense, city-like parts of town.

The collection of Yelp indicators and Zillow variables were each given 50% of the overall weight for the final index. Scores reflect data from June 2020 to August 2020.

Zillow, the most visited real estate website in the U.S., is building an on-demand real estate experience. Whether selling, buying, renting or financing, customers can turn to Zillow’s businesses to find and get into their next home with speed, certainty and ease.

Yelp Inc. connects people with great local businesses. With unmatched local business information, photos and review content, Yelp provides a one-stop local platform for consumers to discover, connect and transact with local businesses of all sizes by making it easy to request a quote, join a waitlist, and make a reservation, appointment or purchase. Yelp was founded in San Francisco in July 2004. Since then, Yelp has taken root in major metros in more than 30 countries.