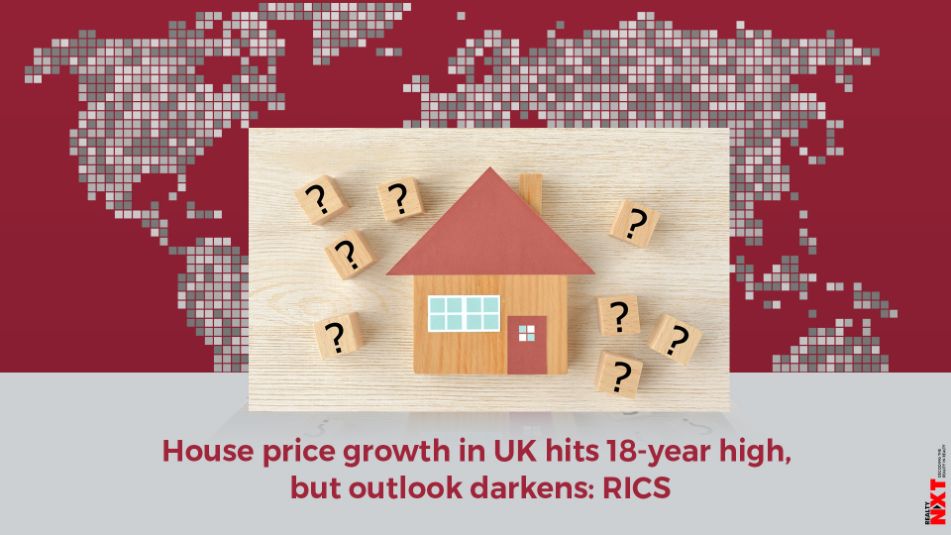 The Royal Institution of Chartered Surveyors (RICS) said its house price index shot up unexpectedly to +61 from +44 in August, the highest reading since June 2002.

A post-lockdown boom in Britain’s housing market pushed a gauge of house prices to an 18-year high last month but the outlook is darkening fast ahead of an expected jump in unemployment, a survey showed on Thursday.

The Royal Institution of Chartered Surveyors (RICS) said its house price index shot up unexpectedly to +61 from +44 in August, the highest reading since June 2002.

A Reuters poll of economists had pointed to a reading of +40.

The survey, which is based on the findings of surveyors across the United Kingdom, added to widespread evidence of a surge in housing market activity, spurred by a release of pent-up demand following the coronavirus lockdown, people seeking bigger homes and a temporary cut to property sales tax.

“However, there is increasing concern that the combination of significant job losses over the coming month allied to the scaling back of policy initiatives in early 2021 will have an adverse impact on transaction levels,” Simon Rubinsohn, RICS’ chief economist, said.

Around 700,000 people on payrolls have lost their job since the start of the pandemic, according to tax data, and worse is likely to follow once the government’s furlough programme closes at the end of this month.

The upturn in sales was expected to continue over the coming three months but RICS’ gauge of sales expectations for the next 12 months fell again in September and neared March’s record low.

Many chartered surveyors doubted that this will prompt a fall in house prices.

“There is little sense this softer sales picture will be accompanied by very much easing in the momentum around prices and rents adding to the ongoing challenge around affordability,” Rubinsohn said.

Prime Minister Boris Johnson pledged this week to make it easier for first-time homebuyers to take out a mortgage in an effort to overturn “disgraceful” low rates of home ownership among young people.