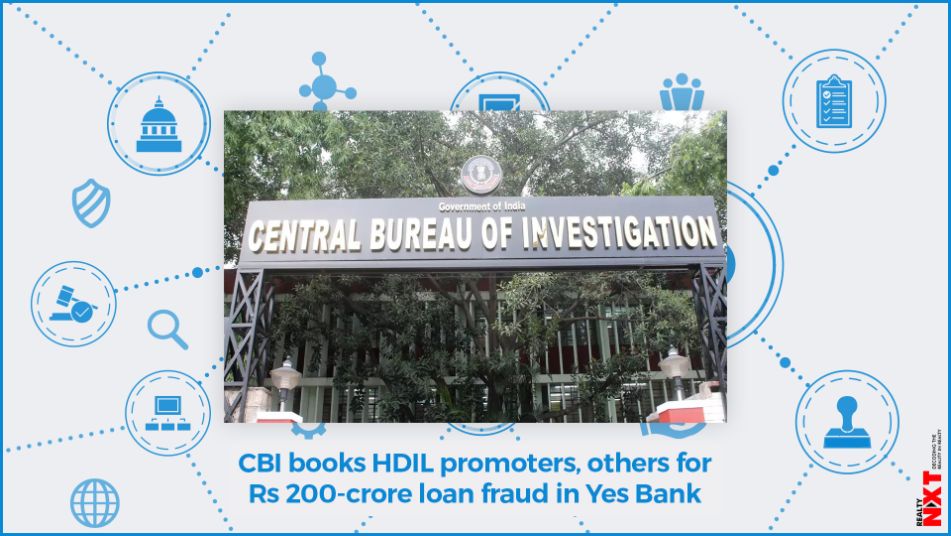 After registering the case, the CBI on Friday searched the residences of Rakesh Wadhawan and his son Sarang and former PMC Bank chairman Singh in Mumbai, they said.

It is alleged that loans taken for Mack Star were transferred to settle HDIL liabilities to Yes Bank without intimation to its majority stakeholder and investor Ocean Deity Investment Holdings Ltd (ODIL) in a conspiracy orchestrated by the HDIL promoters, directors, and auditors.

Sources in the agency said the role of former Yes Bank promoter Rana Kapoor and other senior executives of the bank, not named as accused in the FIR, is likely to come under the scanner in the case.

After registering the case, the CBI on Friday searched the residences of Rakesh Wadhawan and his son Sarang and former PMC Bank chairman Singh in Mumbai, they said.

The agency also carried out searches at nine other premises in Mumbai, including two offices of HDIL, auditor company Ashok Jayesh, and residences of other HDIL Directors Lakhminder Dayal Singh, Amanpreet Singh, and Senior Vice President Venkatawardhan N Iyenger, all named accused in the FIR, they said.

Sarang Wadhawan had reportedly denied any wrongdoing in the transactions.

The CBI received the information through “reliable sources” alleging that Mack Star had developed an office building Kaledonia in Mumbai worth Rs 1,000 crore — Rs 900 crore spent on land and remaining Rs 100 crore towards construction.

The investment of Rs 1,000 crore in the building was mostly done by ODIL, the FIR said.

Since HDIL had experience in developing real estate, its promoters Rakesh Wadhawan and Sarang Wadhawan were appointed as Directors in Mack Star.

Other directors of HDIL termed “Wadhawans Directors” — Lakhminder Dayal Singh, Amanpreet Singh, Venkatavarathan N Iyengar — also found a place as Directors in Mack Star along with Waryam Singh, while ODIL played a passive role in the management of the company.

After taking day-to-day control of Mack Star, the Wadhawans also operated bank accounts of the company — a common practice in a joint venture between foreign and domestic entities — the CBI FIR said.

The promoters of HDIL, which was in severe financial stress, allegedly took advantage of their management control to take six loans worth over Rs 200 crore from Yes Bank during 2011-16 in violation of Article of Association conditions, the CBI alleged.

Most of the loan amounts were used to discharge liabilities of HDIL Group and the Wadhawans to Yes Bank, it alleged.

While the company was disbursed loan of Rs 200.3 crore, only Rs 138 crore was credited into its current account and the remaining was directly transferred for settlement of HDIL liabilities to the bank, it alleged.

Over Rs 135 crore received by Mack Star was also transferred to accounts of HDIL and its group companies on the same dates of disbursement, it alleged.

HDIL and its group companies used Rs 96 crore to discharge their liabilities to Yes Bank.

It was all allegedly done keeping ODIL, the majority stakeholder, in dark by colluding with the audit firm, Ashok Jayesh and Associates, whose senior partner was a director in HDIL and close to the Wadhawans and had misappropriated two offices owned by Mack Star, the agency said.

The loans of Rs 140 crore were ostensibly sanctioned to Mack Star for modification, renovation, and refurbishment of Kaledonia which was a new building having a construction cost of Rs 100 crore making such lending fictitious, the CBI said.

Yes Bank too sanctioned the loans without fulfilling key condition which required approval from majority stakeholder ODIL, it alleged.

“Unidentified officials of Yes Bank deliberately avoided alerting the investor ODIL about these fraudulent loans and disbursed them,” an official said, citing the FIR.

The Central Bureau of Investigation (CBI) FIR alleged that the entire circular flow of transactions happened within Yes Bank system and accused directors of HDIL and Mack Star and auditors of misappropriated the funds to their advantage causing a loss to the bank.