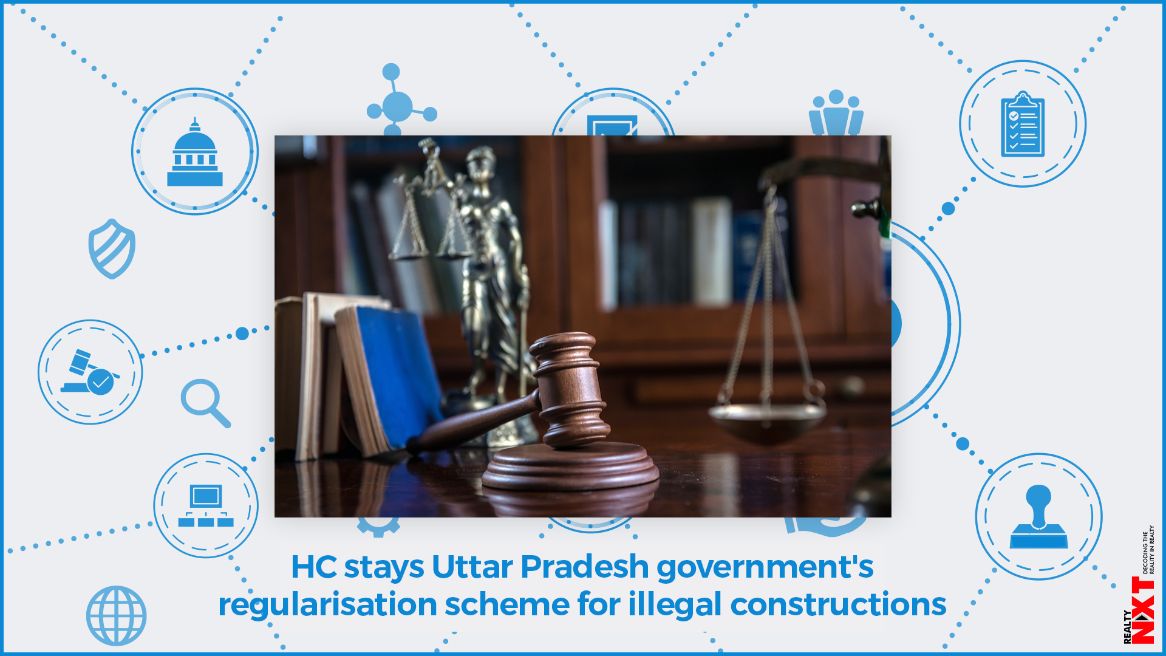 In an interim order on October 7, the high court said the new compounding scheme was “contrary to the aims, objectives and the provisions” of the Uttar Pradesh Urban Planning and Development Act, 1973.

The Allahabad High Court has put an interim stay on a scheme that allows regularisation of illegal constructions against payment of fees and asked the Uttar Pradesh government to give justification for the move.

In an interim order on October 7, the high court said the new compounding scheme was “contrary to the aims, objectives and the provisions” of the Uttar Pradesh Urban Planning and Development Act, 1973.

The state government notified the new compounding scheme on July 15, under which various constructions otherwise not permissible in building bye-laws have been made “compoundable”.

Hearing a writ petition filed by Mohd Meherban Ansari and three others, Justice Ashwani Kumar Mishra directed the additional secretary of the department concerned to file a reply justifying the scheme and fixed October 20 as the next date of hearing.

“A prima facie perusal of the compounding scheme, 2020 would go to show that the illegalities committed by violating the provisions of the UP Urban Planning and Development Act, 1973 by raising illegal constructions are sought to be regularised upon payment of huge composition fee,” the court said.

The judge said the scheme would “clearly discourage the honest citizens who ensure compliance of laws by obtaining prior permission as per the Act of 1973, in as much as they are subjected to stricter norms provided in the building bye-laws, while those who violate the law are allowed to raise much larger constructions, which is not even permissible in the building bye-laws.”

The court has restrained the state government from “compounding” any illegal construction under the scheme and directed it to communicate the order to all development authorities for necessary compliance.