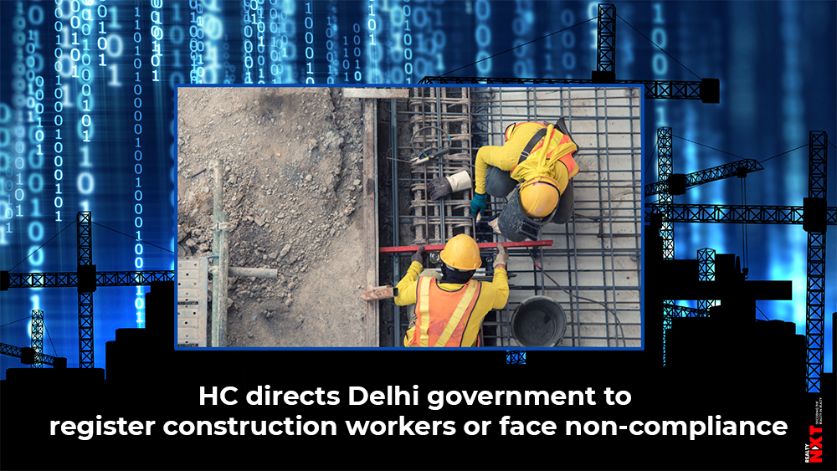 Delhi government’s additional standing counsel Sanjoy Ghose and advocate Urvi Mohan, appearing for the board, told the court that the board secretary would be present from the next date of hearing to assist the bench.

The Delhi High Court has directed the city government’s Building and Other Construction Workers Welfare Board to implement its orders with regard to registration and membership renewal of labourers and warned that it will take a strict view of non-compliance of its directions.

A bench of justices Vipin Sanghi and Rajnish Bhatnagar said unless the court’s orders have been set aside or put on hold by the Supreme Court, the board has to comply with those.

With the direction and observation, the bench listed the matter for hearing on October 21.

The direction came after the bench was informed by lawyers Shyel Trehan and Shiven Varma that the court’s directions with regard to the process of registration and renewal of registration were not being complied with and several issues were being encountered on account of varied reasons.

Trehan said she will file a short note with regard to the issues being faced by the labourers.

Delhi government’s additional standing counsel Sanjoy Ghose and advocate Urvi Mohan, appearing for the board, told the court that the board secretary would be present from the next date of hearing to assist the bench.

They added that the issues raised by Trehan in her note would also be answered on the next date.

The court was hearing a public interest litigation (PIL) filed by social activist Sunil Kumar Aledia, seeking registration of all construction workers here under the Building and Other Construction Workers Welfare (BOCWW) Act, so that they can get the benefit of the relief package or ex-gratia of Rs 5,000 per month being provided to each labourer during the lockdown.

The petitioner has contended that only a small number of the over 10 lakh workers in the city are registered under the laws regulating their welfare and service conditions and thus, a huge chunk of the labourers is not getting the benefits meant for them.

The court has been issuing directions from time to time in the matter with regard to streamlining the registration and renewal process so that the workers can get the benefit of the ex-gratia offered by the Delhi government during the lockdown.

One of the directions was to carry out a verification of the labourers for registration or its renewal via video calls and to seek their physical presence only when that is not possible.

The court had said this will ensure that the workers who went back to their villages are not denied the ex-gratia on the ground that there was no physical verification.

It will reduce their exposure to the pandemic and the recordings of the video calls can be preserved for future references, the bench had said.

The court had also asked the board to ensure adequate publicity of the location of its registration camps as a lot of workers had not appeared at these camps to register themselves.

It had directed the board to publish the details of the camps in the vernacular newspapers in the national capital and to ensure that a sufficient advance notice is given to the workers for verification at the camps.

The petitioner has contended that despite a collection of over Rs 2,000 crore under the Building and Other Construction Workers Welfare Cess Act in the names of lakhs of workers, only around 37,127 construction labourers, who are registered, are getting the benefits.

The petition has also claimed that there has been gross under-registration of construction workers in the national capital since 2015.